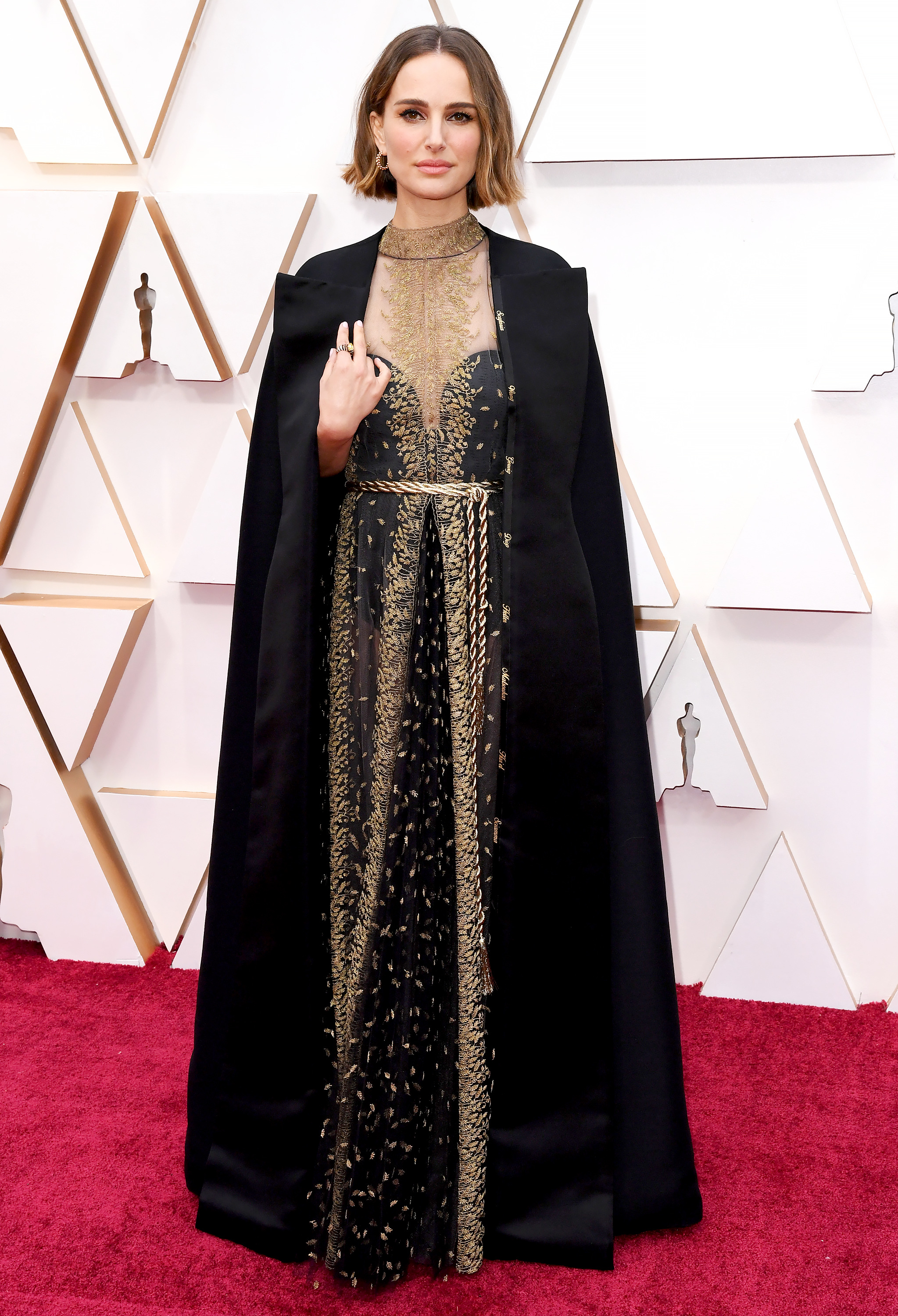 Making a statement. Natalie Portman stepped onto the Oscars red carpet ready to spread a message on Sunday, February 9.

The actress, 38, wore a stunning black Dior gown with gold embroidered details. Over the gown, she wore a black cape, which included the names of multiple female directors who did not get nominated for an Oscar — and who she felt deserved it.

“I wanted to recognize the women who were not recognized for their incredible work this year in my subtle way,” the Lucy in the Sky star told the L.A. Times on the red carpet ahead of the 92nd annual Academy Awards.

Martin Scorsese (The Irishman), Todd Phillips (Joker), Sam Mendes (1917), Quentin Tarantino (Once Upon a Time in Hollywood) and Bong Joon Ho (Parasite) are the five directors nominated this year. The first two openers of the night, Steve Martin and Chris Rock, made a joke about the lack of women at the top of the show. When Martin, 74, said that something was “missing” in the directors’ nominees. Rock, 55, answered, “Vaginas!”

In 2018, the Oscar winner presented at the ceremony and called out the lack of women in the Oscars category. “Here are the all male nominees,” she said while standing on stage next to Ron Howard.

Portman is not the first to point out the lack of female nominees this year. While announcing the 2020 nominations, Issa Rae made a pointed remark after listing off the all-male roster in the best director category.

“Congratulations to those men,” she said with a serious face in January.

Many were shocked when Gerwig, 36, wasn’t nominated — including her partner Noah Baumbach, who wrote Marriage Story.

“I can’t speak to what happened. I mean there are many movies that I love this year that may not have gotten always acknowledged for things,” he told Us Weekly exclusively last month. “I love Little Women. I love The Souvenir, Joanna Hoggs‘ movie. Fantastic. I love Lulu Wong’s movie.”