Queen Elizabeth II was spotted with her son, Prince Charles, 70, Theresa May and Donald Trump and Melania Trump at the service in Portsmouth. The Queen was dressed for summer in a bright pink suit as she was also joined by the political heads of 16 countries involved in World War II. The trip to Portsmouth is part of the last day of Donald Trump’s three-day state visit to the UK. She paired the fuchsia jacket with a matching pink hat which had feather detailing.

The Queen kept her suit buttoned shut but it had a low v-neck which gave a glimpse of a top underneath.

The monarch could be seen wearing a cream top which had a pink and blue floral pattern.

Dressing up the look, the royal wore a pearl necklace and matching pearl stud earrings.

On the coat, Queen Elizabeth II wore a large silver brooch which had the design of a pink rose on it.

She also wore a slick of matching pink lipstick to complete the look. 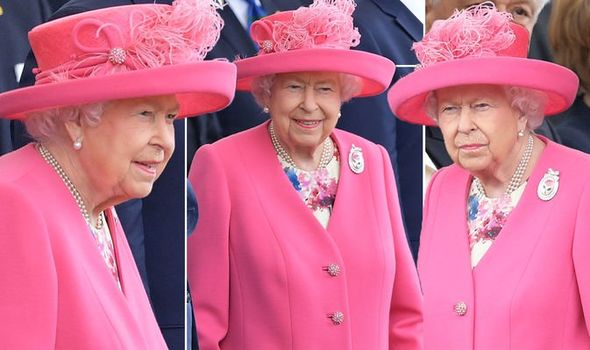 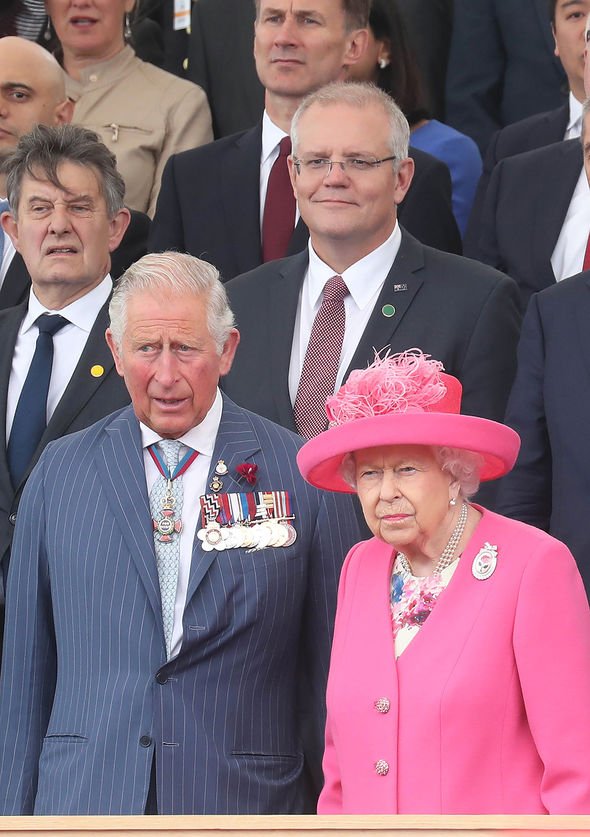 The Queen was also spotted with Donald Trump when she greeted him as he arrived for the first day of his state visit on Monday 3 June.

She wore a stylish mint suit which was decorated with an emerald, diamond and pearl brooch known as the Cambridge Emerald Brooch.

The coat was a pale green A-line coat by Stewart Parvin and she wore a pleated silk dress underneath.

Pairing this with a pair of black leather pumps and a leather handbag, she was spotted greeting Donald and Melania Trump as they arrived at Buckingham Palace.

The First Lady, Melania Trump, has been seen accompanying Donald as he carried out duties as part of the visit. 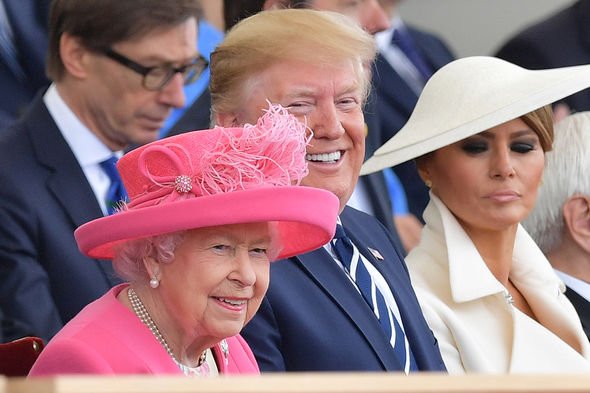 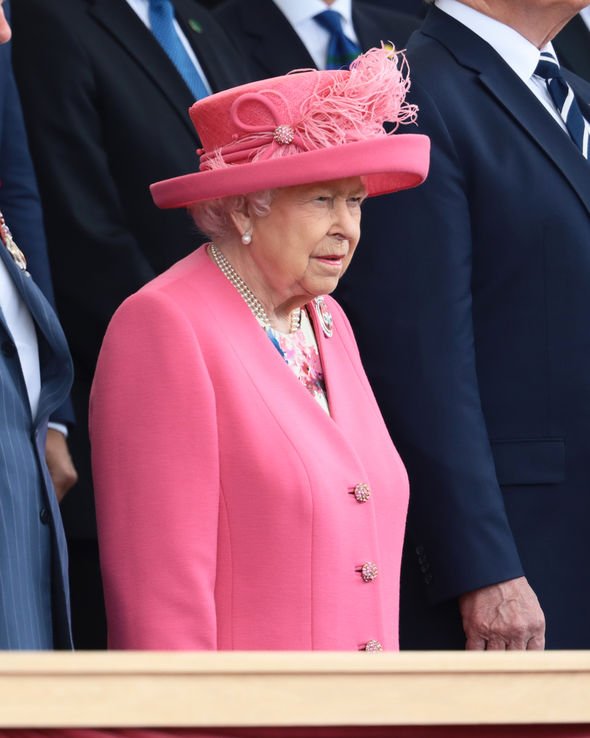 Melania was spotted wearing white at the D-Day service with the Queen and Donald Trump.

She wore a white wool coat which was nipped in at the waist by a thick belt.

The former model completed her look with a white hat by Pilip Treacy.

Throughout her trip, Melania has opted to wear a number of white outfits as she attended various events.

Donald’s daughter, Ivanka Trump, 37, was also spotted in a collection of white garments.