ONE woman was left shocked when she received a "free pair of dirty knickers" in her latest online delivery.

Shops may have reopened, but there's still nothing better than a parcel of new wardrobe goodies turning up on your door – but one shopper got a lot more than she bargained for when she splashed out on some new jeans. 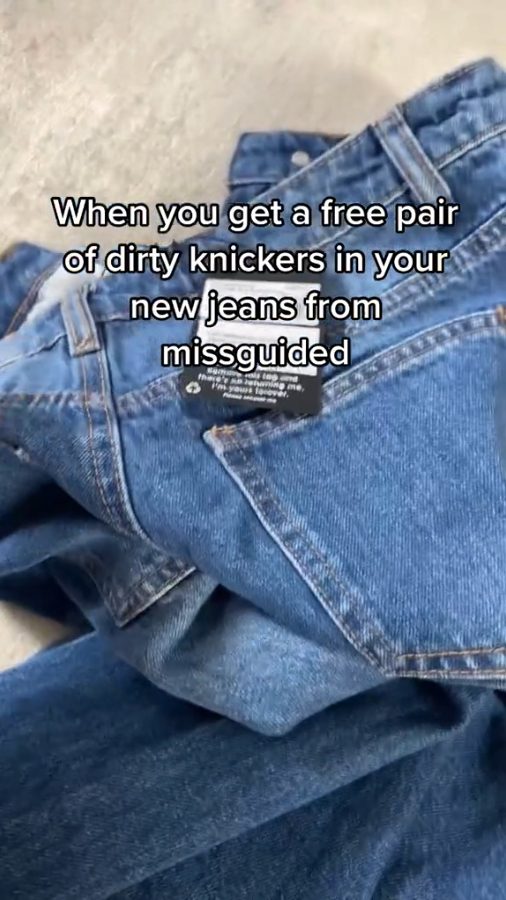 TikTok user Courtney Rudgewick shared a video online of the nasty surprise she received while opening her delivery from Missguided.

She had bought herself a pair of jeans, but found a pair of used knickers stuffed inside.

"Yuk yuk yuk yuk," she wrote alongside her video, adding: "When you get a free pair of dirty knickers in your new jeans from Missguided."

Courtney explained: "I've literally just ordered these jeans from Missguided and look, a dirty pair of knickers has just come out of the bottom of the leg. 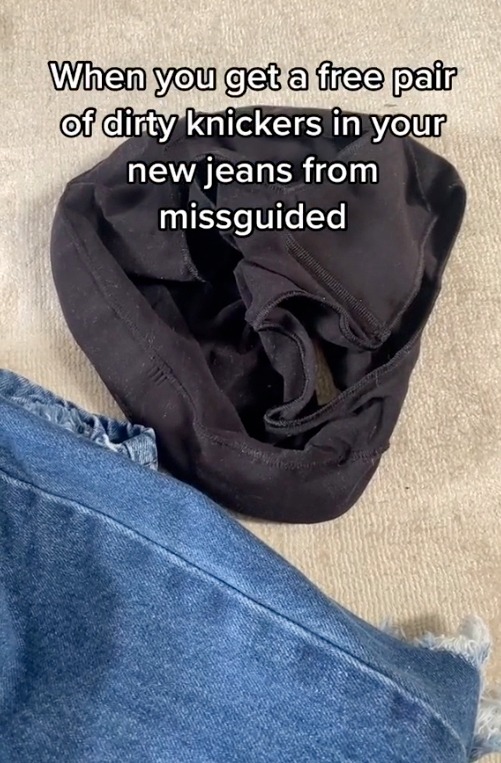 "Someone has obviously took their trousers off and their knickers and they don't even realise they've now got no knickers on and Missguided have sent them out."

"They were all tangled in the leg," she claimed. "How disgusting."

Over 164k have watched Courtney's video, with thousands liking the post and hundreds commenting sharing their outrage. 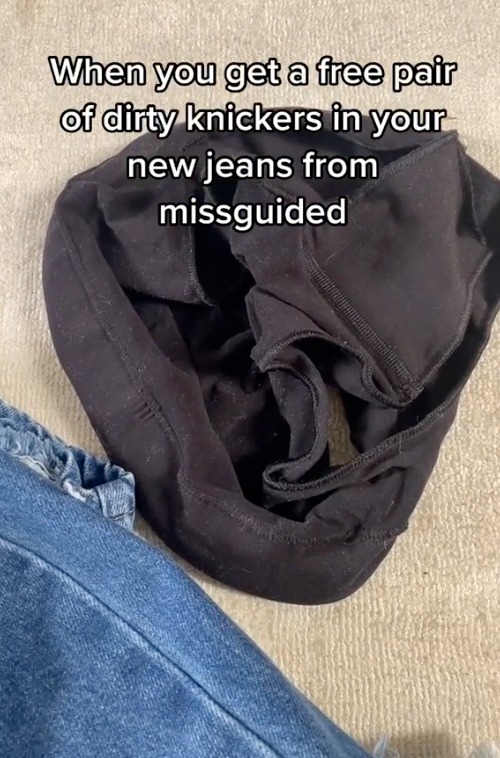 Many people were left feeling nauseous, with one person replying to Courtney: "I'd BE SICK."

Another said: "Ohhh hell no," while a third wrote: "NO NO JUST NO."

One more wrote: "NOOOO THIS IS MY WORST NIGHTMARE."

"This is why u should ALWAYS was clothes you buy," warned one fellow shopper.

Another felt Courtney's pain, as they commented: "That is disgusting. I'd be fuming."

Fabulous has contacted a rep for Missguided for comment.

Meanwhile, ex-Primark workers have shared their customer horror stories from bizarre bra fittings and finding poo on the shop floor.

Plus, one former McDonald's staff member has revealed what it's really like to work for the fast food giant and how one server got sacked in an hour.

And one girl reveals how she cat-fished her best friend after growing tired of her always putting men first.