IT'S a dilemma every parent is familiar with – the agonising struggle of trying to get a grouchy baby off to sleep.

Yet one mum discovered a shocking and hilarious way to send her newborn daughter to the land of nod instantly – a heavy metal musical lullaby! 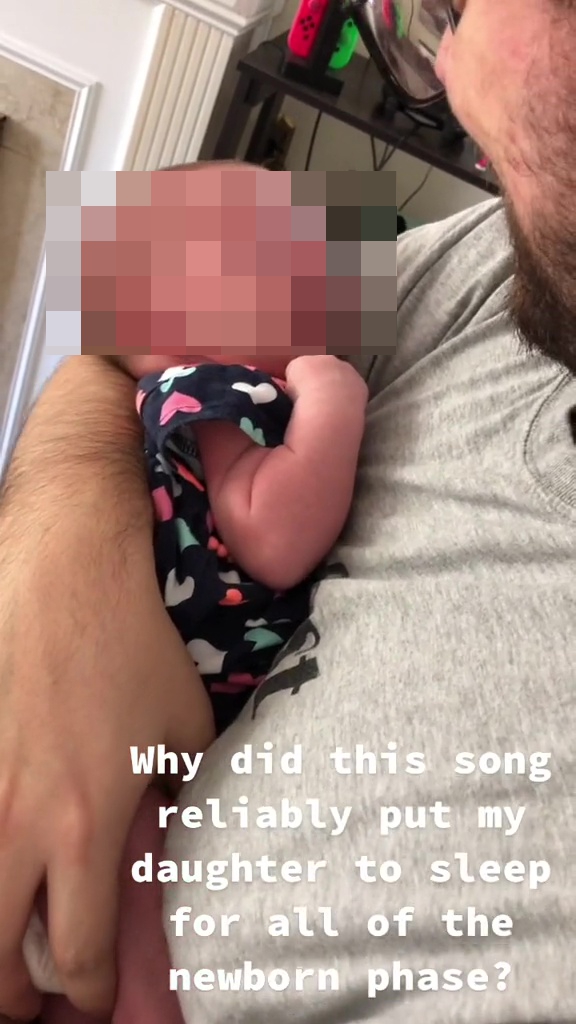 The clip that Mary O' Brien shared on TikTok of her new arrival showed her "inconsolable" in the arms of her father – until the music kicked in.

The on-screen caption asks quizzically, "Why did this song reliably put my daughter to sleep for all of the new-born phase?"

The unexpectedly hypnotising track was Jezebel by Memphis May Fire – and within seconds of the vocal kicking in, the baby girl relaxes and lulls herself gently to sleep.

Her grinning father cannot believe his eyes – but when the clip, which has been viewed over 1.2 million times, surfaced online, others stepped forward to share their own secrets on music for baby's bedtime.

One said all that would calm her infant was the podcast Morbid, while another revealed, "My daughter stops crying immediately when she hears Montero by Lil Nax X!"

One fellow mum joked, "Hey, could you come pick your daughter up? She tried starting a mosh pit at daycare again!"

Parents who tried to replicate the secret sleep remedy had similar results, with one commenting,  "WHY DID THIS JUST WORK ON MY EIGHT-MONTH-OLD?"

Parents who tried to replicate the secret sleep remedy had similar results, with one commenting,  "WHY DID THIS JUST WORK ON MY EIGHT-MONTH-OLD?"

The answer may lie in an article published in Young Children, revealing that "steady beats and rhythms that parents use to soothe their infants or rock them to sleep and the songs they sing to their children" contain similar "complex patterns".

In other words, the baby may be triggered to associate the musical rhythms with the patting motions and sounds parents use to comfort them when they're falling asleep.

With metal music working this effectively, new mums might just have their work cut out. 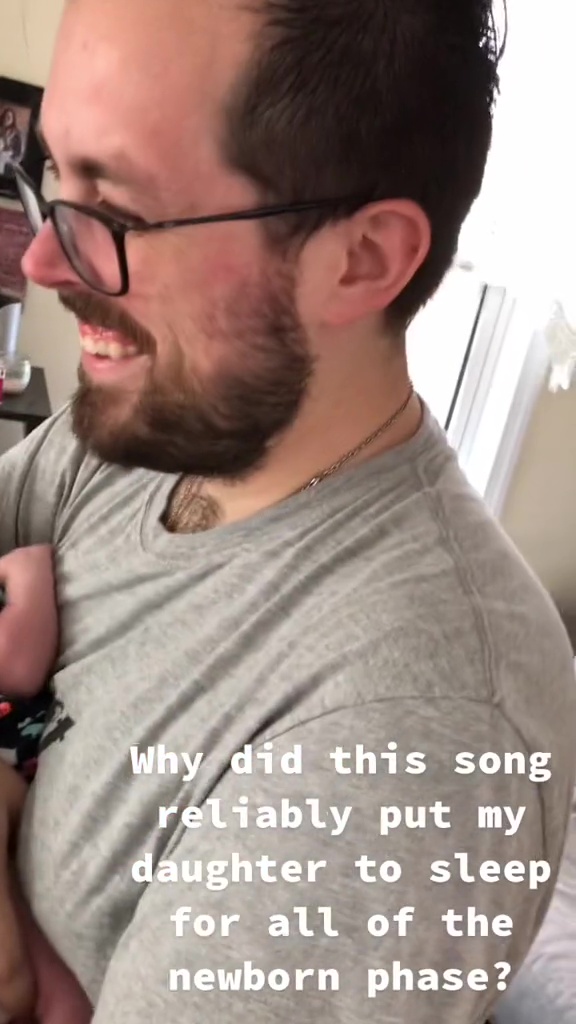 For more parenting stories, check out this debate on whether mums should pierce the ears of their babies young.

We also revealed the story of a mum who has 12 children at just 32 years old – and wants more.

Meanwhile, this couple has been "outdaughtered" as after wanting just one more child, they ended up with quintuplets.