Home » Fashion » Woman adds a new room to her house for free by turning a bland, empty cupboard into a into a chic hideaway

IF you want more space but can’t afford to move, you might just need to get creative with the layout you already have.

Which is exactly what one woman did, after she created a new room for free – by transforming an empty, bland cupboard. 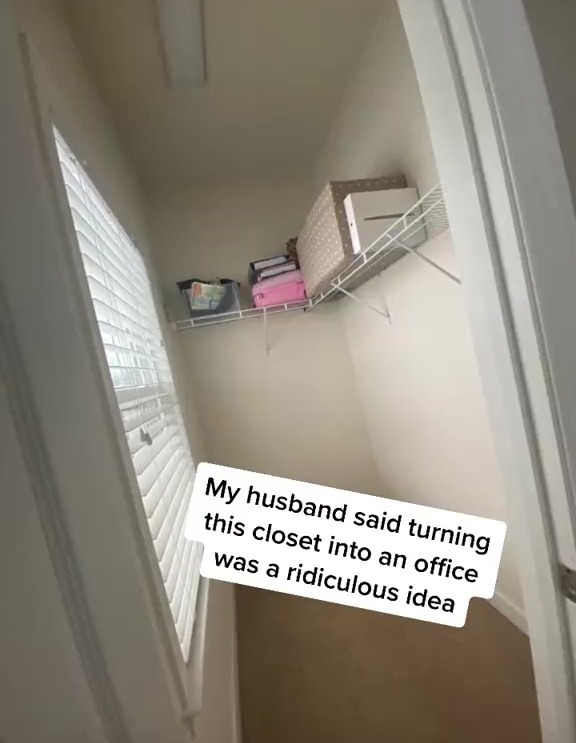 The interior design fan, called Natasha Prymak, shared the makeover to her TikTok page, as she rolled up her sleeves and got stuck in.

She said: “Watch me turn an unused closet into a fabulous office space!!”

Natasha films the room beforehand, showing a long, thin space with shelves – but luckily it has a window for natural light.

Whilst she was determined to make the most out of the space, she revealed her other half wasn’t on board. 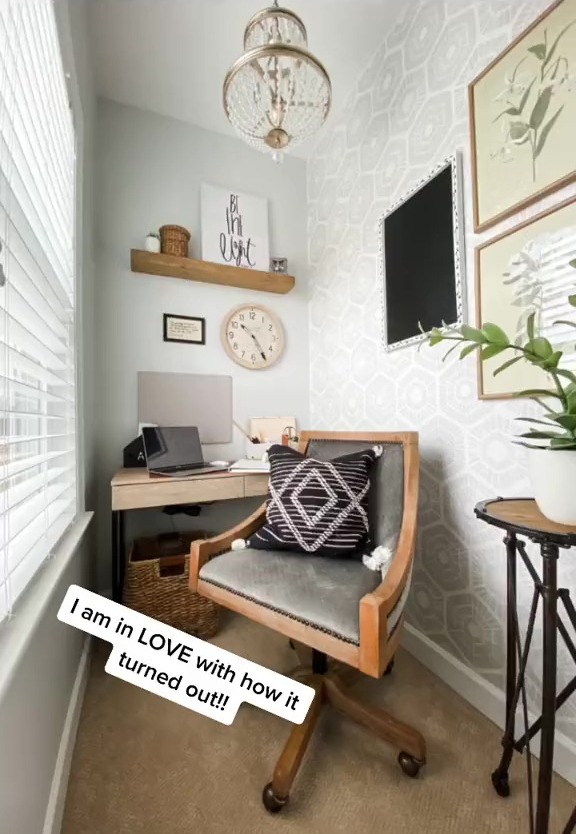 “My husband said turning this closet into an office was a ridiculous idea.

“I knew I could prove him wrong,” she added.

Natasha bought paint, light fittings and even stencils to give the room a chic overhaul in on-trend grey tones.

She said: “I decided to paint the walls, stencil and update the lighting.” 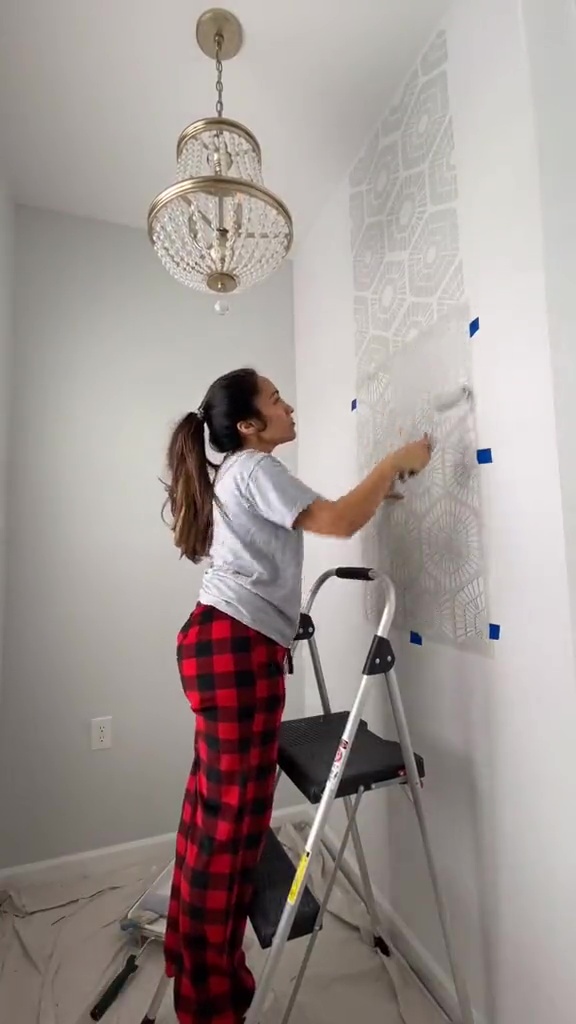 Natasha managed to revamp the room with clever styling tricks, adding in a desk, shelf, office chair, a side table and a plant.

The room looks unrecognisable from its previous life as a closet, with Natasha managing to add a fully functional room onto her house’s spec.

She explained: “It was always a closet!  The window is above the front door on the front elevation of the house it makes sense. Would have looked weird without it.”

Sharing the finished product, she said: “I am in LOVE with how it turned out.” 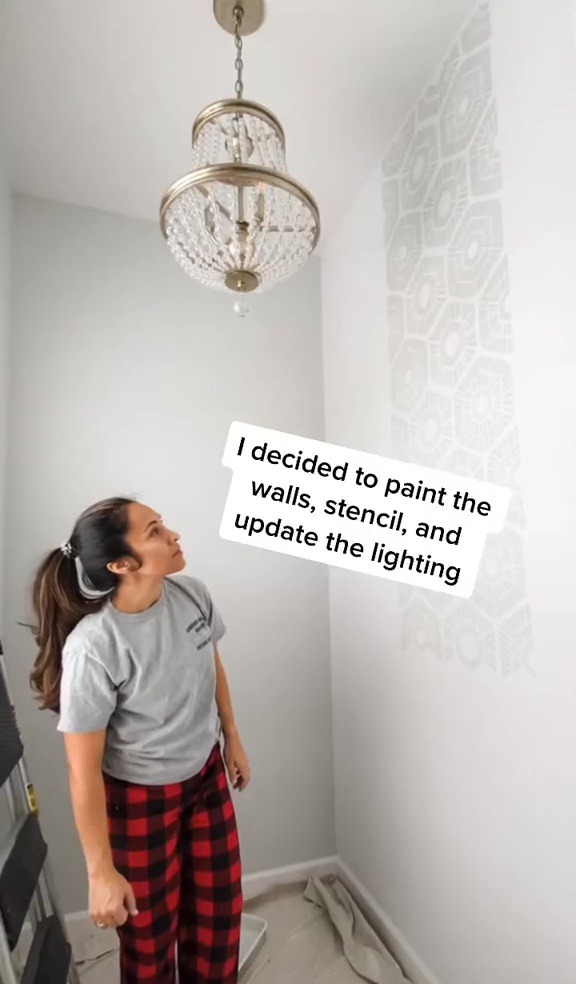 “It feels much bigger than it looks in the pics.”

And her husband admitted he was wrong in the end, as Natasha revealed he wanted to use it has his office.

Nearly two million people have watched the home transformation, praising her DIY skills, while some admitted they were eying up their own closets.

One woman said: “This is genius. Our closet is a bit wider and if it had a window I would do this in a heartbeat even if it was a closet we were using.”

Another wrote: “Why do husbands have to crush our goals though! You did amazing I love it.”

A third wrote: “I’ve never seen a closet with a window. That is so awesome. What a brilliant idea.”

While this person suggested: “Put a mirror, it will make the space look bigger.”

While this doting husband buys his wife’s 114-year-old childhood home and painstakingly restores it for her.

Plus this couple double the value of their house with stunning renovation and it’s now worth £2million.

And a man was horrified after plumbers come to fix his bath but he’s forced to rip out their work after they boxed in his cat.