Home » Fashion » Woman baffles with woolly hat optical illusion… so what colour do YOU think it is?

A WOMAN caused serious confusion when she showed off her new hat – people can’t tell if it’s red, green, or brown, and it’s blowing everyone’s mind. 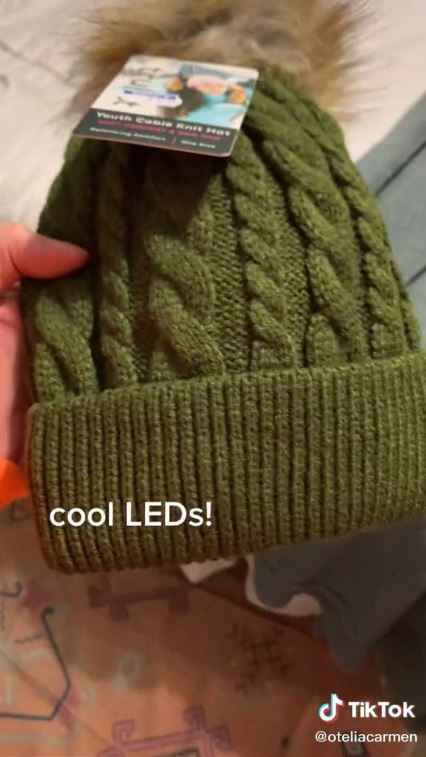 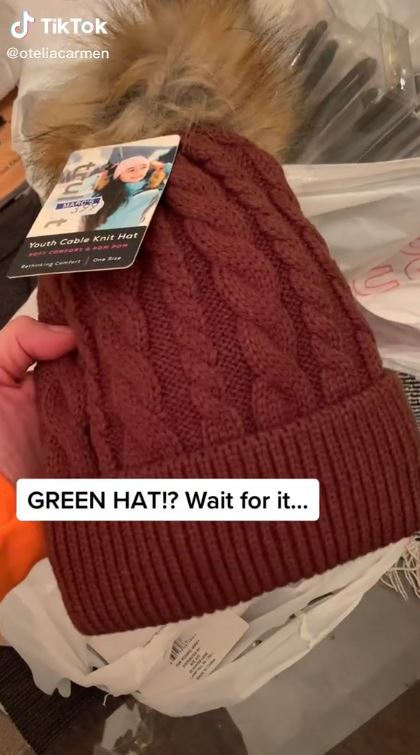 She said: “So, I bought this green hat at the store today and I brought it home and when I took it out, I was like: ‘Why is this brown?’

“Then realised: metamerism. This is why lighting is so important in interior design.”

Metamerism is the colour change seen in a coloured item because of different spectral emissions from different light sources.

Basically, each light source has its own “colour”, so when it’s projected onto a coloured surface, it impacts the colour of that surface.

In this case, we can see that in the shop lighting, Otelia’s hat was green but the lighting in her house makes it look brown.

Even within her own home, the hat changed colours from red-brown in the dining room to green in the bedroom.

She decided to take the hat out into the light of day to see once and for all what colour it really was.

In this clip, she showed that the hat was, in fact, brown.

The two videos racked up 6 million views in total and commenters were stunned.

“So… it’s green, brown, red”, wrote one confused viewer, while a second said: “My mind is blown.”

“Here we go again with the ‘is it gold and white or black and blue’ dress”, wrote one viewer, referring to the fabric colour debate that took the world by storm in 2017. 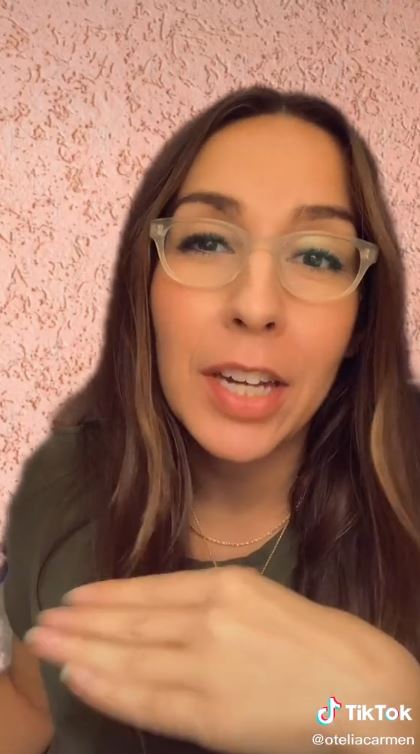 For more optical illusions, check out this mind-boggling illusion which shows you a shade of blue you’ve NEVER seen before.

Plus this couple take snaps on their new sofa & accidentally create an optical illusion making it look like they’ve switched heads.

Meanwhile, this optical illusion sees these shapes moving… but not everyone can see it, so can YOU?