Australia’s biosecurity efforts will receive a $371 million funding boost to help fight escalating threats to livestock, crops and the environment from dangerous diseases and pests.

Prime Minister Scott Morrison will on Tuesday announce the package, which includes $100 million for a new system to identify risky container cargoes before they’re unloaded at ports, $70 million to stress test the nation’s biosecurity detection system, and $20 million to trial biosecurity screenings of inbound passengers and crew on international vessels. 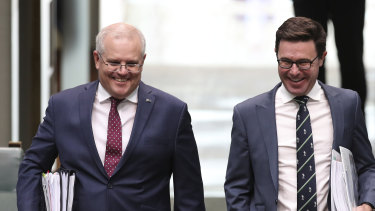 There is also $60 million to bolster Australia’s protection against African Swine Fever, which has killed an estimated 25 per cent of the world’s pig population, $30 million to screen international mail for risky items such as plant seeds and food, $4 million for public awareness campaigns and $35 million for research and development of in-field pest and disease detection tools.

“Protecting our borders is as much about protecting our livestock, crops and environment from diseases that have the potential to devastate them and the livelihoods they support, as it does the health of Australians during COVID-19 or protecting Australia’s national security,” Mr Morrison will say on Tuesday in Rockhampton, Queensland at the cattle industry’s annual shindig, Beef Week.

CSIRO warned in November that threats to Australia’s biosecurity were on the rise due to growing trade, international travel, urbanisation, climate change and biodiversity loss.

Its report, Australia’s Biosecurity Future, said interceptions of material that posed a risk to biosecurity had jumped almost 50 per cent to more than 37,000 a year between 2012 and 2017. It warned the risks were increasing so rapidly that even a tripling of investment by 2025 wouldn’t be enough to reduce the current threat level.

Agriculture Minister David Littleproud said the new funding, to be spread over four years, would be directed towards “technical solutions” to reduce biosecurity threats as well as new public awareness campaigns.

Myrtle rust is a catastrophic example of what can go wrong when biosecurity is breached. It’s an exotic fungus that threatens the Myrtaceae family of plants, which includes more than 2000 species of Australian natives such as bottle brush, tea tree and eucalypts. It is not known how myrtle rust entered Australia and there’s no method to control its spread.

Weeds are a particular problem for the environment and cropping industries and estimated to cost the economy $5 billion annually. CSIRO says about 20 new weed species establish themselves in Australia each year.

Speaking ahead of the government’s announcement, Invasive Species Council chief executive Andrew Cox said the current biosecurity system couldn’t meet growing demand and any new investments would be judged on how well they future-proofed Australia for the “inevitable growing threats”.

“We know because of the regular incursions we get from bugs, ants or diseases that the system isn’t strong enough,” Mr Cox said.