A 6ft 1in woman has revealed how she and her 5ft 6in boyfriend used to go food shopping at night to avoid comments and stares from strangers.

She said the height difference between her and trainee soldier Daniel Brown, 30, attracts looks and taunts from strangers. 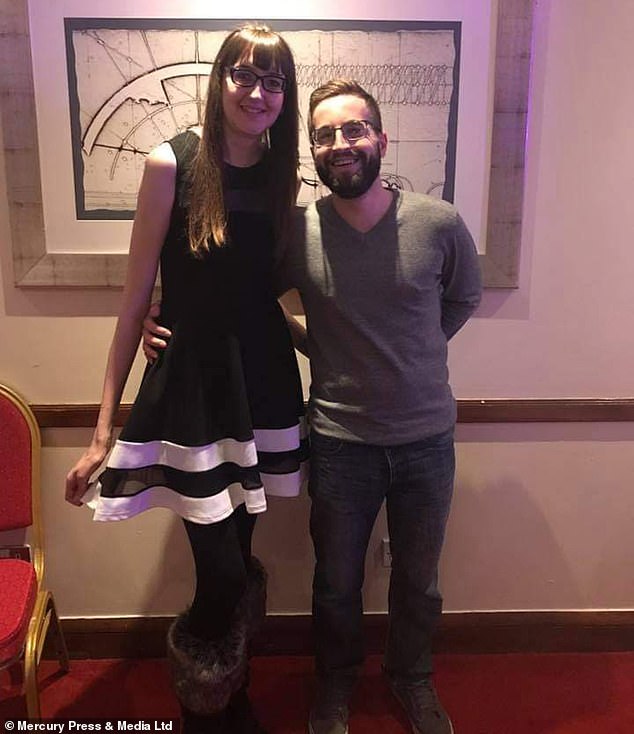 Vanessa Davis, 27, who is 6ft1in, has revealed how she and her 5ft6in partner Daniel Brown, 30, overcame self-consciousness after they were forced to do their food shopping at night to avoid comments from strangers 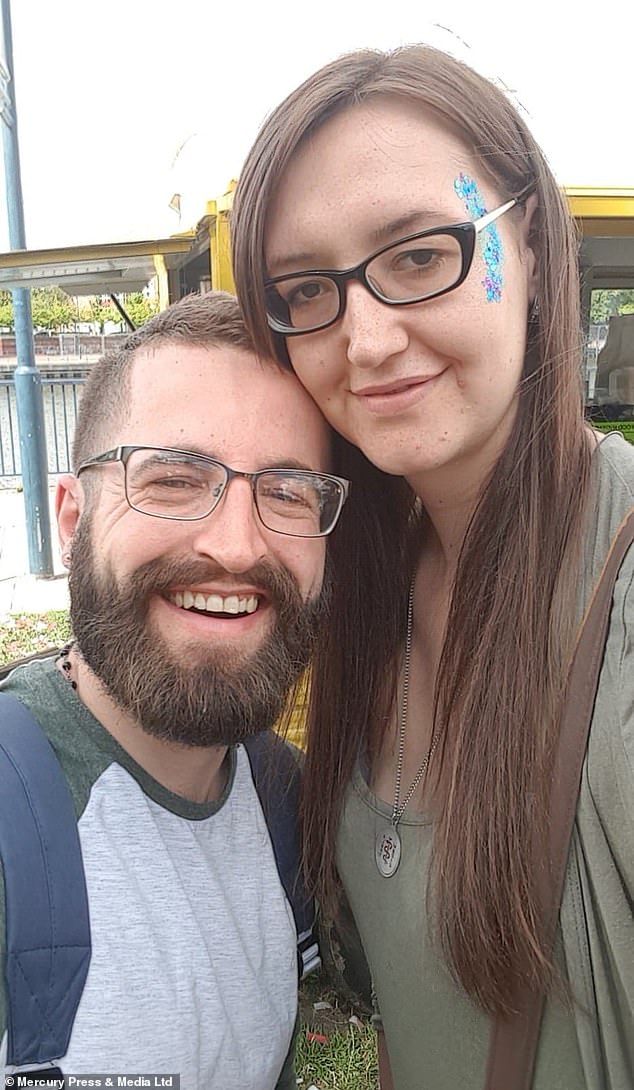 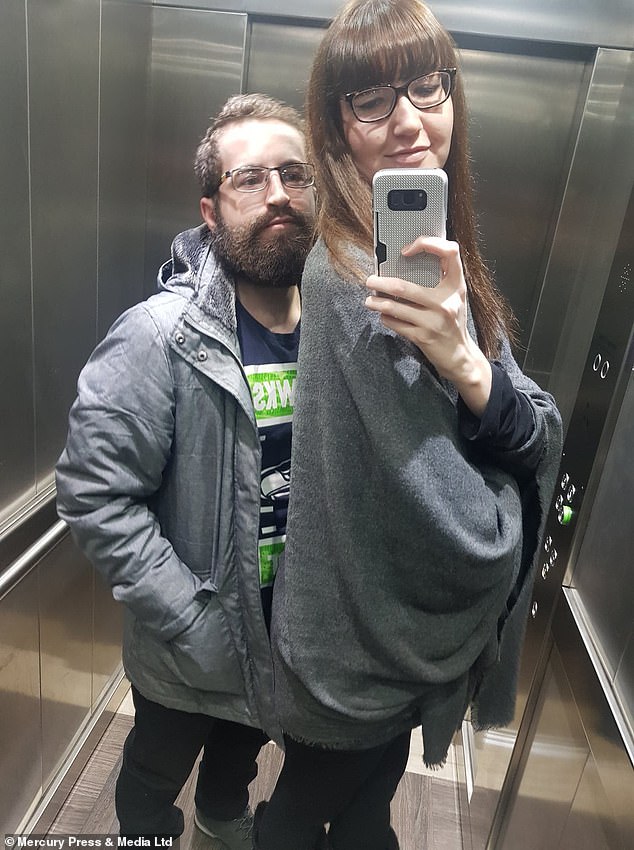 Vanessa said the height difference between her and trainee soldier Daniel attracts looks and taunts from strangers, which forced them to do their food shopping at night where they could roam the aisles in peace

Vanessa said: ‘At the beginning, the comments and looks did bother us. We would get looks and comments all the time, it was like being famous for no reason.

‘People would ask what I’m doing with him and tell me to find a man and someone taller.

‘It shouldn’t ever be the case that he feels like less of a man because he’s with someone who’s slightly taller.

‘It’s really knocked his manhood and if anything, he’s more of a man because he doesn’t let it bother him.

‘People think they can say what they like but don’t see why it would be offensive.

‘It was a massive strain on our relationship. We would go shopping at night time rather than in the day. 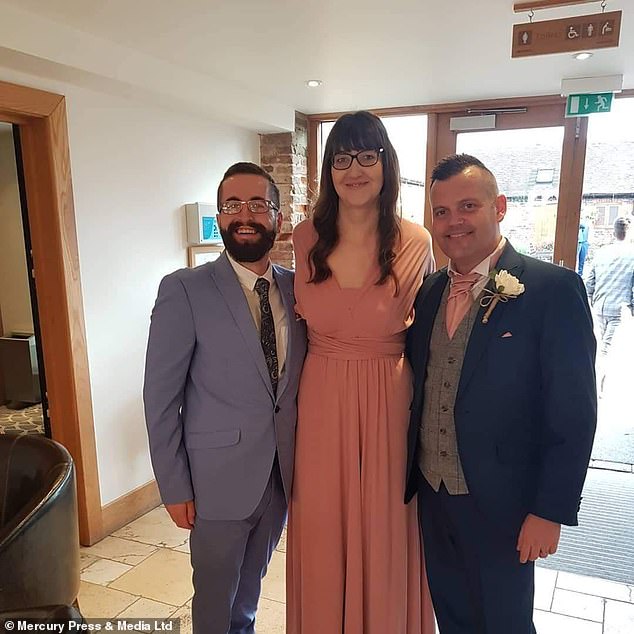 At the beginning, Vanessa said that the looks and comments did bother them, with strangers asking her ‘what she’s doing with him’ and telling her to find a man and someone taller while others told her ‘he must be loaded’ (pictured with Vanessa’s brother Dean, right) 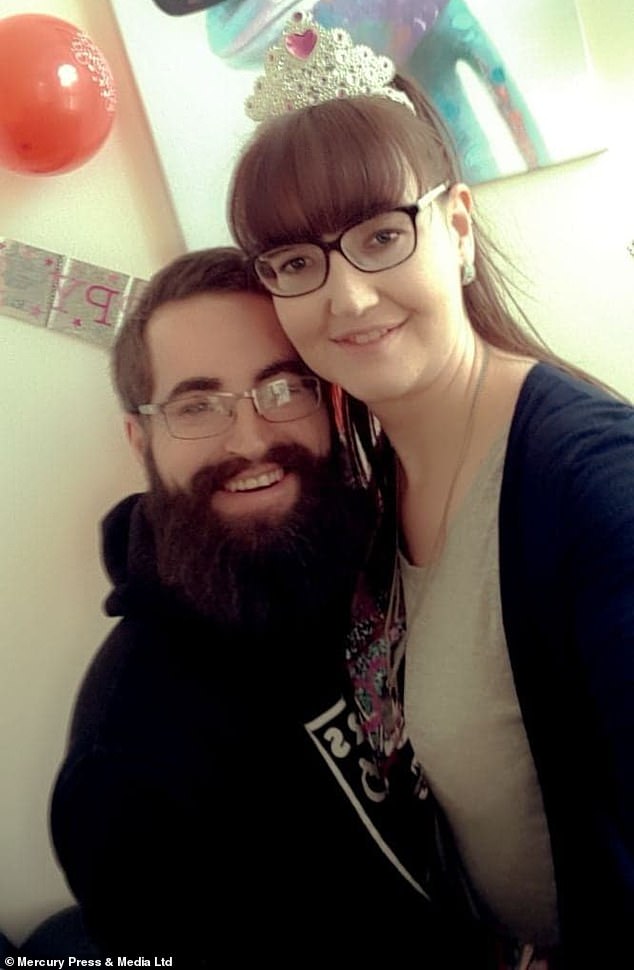 Vanessa said that people tell her that she should be a model, which she finds insensitive because she has a condition, saying she understands where they’re coming from because she’s tall but that she ‘wouldn’t go up to a short person or a big person and point out how short or overweight they are’ When Vanessa was a baby, she had to lay on a blanket which beeped when her heart stopped so that her mother could resuscitate her and nobody could work out why her heart was stopping

‘The worst thing people say is that Dan must have a lot of money which I don’t understand.

What is Marfan syndrome?

Marfan syndrome is a disorder of the body’s connective tissues, a group of tissues that maintain the structure of the body and support internal organs and other tissues.

In around 75 per cent of cases, children inherit the disorder from one of their parents.

Some people are only mildly affected by Marfan syndrome, while others develop more serious symptoms.

Typical characteristics of Marfan syndrome include:

There’s no cure for Marfan syndrome, so treatment focuses on managing the symptoms and reducing the risk of complications.

Marfan syndrome is rare and affects 1 in 5,000 people in the UK, but is one of the most common connective tissue disorders.

‘They always say he must be loaded. He could have not a penny to his name and I wouldn’t care.’

The couple met when Dan moved into Vanessa’s block of flats and confess it was love at first sight.

Vanessa said: ‘We’ve decided to brush it off, why would we squander our happiness for them?

‘We just decided not to let it get to us. I love him and he loves me. It doesn’t matter what other people think. If we’re ok with it then everyone else should be ok with it.

‘We call ourselves Tom Cruise and Nicole Kidman but hopefully without their ending.

‘We immediately clicked when we first met and we’ve been inseparable ever since.

‘We would sit up talking until 3am when we first met and we still do that now. The height difference has nothing to do with it.

‘He’s so understanding. I couldn’t ask for a better partner. He’s always there for me and does everything for me.’

She said: ‘I was at school one day and all of a sudden I went blind and obviously started freaking out because I was four.

‘When I went to the hospital, we found out I had dislocated eye lenses then I was in and out of hospital ever since.

‘When I was a baby, my heart would stop and my mum would have to resuscitate me and nobody knew why.

‘I had to lay on a blanket that would beep when my heart stopped. I can’t imagine what my mum went through.

‘I try not to let it affect my life but it really has. People don’t understand it, they tell me I should be a model which I think is quite insensitive because I’m not tall, I have a condition. 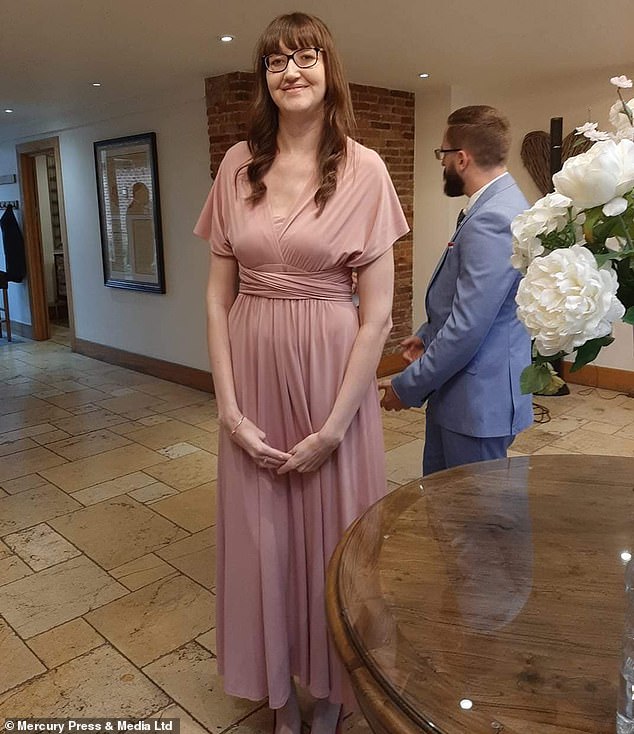 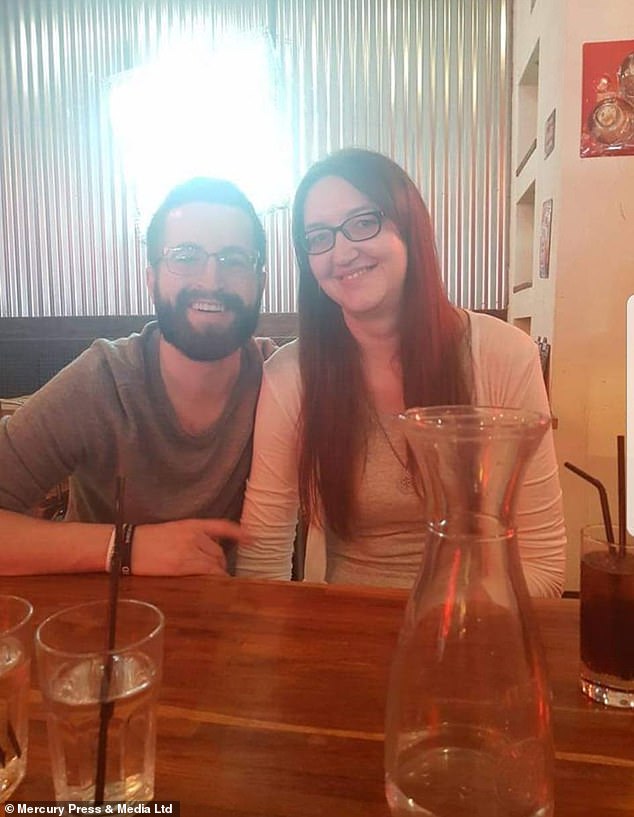 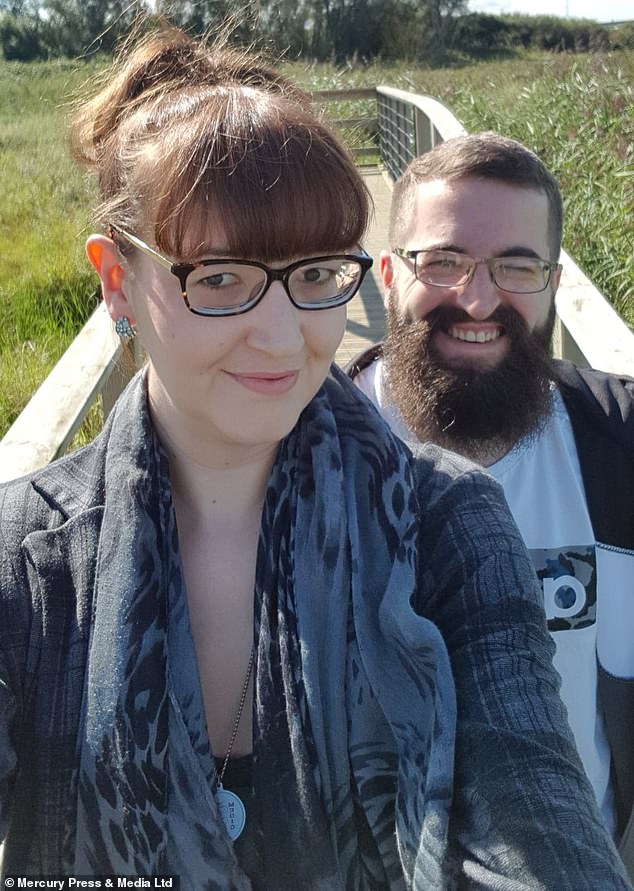 Vanessa said the pair ‘immediately clicked’ when they met and that they’ve been ‘inseparable’ ever since, adding: ‘We would sit up talking until 3am when we first met and we still do that now. The height difference has nothing to do with it’ 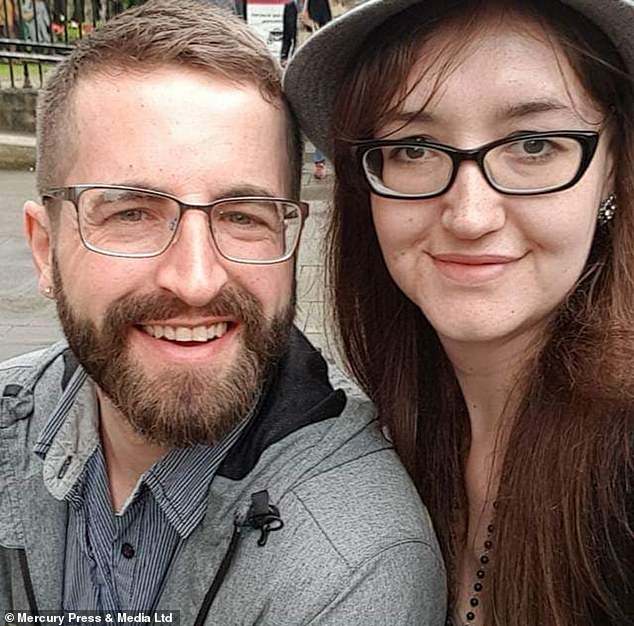 Vanessa praised Daniel for supporting her through her illness since they met and is speaking out to raise awareness of the condition, which means her collar bone could dislocate from simply picking up a tin of beans

‘I understand where they’re coming from because I am tall but I wouldn’t go up to a short person or a big person and point out how short or overweight they are.

‘It’s an invisible illness but if I was see through, people would be able to see what’s going on inside my body.

‘We’re delicate so I could go to pick up a tin of beans one day and dislocate my collar bone.’

Vanessa praises Dan for supporting her through her illness since they met and is speaking out to raise awareness of the condition.

She said: ‘I can’t find a job that will work around me because one day I could go to work and be perfectly fine but the next day I’ll be in a lot of pain with my joints.

‘The worst part of this condition is the effect on mental health. I can deal with the condition but I feel like I’m not worthy in society because I don’t work. If I found a job, I wouldn’t feel useless anymore and it would give me a purpose.’