Home » Lifestyle » A lot of confusion but no mistake: One Nation voted down wage theft laws it backs

One Nation voted against tougher penalties for the worst cases of wage underpayment despite saying it supports them, but has denied it made a mistake amid confusion in the Senate while amendments to the government’s industrial relations bill flew thick and fast.

The minor party defended its vote in last Thursday’s Senate sitting by saying it wanted to vote for wage theft laws as part of a broader suite of measures in the government’s initial proposal. 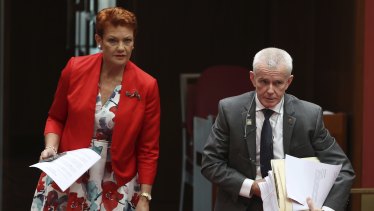 When the government failed to win enough support from the Senate crossbench to pass its full industrial relations package, it withdrew support for some sections, including the employee-friendly wage theft laws in schedule five.

Labor, the Greens and three independent crossbenchers voted to keep the tougher penalties for underpayment in the bill but when One Nation voted with the Coalition to remove it, the Senate was locked in a 32-32 tie.

Under Senate procedure, the tie resulted in the provisions being stripped from the bill since it didn’t have majority support, leaving Australia with an inconsistent patchwork of different wage theft laws.

“There was a lot of confusion throughout the committee stage,” One Nation industrial relations spokesman Senator Malcolm Roberts said. “Even experienced government ministers were confused and we witnessed Senator [Stirling] Griff puzzled about his own amendments.

“We’d like to see the remaining schedules reintroduced to the Senate in the next sitting period for debate,” Senator Roberts said last week. “Only then will One Nation’s support of [the wage theft laws in] schedule five be understood.”

Voting on the industrial bill was chaotic in the Senate, with amendments moved and changed rapidly on the fly. Amid the confusion, some government senators were spruiking the benefits of the wage theft laws hours before the vote, even after the government had revealed it no longer wanted to pass them.

On Wednesday Senator Roberts clarified One Nation did not vote against the underpayment provisions by mistake. “We voted on the understanding that all the other schedules, apart from Schedule one [which dealt with casual employment], will be coming back as a package,” he said.

All the parts of the bill that were not legislated remain government policy but the government has not said when or if they will be reintroduced to Parliament. “The government will always seek to advance the reform agenda where possible,” Treasurer Josh Frydenberg said last week.

Even if the Senate voted to retain the wage theft section, the government could have voted down its own bill in the House of Representatives.

It would have been introduced alongside changes to casual employment, the only element of the bill that passed Parliament, as well as new rules governing enterprise agreements, pay deals on big projects and industry awards, which were dropped.

Centre Alliance Senator Stirling Griff said that he wanted the law to include the wage theft section, saying on the day its removal was shameful, but ultimately voted through the one remaining part of the bill, which clarified how casual employment worked. 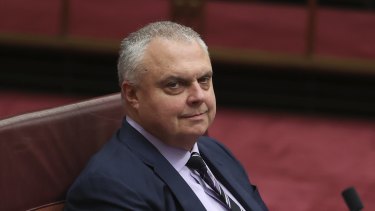 Senator Stirling Griff said the removal of the wage theft section of the bill was shameful.Credit:Alex Ellinghausen

That earned him the ire of his fellow party member Rebekha Sharkie, who said the pair had agreed to pass the casual and wage theft components as a package, along with other amendments.

Senator Griff said he did not breach any agreements and voted for the casuals section on its merits.

“The only other [section] that was supported was schedule five that related to wage theft,” Senator Griff said. “That looked like it would stand, but One Nation pulled out their support.”