Olivia Jade Giannulli may have been a controversial casting choice for Dancing With the Stars, but ABC executive Robert Mills is shutting down reports that she’s receiving special treatment.

Most Controversial ‘Dancing With the Stars’ Contestants

The EVP of Unscripted and Alternative Entertainment replied to a tweet based on a blind gossip item on Monday, September 27. “#OliviaJade supposed has a deal to stay at least 3 weeks without being in danger on #DWTS,” the post read.

“This is the dumbest thing I’ve ever heard,” Mills responded. “The show is a competition and as such is subject to legal and broadcast standard regulations.”

The 22-year-old YouTuber previously opened up about viewing the ABC show as a fresh start after her parents, Lori Loughlin and Mossimo Giannulli, pleaded guilty to fraud charges after they were indicted in the nationwide college admissions scandal in 2019. While the Fuller House alum, 57, served two months in prison in 2020, the fashion designer, 58, completed his five-month sentence earlier this year.

“The last few years I’ve been wrapped up in a scandal,” Olivia said on the September 20 premiere. “I did step back from social media and just soak in what everybody was saying. I’m not trying to pull a pity card, I just need to step forward and do better.”

During a post-show interview on Monday, Olivia’s partner, Val Chmerkovskiy, told reporters that he’s “pleasantly surprised” with her dancing skills. 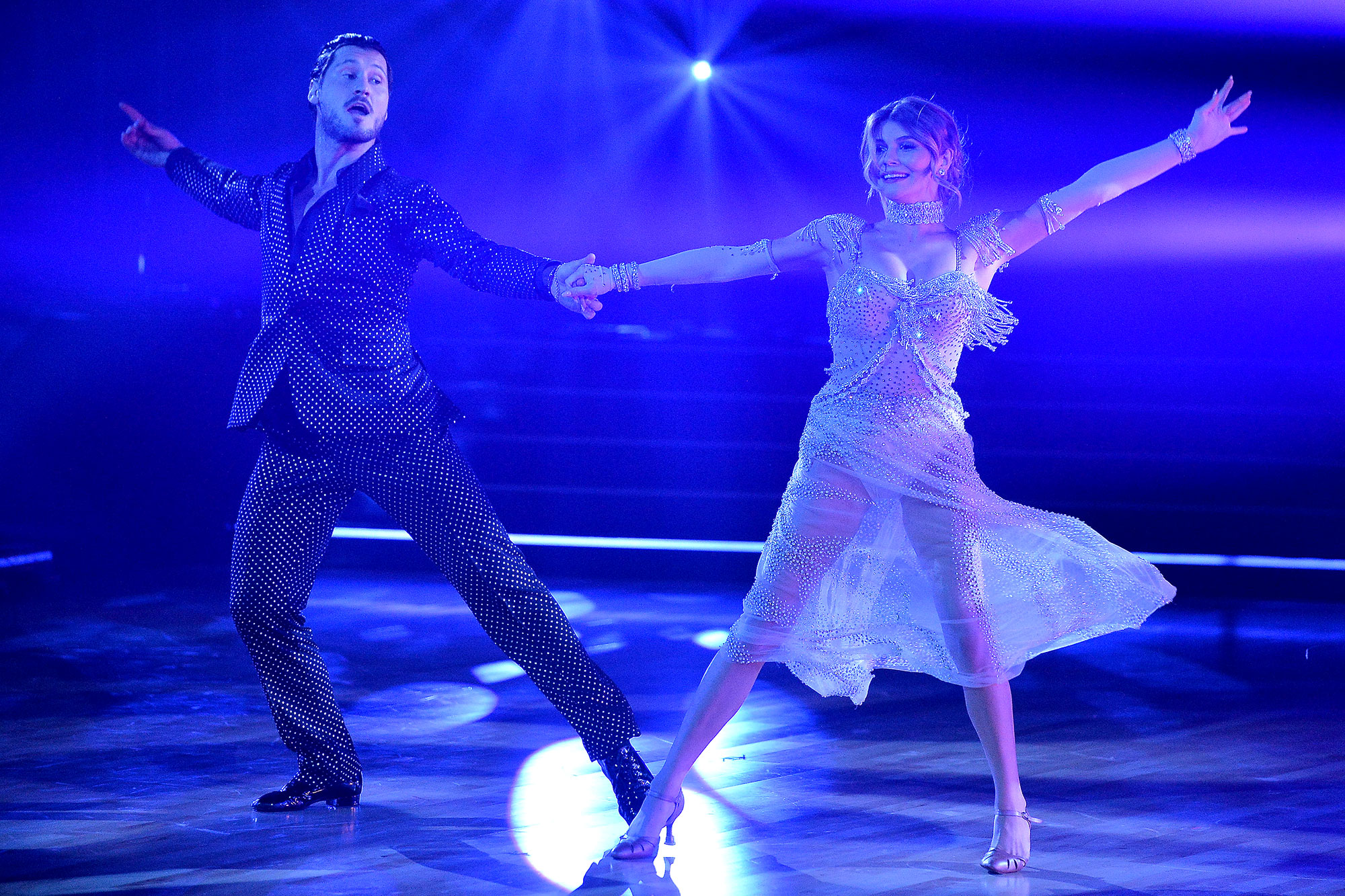 “I don’t know how many more seasons I have on the show. I’m very grateful for the opportunity to dance. I love dance. I can’t dance without a partner, without a student. I can’t be on this show without somebody that has that passion,” the pro said. “This young lady does and I appreciate that a lot. She buys in. She loves the craft. She allows me to be passionate about what I love.”

23 ‘DWTS’ Contestants Who Defended Their Prior Dance Experience

While Loughlin has yet to be spotted in the ballroom, Olivia’s sister, Bella Giannulli, supported her during the premiere. The aspiring actress also sent love via social media during week two on Monday. Bella returned to the app on Olivia’s birthday on Tuesday.

“Happy happy birthday to the person that makes me laugh the most- – Thank you for showing me there is a light at the end of the tunnel,” Bella wrote alongside a series of throwback images with her sibling. “I cannot begin to form the right words to describe how much you mean to me … so, all I can say is … I love you. 22 big ones.”

Tuesday also marked a big day for Loughlin, who hasn’t acted since her arrest. Us Weekly confirmed that the former Full House star is off to Canada to reprise her role as When Calls the Heart’s Abigail Stanton in the spinoff of the Hallmark series. Loughlin will appear in the two-part season 2 premiere of When Hope Calls, which is set to air on GAC Family in December. The actress was previously written off the series, with Hallmark Channel cutting ties with Loughlin amid fallout from the scandal.

Dancing With the Stars airs on ABC Mondays at 8 p.m. ET.