ALDI has been crowned the cheapest supermarket for Christmas dinner in 2019 with your festive feast setting you back just £3.10 a head.

That's according to the latest annual findings from Good Housekeeping, which says you can feed a family of eight for just £24.78 at Aldi this winter. 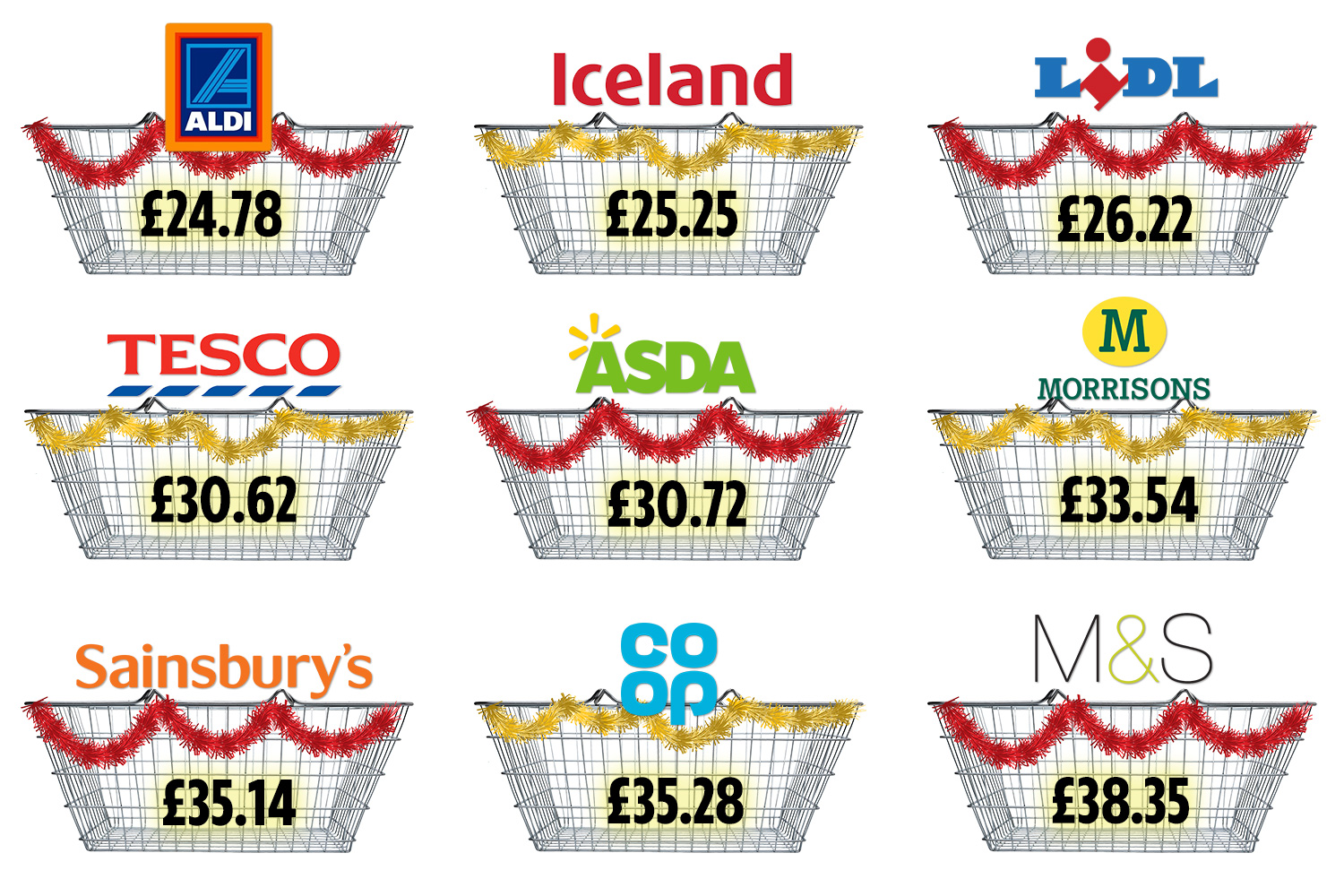 The discounter also has the lowest price for Christmas staples' turkey, stuffing mix, cranberry sauce, Christmas cake, and mince pies – see the box below for the full details.

Where can I buy my Christmas shopping for less?

HERE are the cheapest supermarkets for your Christmas dinner, according to Good Housekeeping:

That's based on buying each item at the supermarket that sells it for the least amount.

Good Housekeeping says apart from carrots, where the cheapest increased by 5p, and Christmas cake, which has stayed the same price, all of the Christmas staples it compared have dropped in price this year.

This means you could snap up a Christmas dinner for just £2.86 a head if you shop around – see the box above for the full information.

Caroline Bloor, consumer affairs director at Good Housekeeping said: "Consumer loyalty is no longer set in stone when it comes to shopping at one supermarket.

"In a time of economic challenges, consumers want to get as much bang for their buck as possible, and the supermarkets know this, which is why keeping prices as low as possible to ensure maximum footfall is a key priority for them.”

The Sun has contacted M&S.

Aldi was also crowned as selling the cheapest turkey in The Sun's annual price comparison.

But experts have warned that frozen turkeys have jumped 11 per cent in price due to a shortage.