Jennifer Lopez graces the cover of InStyle magazine and the story features glowing quotes from her exes — but her on-again fiancé Alex Rodriguez is noticeably missing.

J.Lo’s ex-husband Marc Anthony and former fiancé Ben Affleck were quoted in a new profile piece titled, “Jennifer Lopez In Her Own Words (and Everyone Else’s).”

But there are no quotes from A-Rod, nor any sign of her giant $1.8 million diamond engagement ring from the former Yankees slugger.

A media insider told us of the absence of Rodriguez in the InStyle piece, “This InStyle cover story was meant to help promote Jennifer’s movie ‘Marry Me.’ But the movie release date was pushed back to February 22 because of Covid.

“This story was done months ago, so it seems to indicate that Jennifer and Alex have been having problems for months.

“How else would her ex-husband and ex-fiancé be included, but not her current fiancé?” 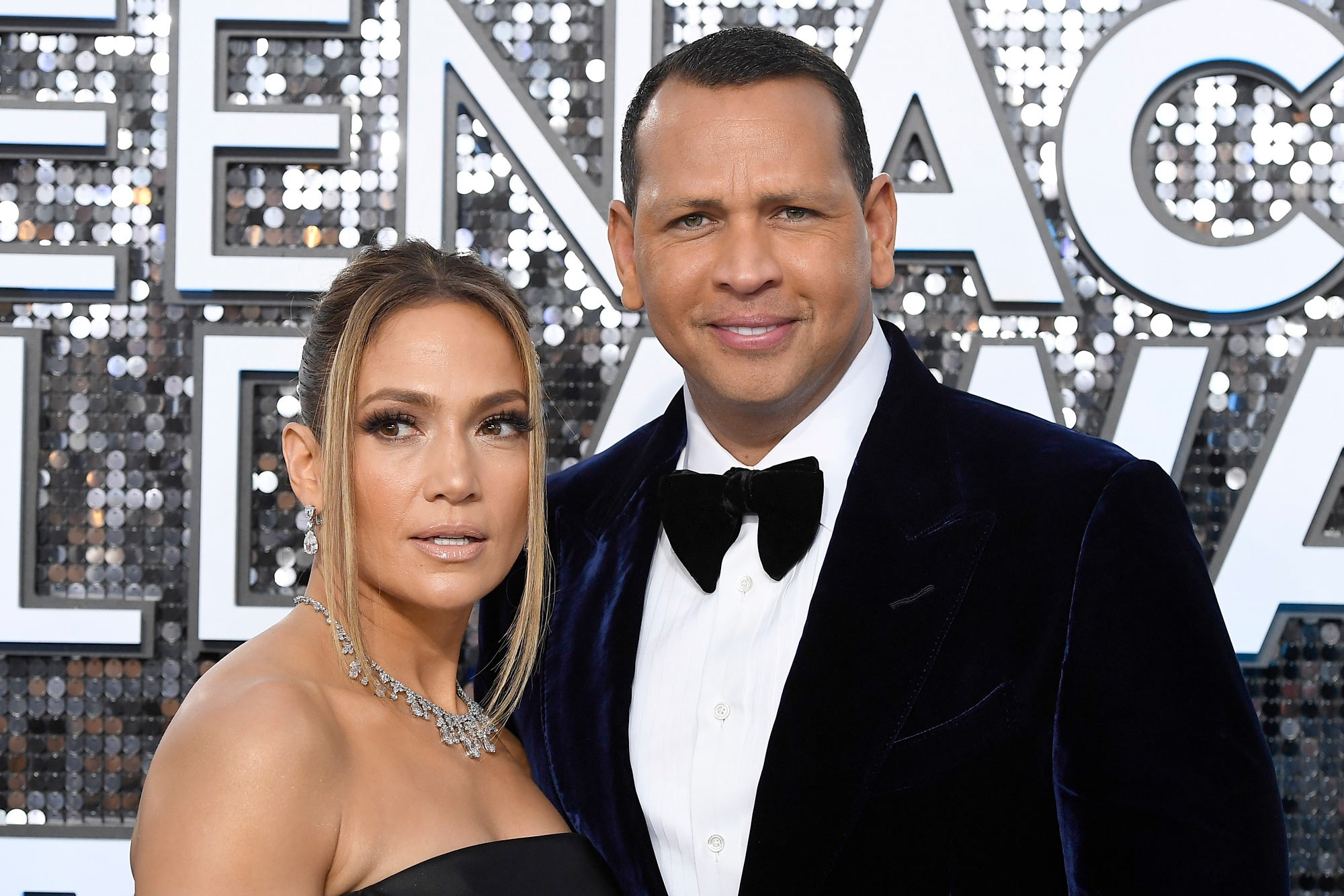 Lopez is also pictured numerous times in the InStyle piece wearing an array of diamond rings from Tiffany & Co., but not her enormous emerald cut diamond engagement ring from Rodriguez.

However, a source close to the couple said of A-Rod being omitted from the feature because of issues in their relationship, “This is absolutely not true, and reading into this when there is little knowledge of the background is misleading.”

The source said the piece had been in the works for a while, and that J.Lo’s camp wanted to focus on older stories from her decades-long career and things that people did not already know about her. 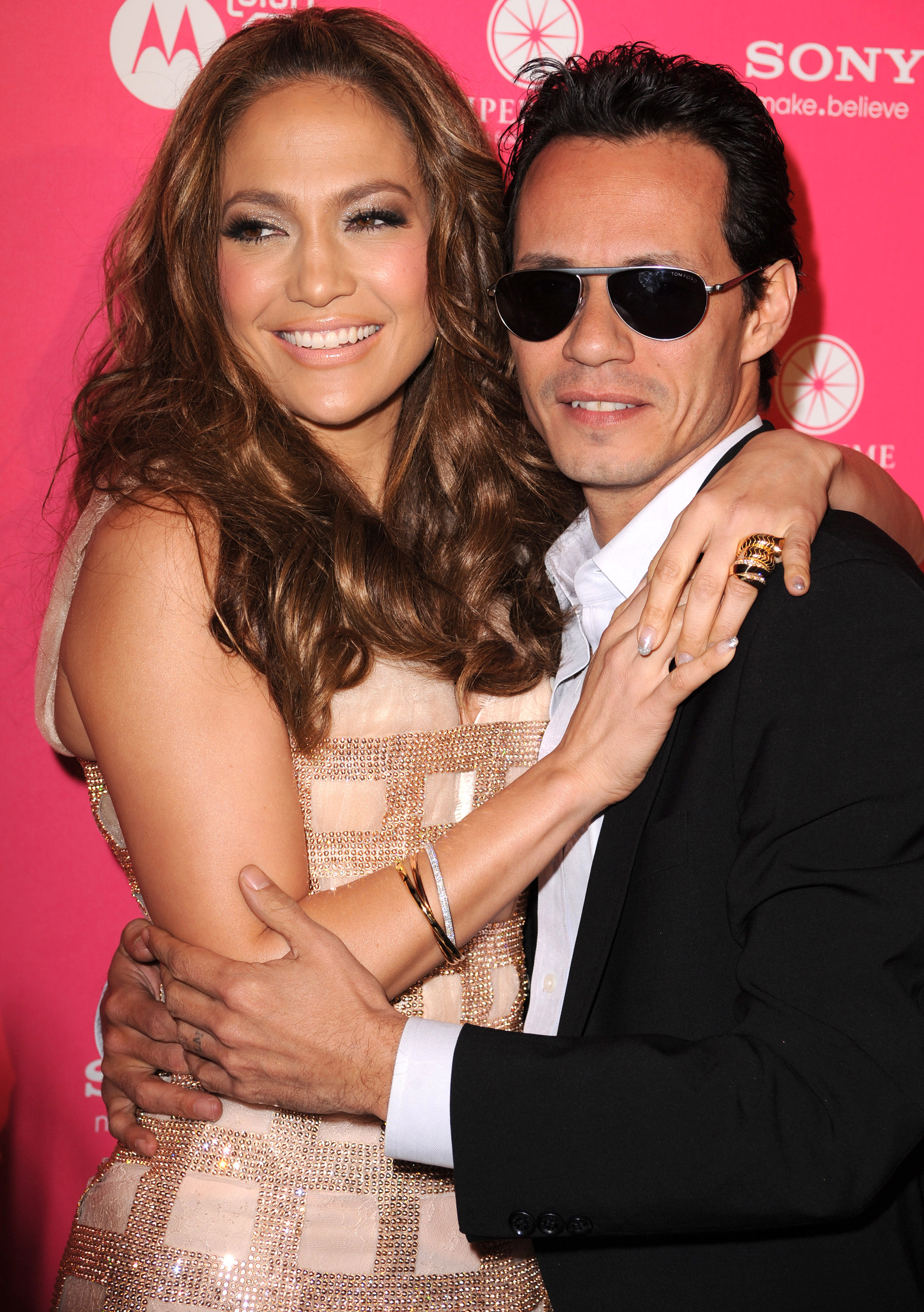 Anthony, to whom Lopez was married from 2004 to 2014, is quoted as saying, “She’s the first one in the room and the last to leave. The hardest worker I’ve ever met.”

And Affleck, who was engaged to Lopez from 2002 to 2004 after they met on the set of “Gigli” in 2001, said, “I thought I had a good work ethic, but I was completely humbled and blown away by what she was committed to doing day in and day out … She has great talent, but she has also worked very hard for her success, and I’m so happy for her that she seems, at long last, to be getting the credit that she deserves.”

Affleck added, “Where are you keeping the fountain of youth? Why do you look the same as you did in 2003 and it kind of looks like I’m in my 40s … at best?”

Page Six exclusively reported in March that the power couple had broken up and called off their two-year engagement.

But a source later told us that they were trying to reconcile and have been “putting the work in” to mend their relationship.

Since the brief split, Rodriguez, 45, has flown to the Dominican Republic a number of times, where Lopez, 51, is filming “Shotgun Wedding” alongside Lenny Kravitz.

Other A-listers to gush over Lopez in the profile include Michelle Obama, Charlize Theron and Donatella Versace.

“The world knows that Jennifer is blessed with many gifts — talent, beauty and an unparalleled work ethic,” Obama told the mag, while Versace added, “When you are in the same room with Jennifer, you can almost feel her energy pulsating through her veins and filling the space around her. I love her with all my heart.”