ANDREW PIERCE: Liz Truss and her karaoke and cigar-loving, Liverpool-supporting pal Therese Coffey are superficially so unalike… but are the firmest political and personal soulmates

One favours pristine, colour-block dresses, the other was once caught on camera at a party chomping on a cigar with a drink spilled down her front. But Liz Truss and Therese Coffey – so superficially unalike – are political and personal soul mates. Now, their enduring friendship has helped propel the former into Number 10.

At the party to celebrate her victory on Monday night – held on the spectacular roof of London’s River Building and fuelled by wine, cocktails and burritos (one of Truss’s favourite foods) – it was Coffey whom Truss singled out for praise.

Truss knows she owes a large part of her victory to her ever-faithful parliamentary companion. She has rewarded her lavishly – appointing her as Deputy Prime Minister and Health Secretary.

In a cut-throat political world, Coffey has shown absolute loyalty to her new boss over many years. She not only ran Truss’s successful campaign against Rishi Sunak for the leadership, but wisely persuaded her not to stand against Boris Johnson in the 2019 leadership contest – paving the way for her to become his successor instead. 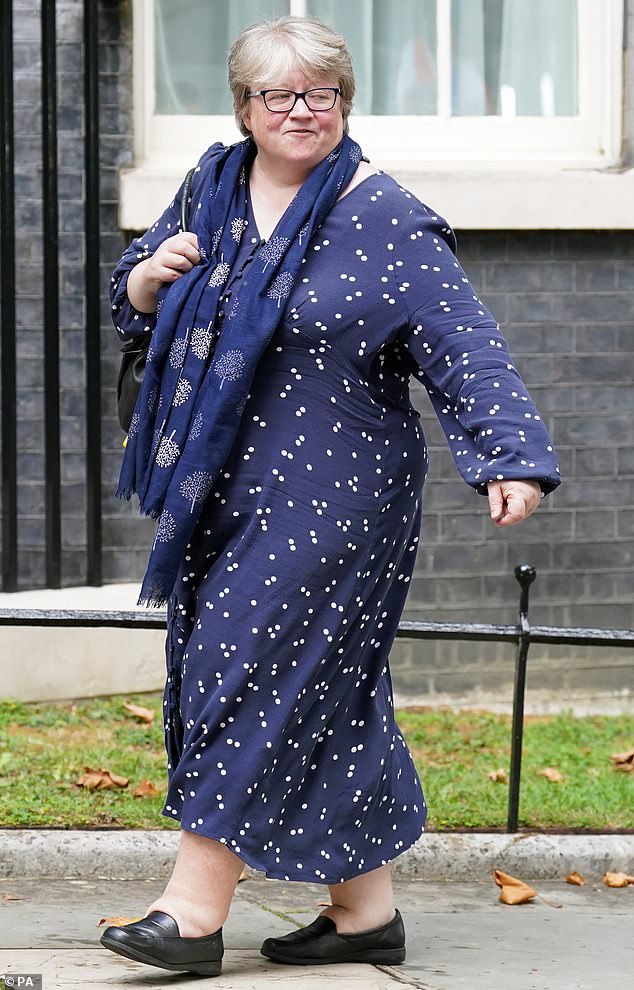 Liz Truss and Therese Coffey – so superficially unalike – are political and personal soul mates. Now, their enduring friendship has helped propel the former into Number 10

The two have been friends since their student politics days more than 25 years ago and are known by some colleagues as ‘Yin and Yang’. Truss refers to Coffey affectionately as ‘Tiz’.

Interestingly, they started out as rivals, running against one another to be the Tory parliamentary candidate in South West Norfolk in 2007. It was Truss who triumphed.

She then took Coffey under her wing, coaching her on how to raise her game in selection meetings. Coffey was duly chosen for the neighbouring Suffolk Coastal constituency in 2010.

The two share a love of karaoke – which has got them into trouble in the past. Their regular karaoke evenings on the ministerial corridor in the Commons have on occasion become so boisterous that they were ticked off by Parliamentary authorities.

Coffey herself has had her own problems with karaoke – and they were nothing to do with how tuneful she is. During the 2021 Tory conference in Manchester, the then Work and Pensions Secretary was filmed at 1am belting out the classic song from the film Dirty Dancing, (I’ve Had) The Time Of My Life.

Alas, only one hour earlier, her department had withdrawn the £20 weekly increase in universal credit for benefit claimants introduced during the pandemic. Coffey was upbraided over her lack of tact and her insensitive choice of song. She now prefers singing Queen’s Don’t Stop Me Now.

However, Coffey has never lived down a picture taken at a Spectator magazine party in 2015 at which she was snapped puffing away on a large cigar and clutching a glass of champagne.

‘I do enjoy a cigar. I hadn’t realised I had spilt something on my top. I looked very odd. You’ll never see me smoke a cigar in front of anyone again,’ she said later. ‘It’s not a photograph I’m proud of.’

But despite all her faux pas, she is generally regarded as a safe pair of hands who avoids controversy.

Truss and Coffey have often sought one another’s advice about their ministerial responsibilities. Their friendship deepened after they were elected MPs for the first time in 2010 and they worked closely together on local issues in neighbouring constituencies.

Truss’s star shone brightest: At 39, she became the youngest Cabinet minister when she took on the Environment portfolio under David Cameron. Coffey was made junior Whip, the lowest rung on the ministerial ladder.

Both campaigned for Remain in the 2016 referendum and both backed Boris Johnson in the 2019 leadership contest. Truss was made Foreign Secretary, while Coffey entered the Cabinet as Work and Pensions Secretary.

A proud Scouser, Therese Anne Coffey was brought up in Liverpool. The daughter of two teachers, George and Alice, who worked in state schools, she was privately educated at St Mary’s College boarding school in North Wales and remains a practising Catholic to this day.

After sixth form at St Edward’s College in Liverpool (a grammar school that has since turned independent) Coffey read chemistry at Somerville College, Oxford – the same degree course at the same college as her political heroine Margaret Thatcher.

It was Thatcher’s battle with Militant tendency, a Marxist group that had infiltrated Liverpool’s council and driven the city to the edge of bankruptcy in 1985, that converted Coffey to Conservative politics. She was only 14 when she joined the Young Conservatives.

By the time Mrs Thatcher visited Somerville College in 1994, the Tories were languishing in the polls behind Labour’s telegenic leader Tony Blair and many students had to be dragooned into a line-up to greet her. But one student – Coffey – broke ranks and ran noisily across the concourse to shake Mrs Thatcher’s hand.

While she is popular with Cabinet colleagues, Coffey has a habit of expressing an opinion on policy areas that have nothing to do with her job. While Truss has always been on the Thatcherite wing of the Tory Party, if Coffey has an ideology it is simple pragmatism: ‘What matters is what works.’ 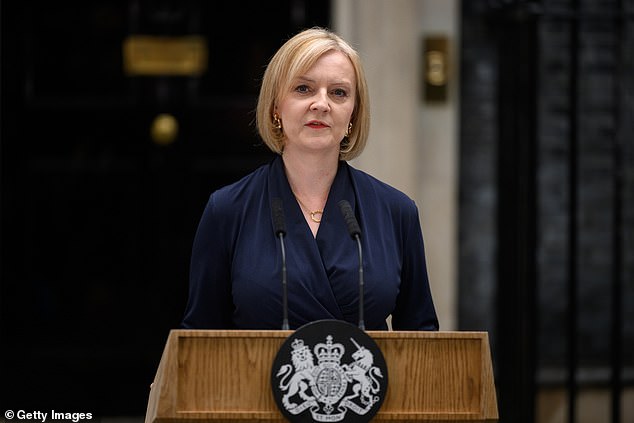 In a cut-throat political world, Coffey has shown absolute loyalty to her new boss over many years

A keen football fan, she has been a regular at Anfield, the home of Liverpool Football Club, and was the first MP to call for a knighthood for legendary former player and manager Kenny Dalglish. He was duly knighted in 2018.

Last month she was at Wembley with Truss – and Nadine Dorries, then Culture Secretary, another Scouser – to cheer on England’s lionesses in their World Cup victory against Germany.

Coffey’s Roman Catholic faith is key to understanding her worldview. She regularly attends mass and voted against same-sex marriage in 2013. She’s met the last two Popes at the Vatican.

While Truss has a husband and two teenage daughters, Coffey has never married.

In 2018, she picked up an ear infection and, despite being prescribed an antiseptic spray by a GP, her condition deteriorated sharply. Within hours of arriving at A&E at a local hospital she was in the operating theatre.

The infection spread to her brain and she was diagnosed with meningitis, staying in hospital for a month. At times, she had difficulty forming sentences and suffered memory loss. When her sister Clare, who runs her parliamentary office, came to visit, she said: ‘I have forgotten what these things on my feet are called.’ She was pointing at her slippers.

She later said she felt she’d had a ‘near miss’ and her recovery had made her enjoy life, adding: ‘You realise that you can be gone tomorrow. Cherish what you have.’

Liz was a regular visitor while her friend was in hospital – and again when she was recuperating at home. Our new Prime Minister clearly cherishes her friendship with her cigar-chomping next-door neighbour – and Coffey, in turn, is delighted by her mate’s success.

The Who’s Who.. and ‘WHO?’ in Liz Truss’s new-look cabinet 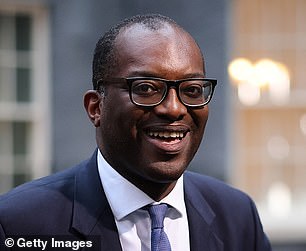 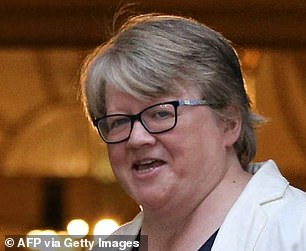 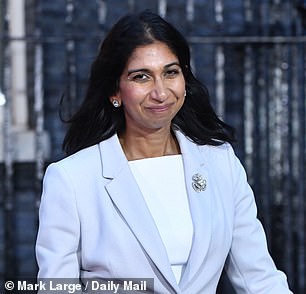 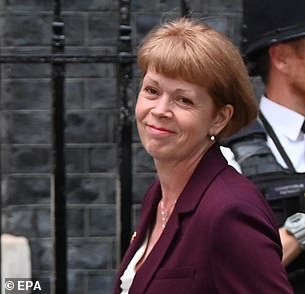 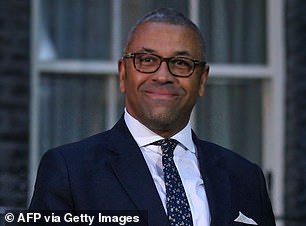 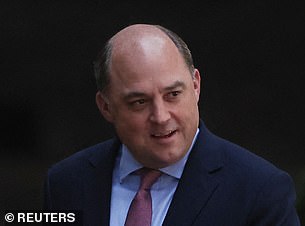 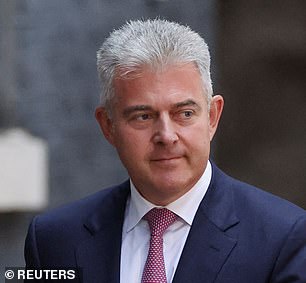 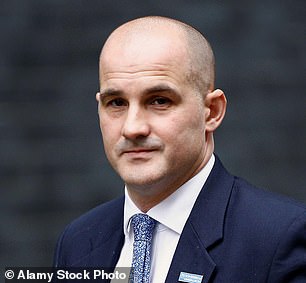 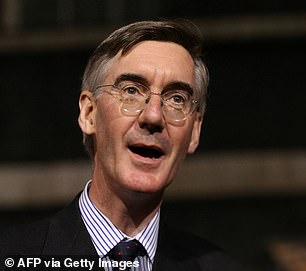 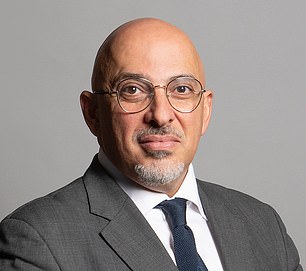 Jacob Rees-Mogg – Early backer of Miss Truss has been made Business Secretary; Nadhim Zahawi – Former chancellor. Now Chancellor of the Duchy of Lancaster 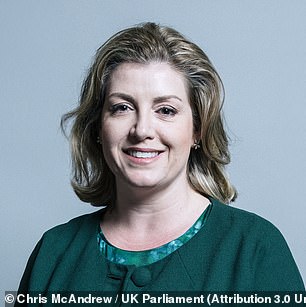 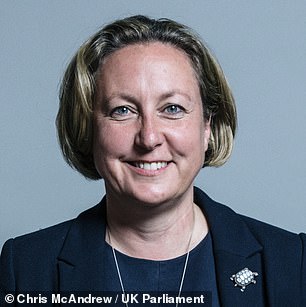 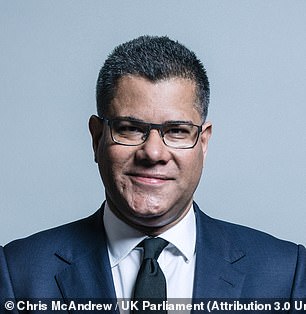 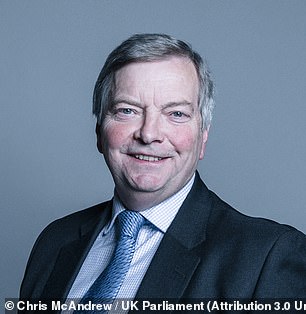 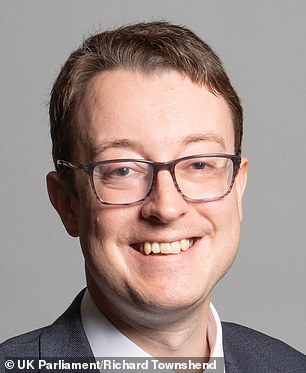 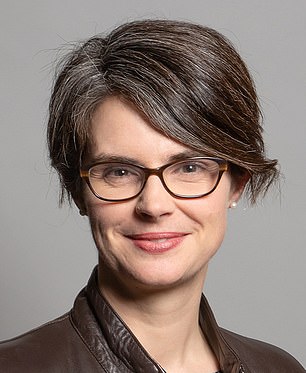 Simon Clarke – A Truss loyalist, now Secretary of State for Levelling Up; Chloe Smith – Work and Pensions Secretary. Ex-minister for the disabled 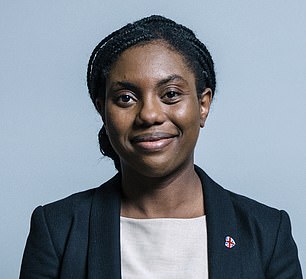 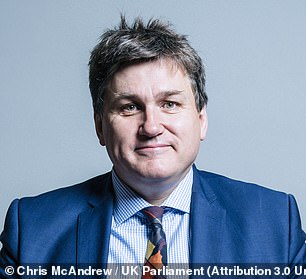 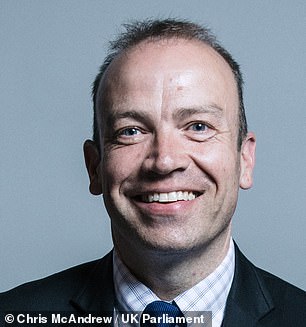 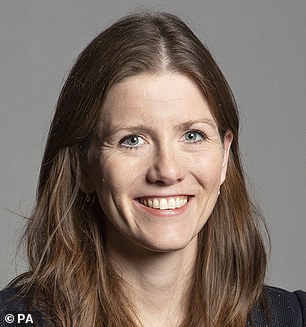