Prime Minister Anthony Albanese has suggested Scott Morrison swore himself into further portfolios as Nationals leader David Littleproud called on the former prime minister to give a public explanation of his decision to take on additional responsibilities in secret saying the Australian public deserved to know.

Albanese said he would receive additional information from the Department of Prime Minister and Cabinet on Tuesday morning but “there may well be more”. 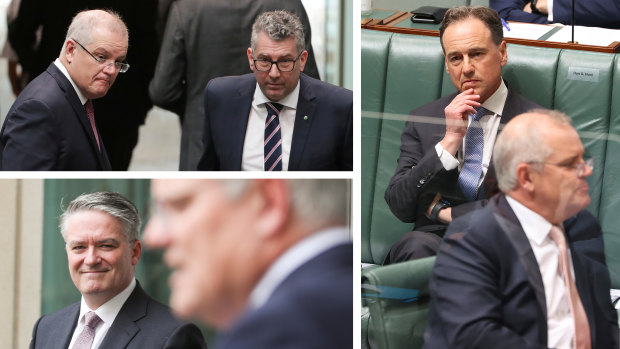 Albanese said he had no questions for Governor-General David Hurley who said in a statement on Monday he acted on Morrison’s advice when he swore him into the additional portfolios.

“The governor-general’s role is to take the advice of the government of the day. He did that. He’s issued a statement and I don’t intend to pass judgement there. I think the blame for this lies fairly and squarely with the former government. Other ministers knew this was going on and chose not to make this public.”

Albanese said he was “not aware” of Morrison being paid for his additional duties but he “doubted” that would have been the case.

Nationals leader David Littleproud said Morrison needed to give a public explanation of the actions he took.

“It is important that Mr Morrison gives an explanation, so that there’s clarity,” Littleproud said on ABC television on Tuesday morning.

“The institution of cabinet is a very important one, and part of the executive government of the democracy that we hold dear. And so, it’s important that there is trust within that institution, particularly cabinet.

“And that’s why I think the best thing that could happen now is Mr Morrison gives an explanation and clarity around the decisions that he made around signing himself into the three portfolios.”