Who knew one picture could break the whole internet? Taylor Swift performed at the Wango Tango music festival recently, and afterward, she posed for a photo with Marilyn Manson. The resulting photograph sent social media users into a frenzy.

People couldn’t believe the pair, who are pretty much as opposite as can be, would be in the same room together. Let alone, pose for a photo opp. So what’s the deal? Are Taylor Swift and Marilyn Manson friends now? We have the information you’re craving. 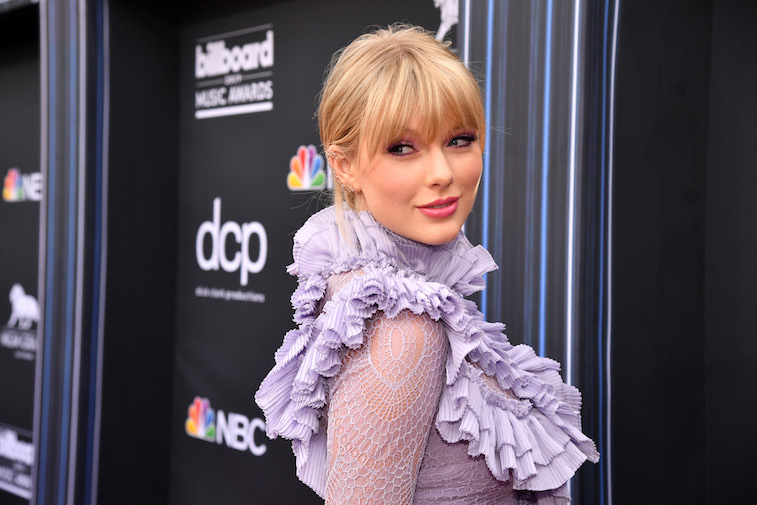 The photograph of Taylor Swift and Marilyn Manson

If you haven’t seen the picture yet, you’ve got to check this out. Swift is dressed in a rainbow outfit, from her performance, and Manson is dressed in his typical white makeup and black clothes. Their outfits only highlight what complete opposites the pair are.

Take a closer look at Swift’s expression. Fans can’t seem to get enough of the pained look on her face. It almost appears that she’s scared of him, but doesn’t want to be rude. Her smile is so forced, but he’s not smiling at all. In fact, Manson has a complete deadpan expression on his face.

The photo was taken by Ryan Lamont and posted to Instagram. At the same concert, Manson also posed for photos with Joe Jonas, Ryan Seacrest, and John Stamos.

The differences between Taylor Swift and Marilyn Manson

As far as music goes, Swift and Manson are on completely opposite ends of the spectrum. Swift sings upbeat pop tunes about relationships and love, while Manson has a much darker style. He’s been called a “shock rocker,” and delivers melodic alternative metal, with references to darker themes, like hell and death.

Both have had outstanding success in the music industry, and have become regular household names.

Have Taylor Swift and Marilyn Manson met before?

After a long and extensive internet search, it appears that Swift and Manson have never met before this picture was taken. However, they did interact on Twitter once. Manson tagged Swift in a post, and then said, “I love your Lucifer Cobra.”

The post was in reference to the huge cobra snake, named Karyn by Swift, that was used onstage at her 2018 American Music Awards performance. To be honest, the snake did look a little devil-like, and it was surrounded by fire. So, it’s not that far off of an assessment by Manson. Maybe their mutual love of snakes is something the pair could bond over? It doesn’t appear that Swift ever responded to Manson’s comment.

One thing the Twitter post did accomplish is spreading a bunch of rumors. After the post, people all over social media were saying a collab was happening between the two artists.

The proposed song even had a name, Zeena Lavey. However, it soon became clear that the rumors were not true, and no musical collaboration was in the works.

As fun as it is to imagine these two opposites hanging out, there is no evidence to support that they know each other, beyond posing for this one picture.

However, when the rumor were spread that the pair might make a song together, fans were really excited. They probably would make a really fun song, a mashup of their styles, if they were to work together. There’s always the future.

Maybe this photo will show how interested people are in seeing the two together, and prompt something to happen for real this time? We can only guess what the future may hold.