Armie Hammer spoken to by police over secret Instagram video

Paige Lorenze is speaking out about the treatment she allegedly suffered at the hands of her ex Armie Hammer and attempting to process what she claims happened to her.

Lorenze, a 22-year-old college student who dated the “Social Network” star, 34, for four months last year, says that they would engage in knife play during which, “he would cut off underwear or bras and use the knife and put it all over my body.” In one incident he allegedly carved the letter “A” near her vagina.

“I kind of sat back and let it happen,” she told us. “I didn’t really know what to do or say … As sad as that is, I wanted him to like me and feel like I was down for what he wanted.”

She said she plans to have the scar removed.

She said Hammer also left her with bruises, which she believes were something he used in a similar way. “He wanted me to show them off and be proud of them,” she told us. “I said ‘How am I supposed to see other people when I have bruises?’ He said ‘That’s the point.’ I think it was a part of marking and branding.”

He also allegedly boasted to his friends.

“He would always tell me when he got back from the gym that he was bragging to his friends about carving an ‘A’ into me,” and tells us she believes he took and shared images of her without her permission. “I have gotten a DM saying Armie had sent me photos of me tied up that I didn’t know about. I didn’t even know the photos existed or what they look like. I don’t know if I was blindfolded.”

Lorenze, who is studying fashion design, told us that Hammer “built up my trust to ease me into darker things.”

“He would compliment me and tell me things that would make me feel on top of the world,” she explained. “The first time we met he had me call him ‘sir’ or ‘daddy.’ It didn’t really alarm me. I was like, ‘This is different and this could be fun and an adventure,’ and I liked him.”

In retrospect, she said, “[He] knew what he was doing and knew how to get me to do these things, he was smart about it.”

And she said of Hammer, “He wanted me to be his sex slave. He was like, ‘You are so trainable.’”

An attorney for Hammer said in a statement, “These assertions about Mr. Hammer are patently untrue. Any interactions with this person, or any partner of his, were completely consensual in that they were fully discussed, agreed upon, and mutually participatory.  The stories being perpetuated in the media are a misguided attempt to present a one-sided narrative with the goal of tarnishing Mr. Hammer’s reputation, and communications from the individuals involved prove that.” 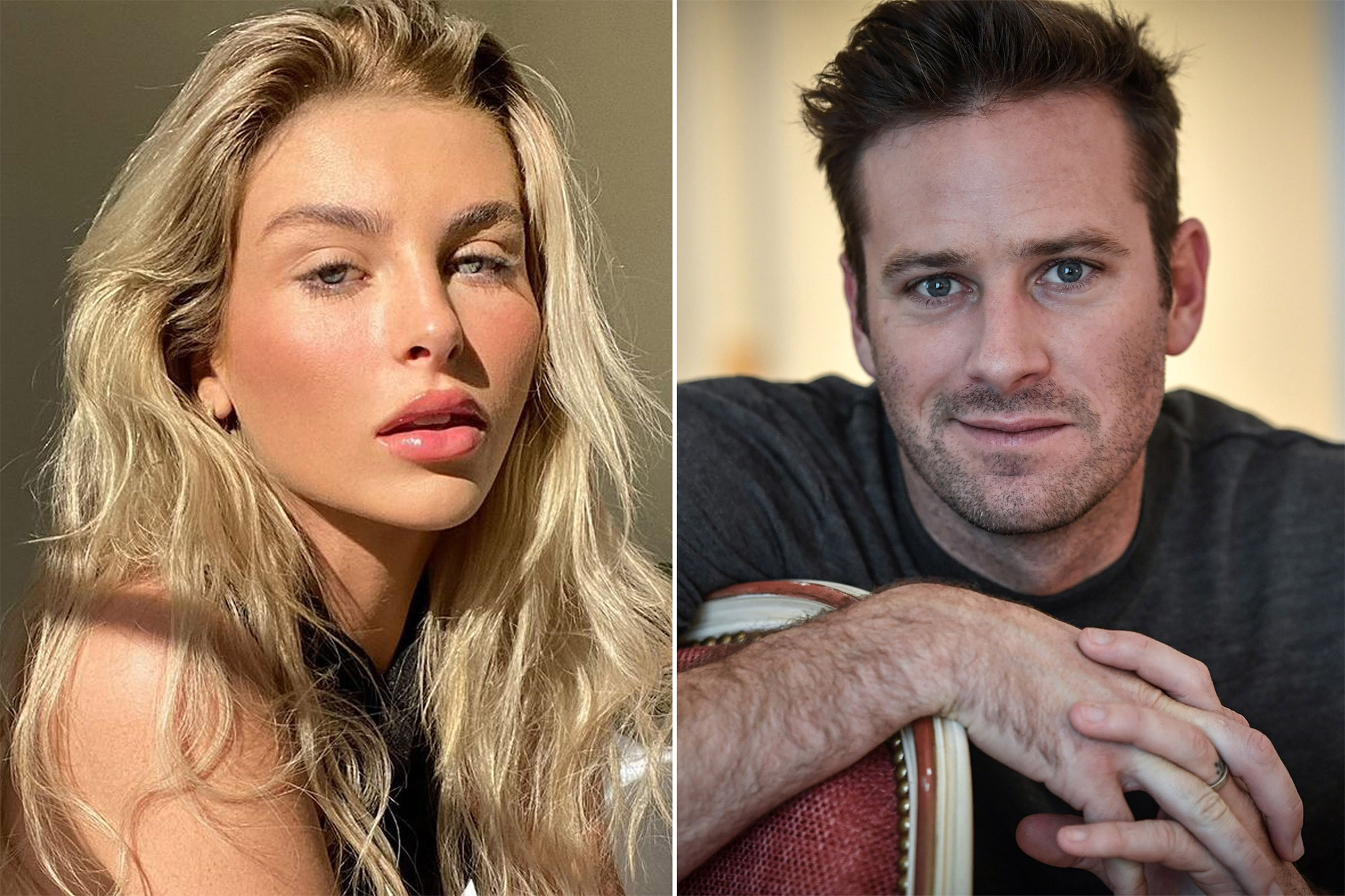 Lorenze tells us Hammer also brought up “consuming her” and had told her he wanted her to remove a rib to eat. “I thought he was kidding. It didn’t register to me this was something he was serious about until he brought it up multiple times and seeing other women come out with the same thing. And then it was like, ‘Wow, this is really scary.’”

Lorenze broke things off with Hammer over a cumulation of things, saying she started to feel “weird and icky and sick to my stomach.” She tells us, “I was starting to feel what he had done and what he was doing to me. It takes a long time to really understand what happened and how someone manipulated you.”

She is now actively seeking therapy and dealing with the psychological fallout. She says, “The tough part of this is that consent is really complicated. Emotionally and psychologically you can be just as traumatized. It’s disgusting that he coerces women into these situations. It’s dangerous.”

Lorenze is thankful that other women have spoken out and says she learned from the experience. “Learning how to say ‘no’ is such a fabulous lesson. I didn’t realize how important it was.” She added, “It takes building your self esteem and you are so much less vulnerable to people like Armie.”

Hammer’s ex Courtney Vucekovich previously told Page Six,  “He said to me he wants to break my rib and barbecue and eat it.” She explained of the relationship: “He enters your life in such a big way … He has such a presence and he’s aware of that and he uses it in such a way that most women would think, ‘Oh my gosh, this is amazing,’ but especially young women, that’s kind of the scary part — how good he is at active manipulation and making you feel like he’s never felt this way about anybody.”

Hammer stepped away from the upcoming film “Shotgun Wedding” this month, stating of leaked alleged messages to women that involved cannibalism fantasies, “I’m not responding to these bulls–t claims, but in light of the vicious and spurious online attacks against me, I cannot in good conscience now leave my children for four months to shoot a film in the Dominican Republic.”

Lorenze has also been interviewed about Hammer by the Daily Mail.