Ashley Benson is sexy in lingerie and more star snaps

Ashley Benson, G-Eazy are reportedly back together one year after split

This Pretty Little Liar isn’t afraid to get playful on the red carpet.

Ashley Benson ditched her bra beneath a feminine white blazer at the premiere of her upcoming film “The Loneliest Boy in the World.”

Benson, 32, rocked a plunging white blazer paired with matching high-waisted trousers from Camilla and Marc for an elegantly suited red carpet moment. The former soap star kept the blazer open, making sure to show off a little skin and give the classic pantsuit a sexy twist.

The “Days of Our Lives” alum embraced a semi-goth vibe in honor of the horror(ish) movie with black nails courtesy of The Blush Nail Bar. 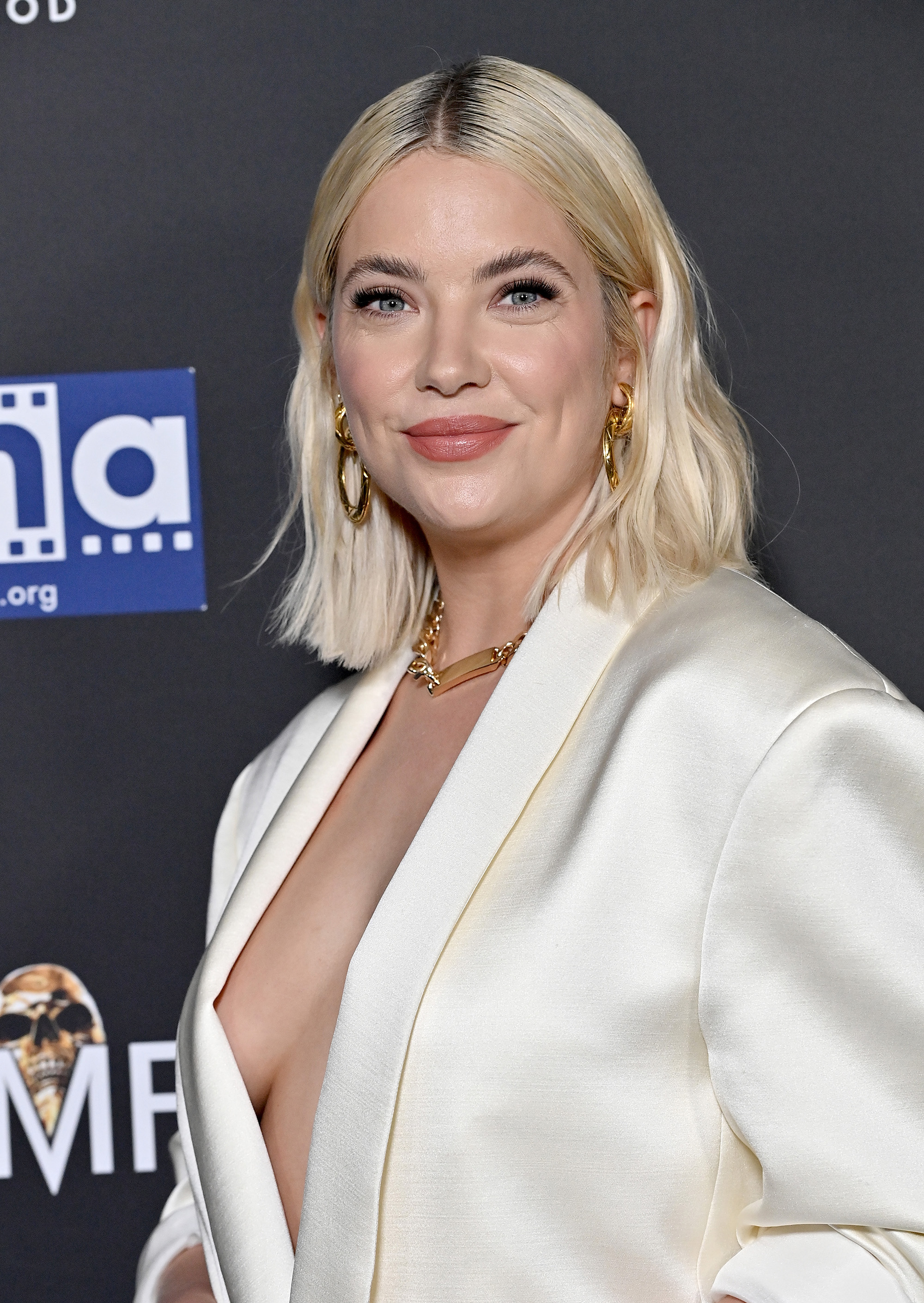 The edgy look is a definite departure from the more Old Hollywood-inspired style she rocks in “Loneliest Boy in the World,” where she has darker blonde curls and wears feminine blouses and trench coats. The film is described as “a modern fairytale — with zombies,” according to IMDb.

Benson, who previously dated rapper G-Eazy on and off and was involved with model Cara Delevingne, hit the red carpet solo but was joined by Ashlee Simpson and her husband Evan Ross, who appears in the film. Ralph Fiennes’ nephew Hero Fiennes Tiffin and singer Jacob Sartorius also star in the satirical flick. 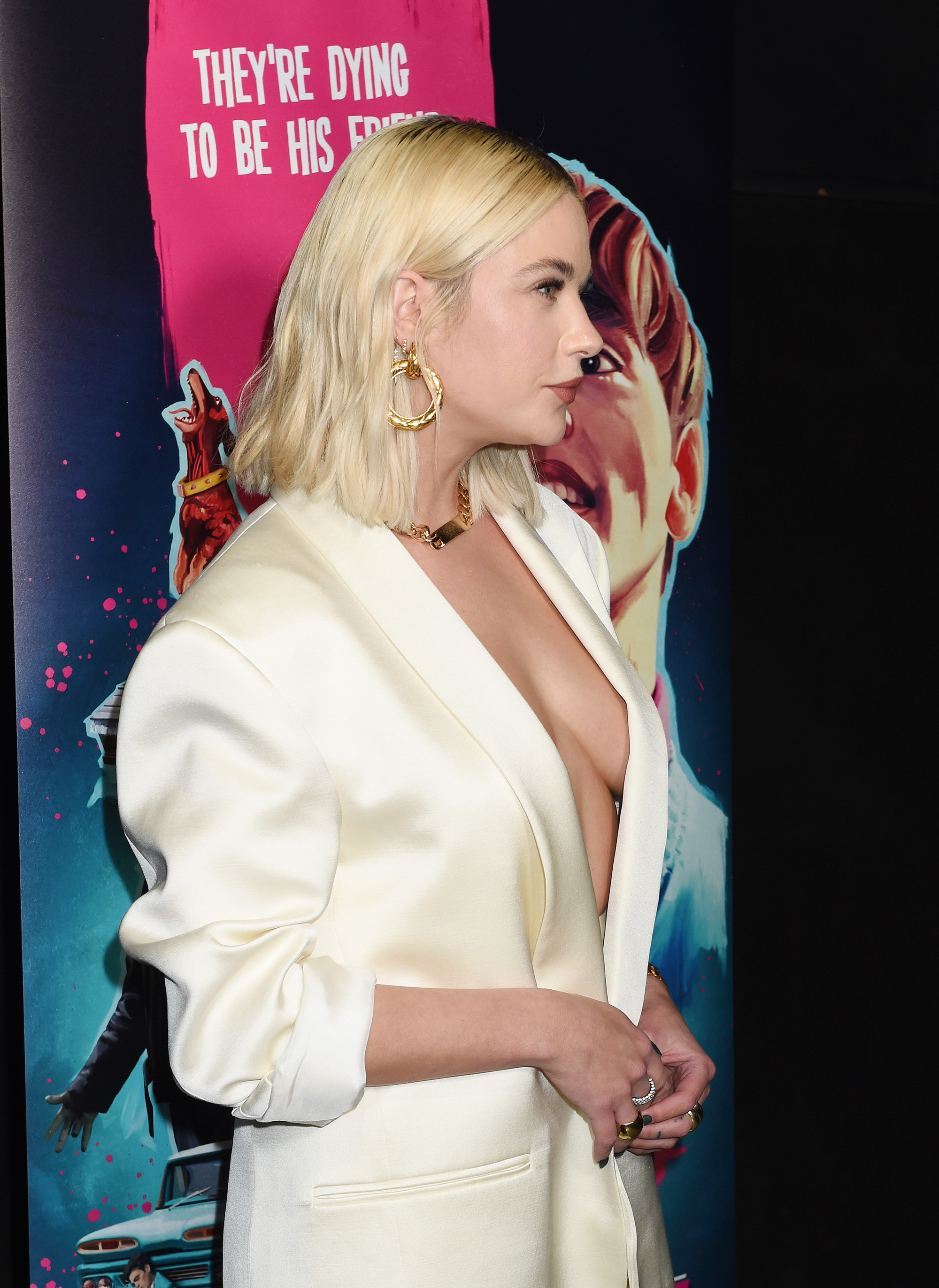 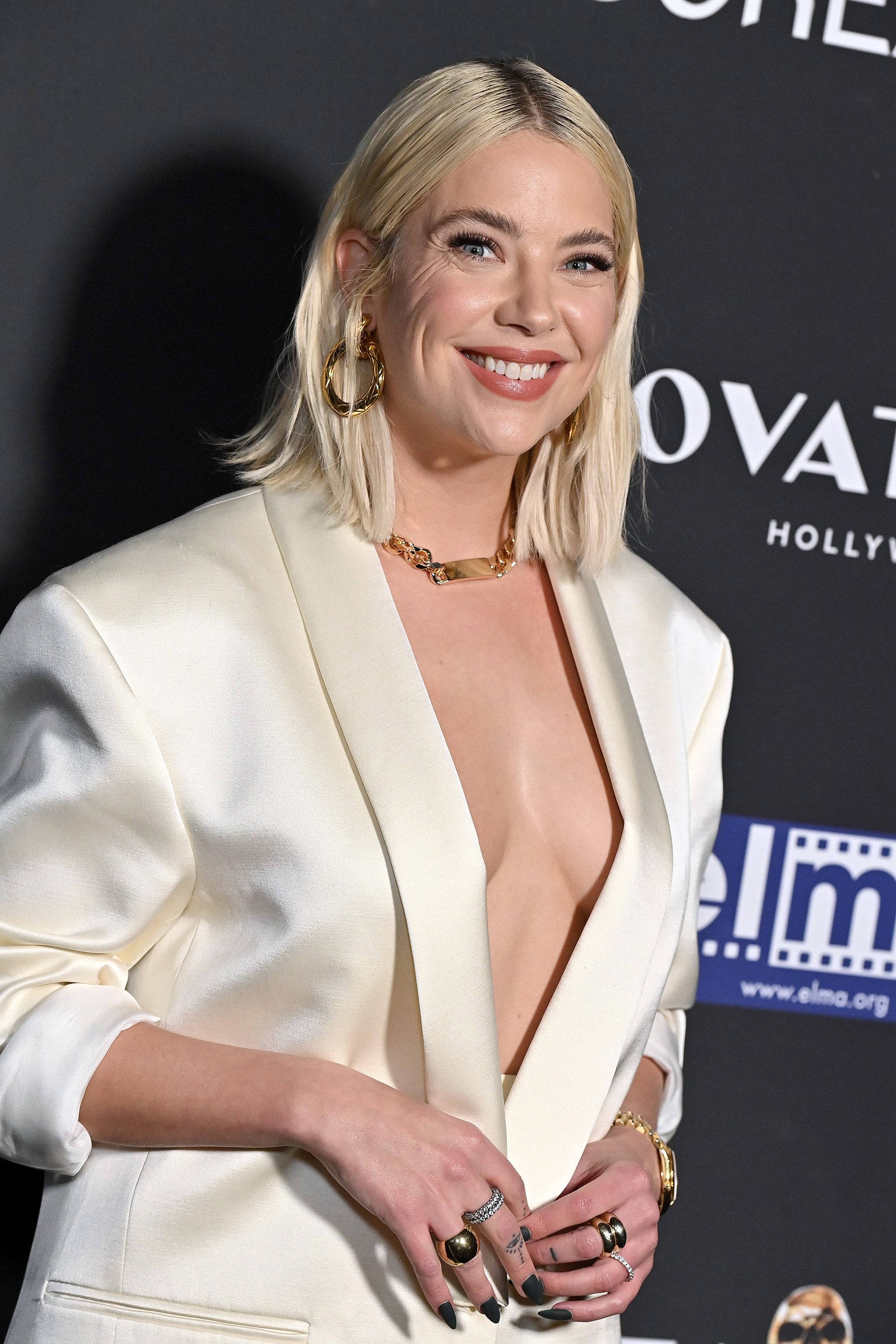 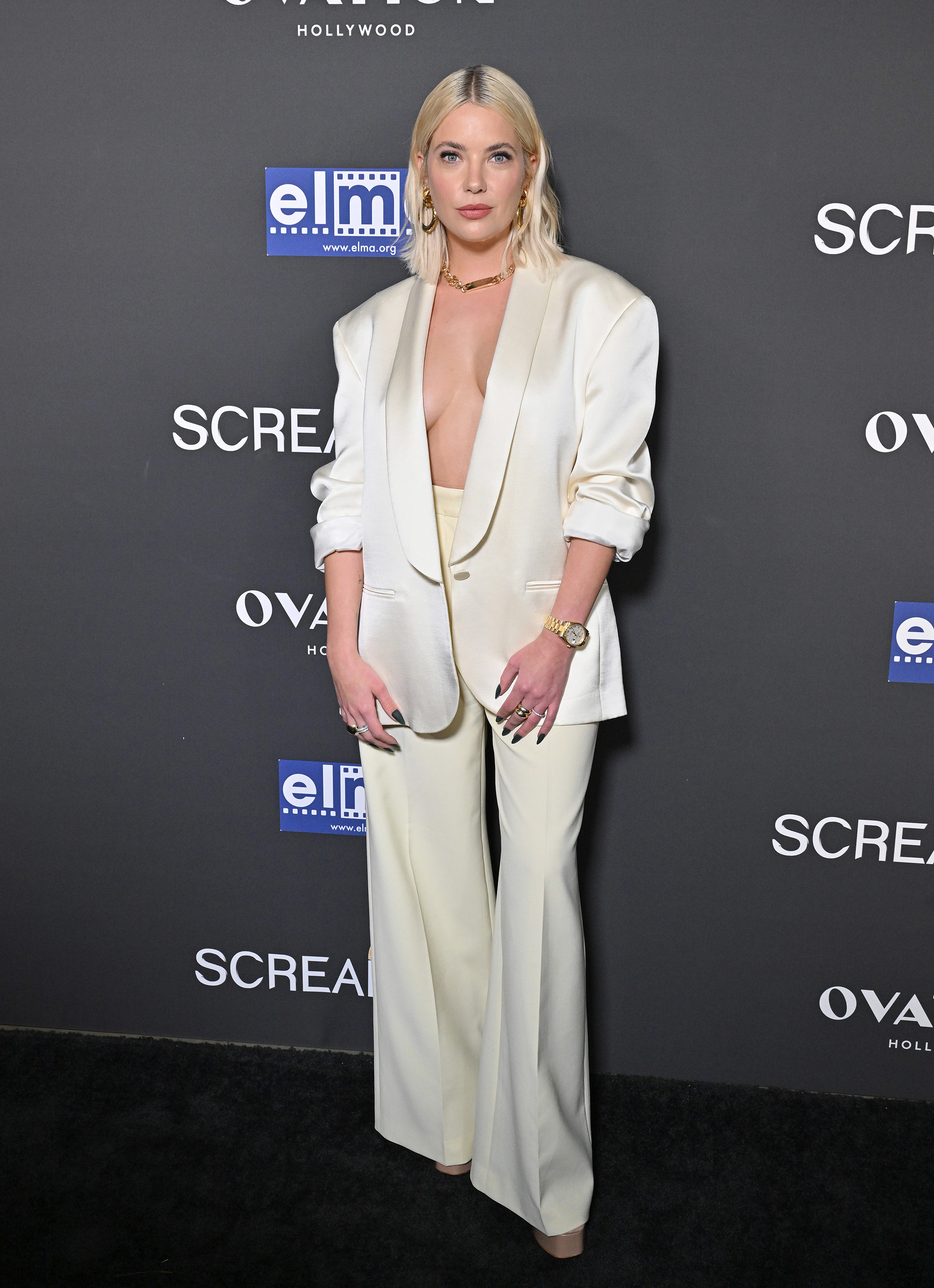