Asian Americans were subjected to nearly 3,800 hate incidents over the last year, according to a new report released by Stop AAPI Hate. These included reports of harassment, shunning, slur, and physical violence, illustrating the wave of violence the Asian community has faced throughout the coronavirus pandemic.

Verbal harassment and shunning accounted for 68% of the incidents, the report said. Physical violence accounted for 11%, with over 503 reports of violence in 2021 alone. 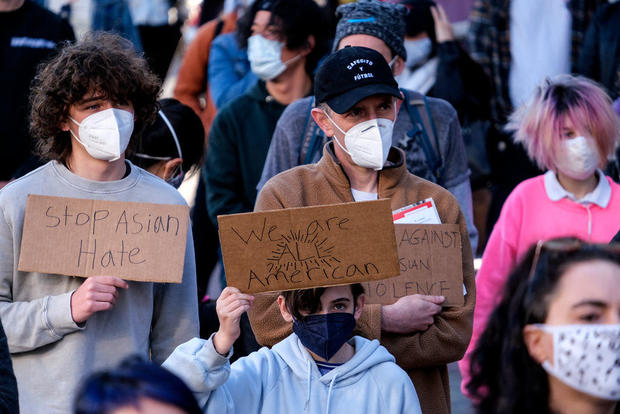 In Milpitas, California, a resident described being followed by a man in a grocery store, who yelled, “We delisted your companies, shipped back your international students… When do you ship out? We are going to take away your citizenship!”

In Brooklyn, an Asian American woman reported being followed down the block by a White man who catcalled her and yelled slurs.

In West Vancouver, a resident said two of her neighbors of over 15 years cornered her on the street, pulling their eyes down mockingly and saying, “Go back to Wuhan, b**** and take the virus with you!” She said they also threatened her and her husband with physical violence.

The report was released the same day of deadly shootings in Atlanta that left eight people dead — six of the victims were Asian. Law enforcement officials cautioned it was too early to tell if the shooting was a hate crime and said the suspect claimed his actions were not racially motivated.

“This latest attack will only exacerbate the fear and pain that the Asian American community continues to endure.”