A company part-owned by a former vice-president of the Victorian Labor Party was awarded an $86.4 million contract by the Andrews government to provide COVID-19 medical and health services without a tender process or proper procurement process.

While an Auditor-General’s report tabled in State Parliament this week found no evidence that the deal was struck because of the company’s political connections, it questioned the lack of transparency and accountability surrounding the contract. 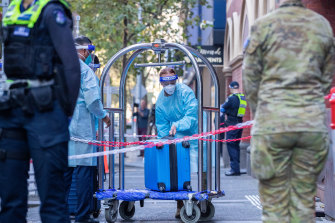 The episode dates back to the early, chaotic days of Victoria’s hotel quarantine program when senior bureaucrats were given just two days to establish a system of housing returned overseas travellers in city hotels.

An immediate problem was how to find doctors to treat people in the hotels. On the morning the quarantine program was due to accept its first guests, Nathan Pinskier, a prominent Melbourne GP and president of the General Practice Deputising Association, took a call from a bureaucrat in Victoria’s Department of Health and Human Services asking for his help.

“It initially wasn’t a contract, it was a conversation,” Dr Pinskier told The Age and The Sydney Morning Herald on Thursday.

“They said ‘help, help, we are desperate to find doctors to support the hotel quarantine program.’ I made a whole lot of phone calls and that is how it started.

“It had nothing to do with political connections. It had to do with being well recognised in my various roles through general practice over many years.”

From that conversation, a verbal agreement to help the Victorian government find doctors turned into an initial, $4.2 million contract with a newly formed company, Onsite Doctor Pty Ltd, to provide ongoing medical services to the hotel quarantine program.

Dr Pinskier registered Onsite Doctor on April 28, 2020 – eight days after the contact with the government was formally entered into – with himself as director. The company’s other director is his brother and business partner Henry Pinskier, who is also a doctor.

Henry Pinskier is a former vice-president of the Victorian Labor Party and a key political supporter of former federal MP Michael Danby in what is now the seat of Macnamara. Henry Pinskier’s daughter Abby Pinskier works as a political adviser to Premier Daniel Andrews. 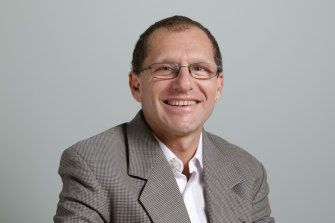 While Nathan Pinskier has never been actively involved in Labor politics, the connection of the Pinskier name to an undeclared hotel quarantine contract piqued the interest of the Victorian opposition, who have spent the past 18 months pursuing the matter through Parliament.

“Victorian taxpayers can have no confidence that they are receiving value for money when simple tendering and approval processes are bypassed,” he said.

The Onsite Doctor contract with the DHHS has since expanded beyond hotel quarantine to providing medical services at state-run testing clinics. As of July this year, it was worth $86.4 million and due to run to the end of the year.

In his report, Auditor-General Andrew Greaves was critical of how the DHHS handled the contract. Although he noted the initial services needed to be secured in a hurry, the contract could have been reviewed and the market tested when it was subsequently extended.

Mr Greaves found the department left itself legally exposed by entering into its contract with Onsite Doctors before the company was registered.

“Nothing came to our attention to show that the contract for medical services was improperly awarded to the medical services provider because of undisclosed conflicts of interest,” Mr Greaves concluded.

“However, DHHS did not fully follow its procurement policies and procedures when it engaged a service provider to deliver medical services for people in the hotel quarantine program. It urgently engaged a single entity but did not review its process to ensure value for money, accountability and probity.”

Under its procurement policy, Victoria’s health department should publicly disclose within 60 days all contracts exceeding $10 million. The DHHS did not disclose its contract with Onsite Doctor for 144 days after it was awarded.