THE Avalanche cryptocurrency has attracted the attention of investors, boosting its value for the month of November.

The price has risen by more than 95% over the past month, although it's currently down by around 4% over the last 24 hours, according to Coinbase. 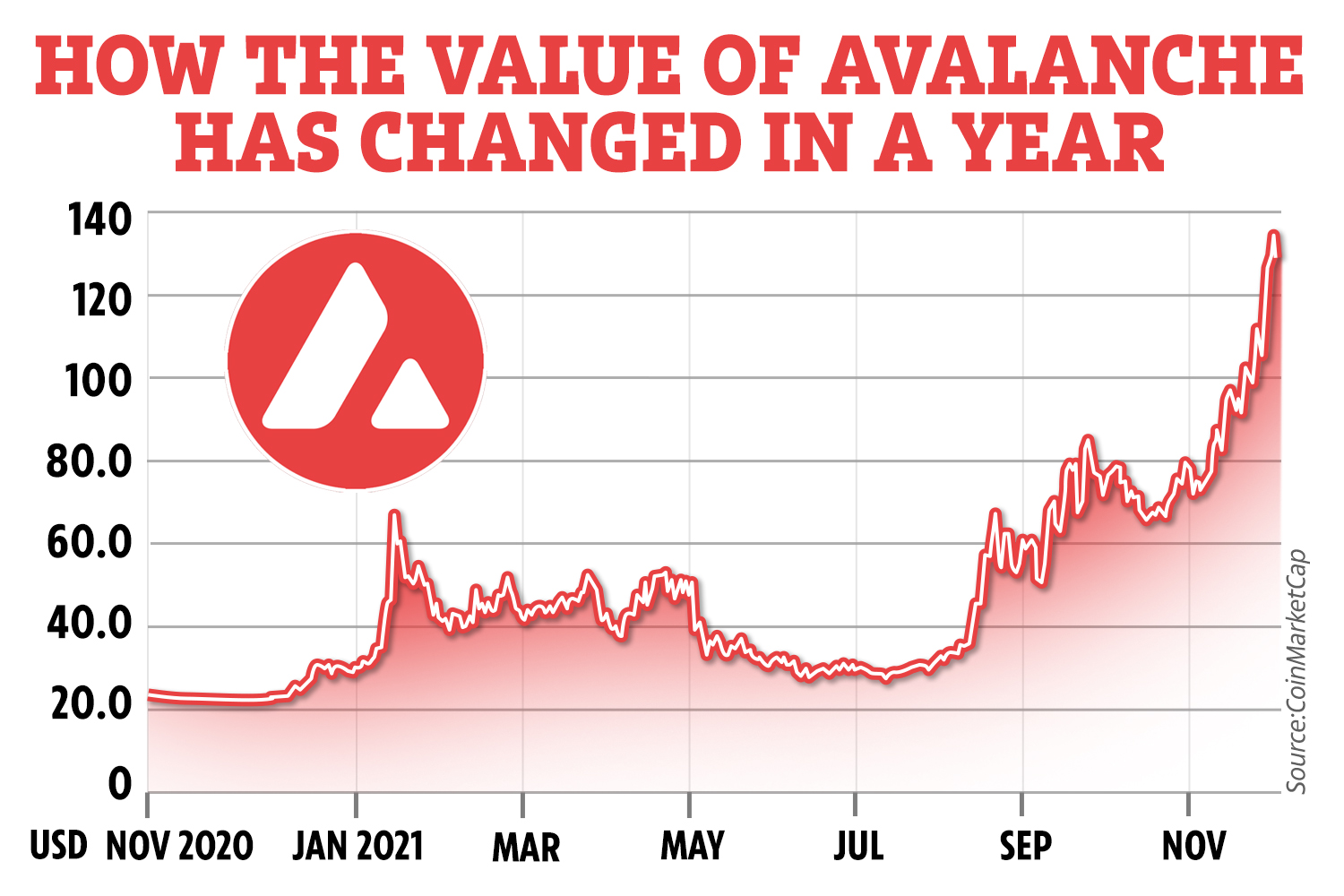 Investors should know that making money through cryptocurrencies is never guaranteed.

Cryptocurrencies can make large swings with no notice, leaving you out of pocket if you're not careful.

It's important to do your research and not invest more than you can afford to lose or into anything you don't understand.

There's also scant regulation for crypto firms, so you won't have protection if and when things go wrong.

Avalanche is a smart contracts platform for decentralized applications.

It aims to challenge Ethereum as the most popular blockchain for smart contracts by having a higher transaction output.

Avalanche, which is also known as AVAX, was launched by Ava Labs last year.

Micah Carnahan, crypto expert and writer of comparison site Finder, told The Sun: "While the market cap of AVAX has started catching up to larger competitors in the space – like Cardano and Solana – the protocol may eventually rival Ethereum in the near future."

Mr Carnahan added: "Ethereum has struggled to contain the costs associated with its gas fees – a problem Avalanche can take full advantage of going forward."

However, he noted that "unforeseen problems may yet affect the nascent platform".

A series of upgrades to Ethereum, known as Ethereum 2.0, are also expected to solve the problems on the network by the end of 2022.

The price of Avalanche is currently sitting at $127.65, according to CoinMarketCap.

Ava Labs recently announced a partnership with Deloitte, which has added fuel to its current price run.

The soaring value means it's now competing with Dogecoin for the 10th spot in a list of cryptocurrencies arranged by market cap.

How the cryptocurrency's value will change in future is impossible to say for certain, but a value of $150 isn't that far off.

Plenty of crypto sites have also made predictions of where the price will end up in the future.

For example, Wallet Investor expects the cryptocurrency to be worth $251.081 in a year's time while it could soar to $724.457 in five years.

In comparison, Coin Price Forecast forecasts a value of $262 by the 2021 year-end.

It's important to note that these predictions will likely change if the value of Avalanche crashes or soars in the near future.

The value of Shiba Inu has also soared recently – we explain whether it could hit a value of $0.10.