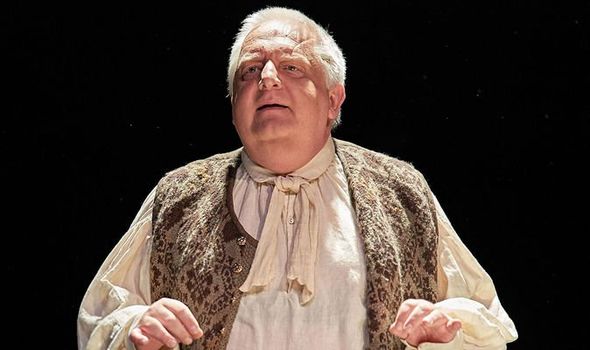 Following the recent triumphant A Christmas Carol much is expected. Leading man Simon Russell Beale, director Nicholas Hytner and the Bridge Theatre are fast becoming an exciting trifecta and are reunited for the premiere of Nina Raine’s new play. The clue is in the title as this ambitious work examines the later years of Johann Sebastian Bach. It takes its cues, beats and melody from the composer’s twin obsessions of passing on his legacy through his two eldest sons, and his unwavering devotion to finding divine order in the mathematical framing of his music. Fascinating and rich subjects, ripe for exploration and illumination.

Beale, as expected, towers over proceedings, effortlessly bringing every line of Raine’s modern-slanged script to life. Bach’s relentless vanity and arrogant intransigence are tempered with deftly delivered, foul-mouthed insults which are well-worth stealing. He also shows nicely tuned glimpses of vulnerability (but never self-doubt) over his fading reputation and relevance, his frustration with his sons, and the devastating loss of ten out twenty of his children.

The other performances are uniformly committed, notably Douggie McMeekin as eldest son Wilhelm, a drunken and over-sensitive manchild, disenfranchised of his own agency by his father’s blind love and faith in his talents. Samuel Blenkin as younger son Carl is a twitching bundle of neuroses, desperate for the approval that will never come. 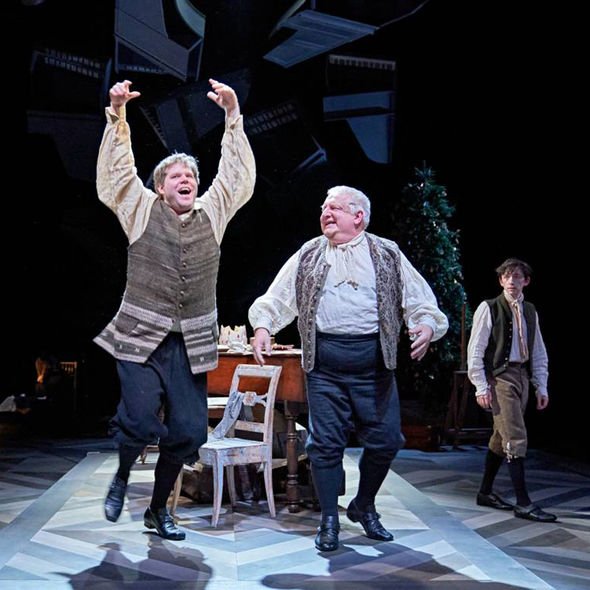 Pravessh Rana stands out, making his stage debut as a wonderfully predatory Prince Frederick, mixing gleaming charm with casual, ruthless cruelty in almost every line. Rana impressively brings a powerful sense that there is an entire story and life behind such a seemingly superficial character.

And this, for me, is where the twin central themes don’t quite harmonise throughout the rest of the play. Everyone else, from Bach’s suffering sons, to his two wives and a sister-in-law secretly in love with him, all constantly tell us about their pain. Children dead in childbirth and infancy are referenced, paternal and marital neglect and unkindnesses are legion.

Raine’s love of exposition and Bach’s overpowering ego reduce everyone in his orbit to two-dimensional satellites, defined only through him. This is deeply, monstrously tragic, but leaves us with characters we struggle to truly care about.

Numerously carefully calibrated lines are precisely delivered, but I just didn’t feel anything in response. The words too often remained inert, like musical notes lying flat on a page, waiting to be brought to life. 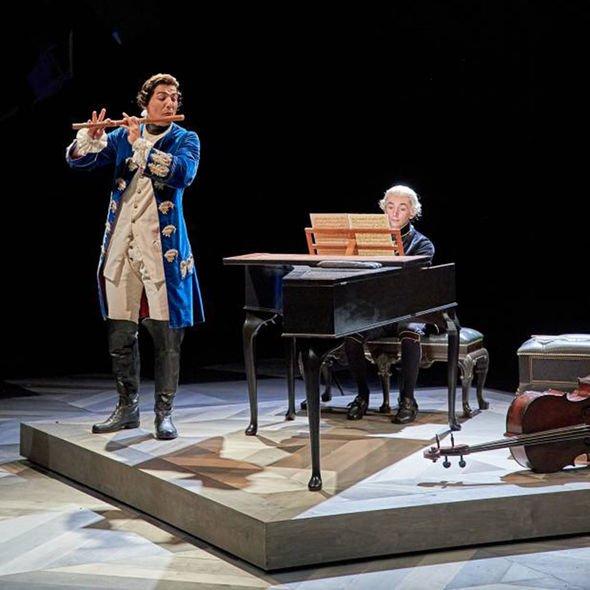 Bach’s own fame is rooted in his mastery of counterpoint, different melodic lines set against each other to create a new truth. The subject is endlessly discussed on stage and transparently meant to parallel the storylines. And yet, this entire piece lacks its own counterpoint.

The play keeps telling us everything rather than trusting us to feel anything. It all goes around and around in circles, an undeniably tragic refrain that says the same thing but never truly means anything.

The staging, performances and musical score are suitably elegant but the production ends up feeling like an intelligent exercise in replicating Bach’s own fascination with repeating patterns and mathematical constructs. Except, in the composer’s sublime music it is always the heart that ultimately triumphs over the head. There is such beautiful catharsis in the greatest music but little enough here.

BACH & SONS AT THE BRIDGE THEATRE TO SEPTEMBER 9: TICKETS AND INFORMATION