Hannah Brown called out Cam for being manipulative during the Monday, May 27, episode of The Bachelorette. Meanwhile, the leading lady spent time in the hospital and put Luke P. in his place. 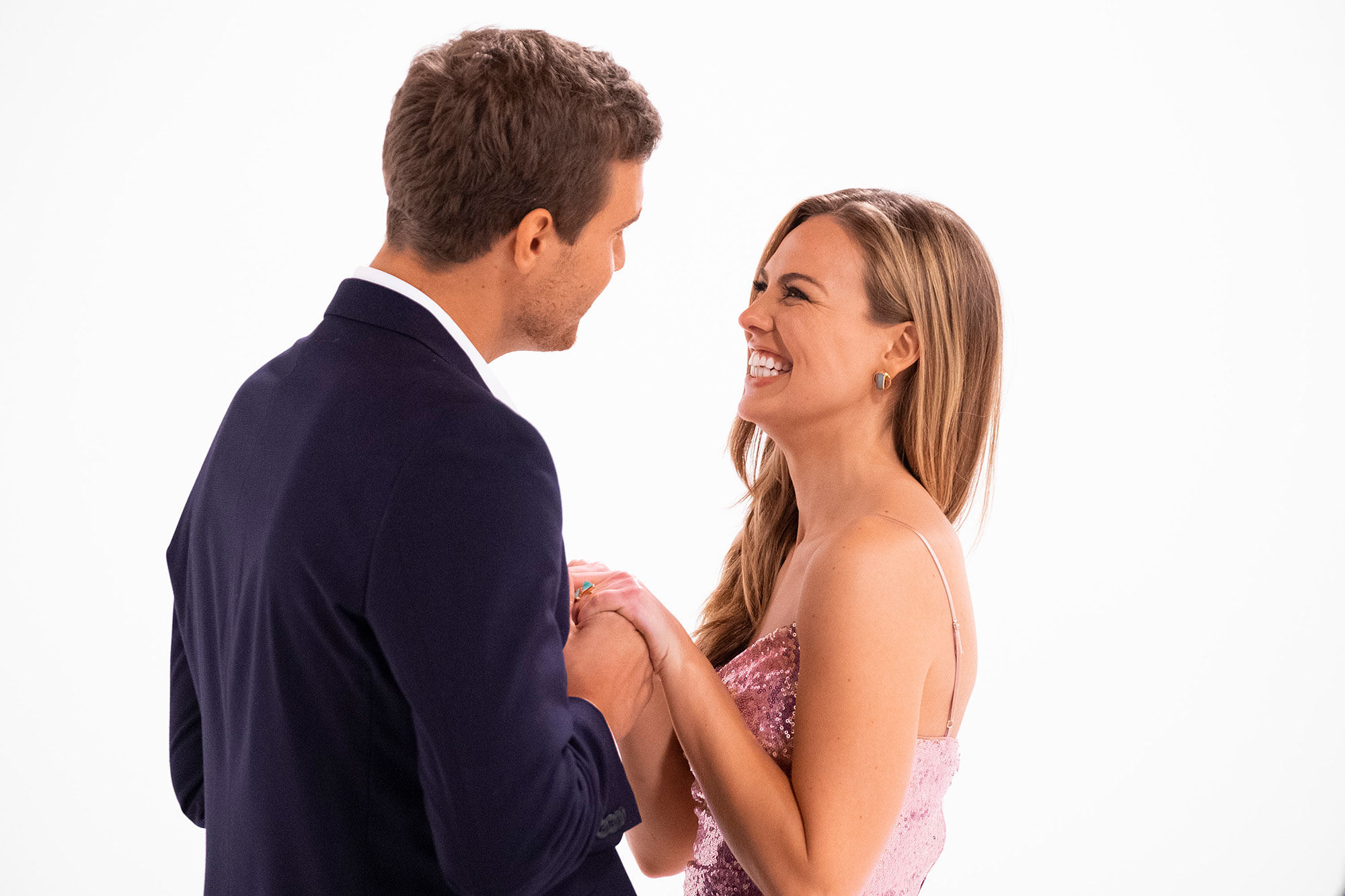 The gang hung out at a tailgate rather than a cocktail party ahead of the rose ceremony. Cam stole Hannah away right off the bat to tell her a long and winding story about surgeries, lost puppies and his grandmother’s death.

Mike then told Hannah that Cam thought he was going home, so he used the saga as a last-ditch effort to stick around. Hannah confronted Cam and accused him of trying to get a pity rose, which he denied. She also called the move “scheme-y and slimy.” Cam was ultimately sent packing during the rose ceremony.

Hannah and the guys participated in a photoshoot with animals during her second group date of the week. Luke P. grew jealous after Peter kissed Hannah in front of the other men, and Hannah sensed his domineering approach.

The Bachelorette immediately pulled aside Luke at the afterparty to reel him in, telling him that his confidence irritated her and he did not have it in the bag at this point, though he acted like it. Luke bristled at the fact that he did not get to defend himself, so he tried to talk to Hannah again and again. He even threatened to go home over the ordeal and admitted that he was not in love with her as she denied him more time. She eventually reiterated her earlier points, told Luke to fix his behavior and gave Peter the rose.

Hannah had to cancel her one-on-one date plans with Connor S. because she ended up in the hospital after passing out. The duo instead spent the day chilling in her hotel room. Connor even left sweet notes around the room for her before he left.

He thought the date was over, sans rose, but a driver picked him up later for a private concert with Lukas Graham. There, Hannah gave Connor a rose.

Hannah took her first group date to a birthing class with Jason Biggs and Jenny Mollen. The real drama went down at the afterparty, though. Sticking with this season’s theme of chicken-nugget waste, Jed and Hannah made wishes by throwing nuggets off the roof.

Mike later shared a gut-wrenching story about his ex having a miscarriage; however, Cam kept trying to interrupt during the sensitive conversation. He eventually succeeded, but Jonathan then clashed with Cam, arguing about his time with Hannah being up and physically inserting himself between Cam and Hannah when he tried to extend their chat. Hannah gave the rose to Mike.

In addition to Cam, Jonathan and Joey did not receive roses. Earlier in the episode, Hannah mentioned that Tyler G. had to go home but did not provide an explanation.

The Bachelorette airs on ABC Mondays at 8 p.m. ET.