Victoria’s most senior early childhood teachers will earn more than school teachers under a new pay deal agreed between the state government and education union on Thursday.

Salary increases of up to 31 per cent for kindergarten teachers and 27 per cent for educators and activity group leaders will for the first time ensure parity between Victoria’s 7000 kindergarten workers and 46,500 public school teachers at every pay level. 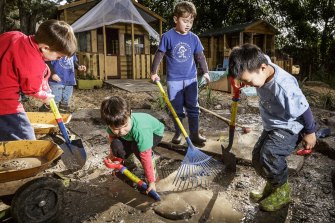 By 2024, a full-time kindergarten teacher who enters the top pay bracket after seven years’ work will earn $116,906 every year, up from $103,838 currently, while diploma-qualified educators will receive a salary boost of almost $12,000.

Victorian school classroom teachers must now comparatively work longer to earn a lower salary, with 11 years of service required to enter the top pay bracket of $108,003.

The Andrews government hopes the new enterprise bargaining agreement will make early childhood work more attractive for teachers and educators as it looks to almost double the workforce to 13,000 by 2029 in line with its $5 billion plan to extend 15 hours of free kinder to all three-year-old Victorian children.

However, the Victorian government said it was unable to detail exactly how much it would cost taxpayers over the course of the four-year agreement, as final details were still be ironed out.

Workers in after-school childcare will also observe the increases with interest as they negotiate their own enterprise agreement and will not benefit from the sweetened new deal.

Minister for Early Childhood Ingrid Stitt said she was pleased with the deal.Credit:Joe Armao

“Our early childhood members have been under-appreciated and underpaid for far too long,” Mr Mullaly said.

“Early childhood staff have done an incredible job throughout 2020 and the pandemic, and this new agreement is a much-deserved reward at the end of a very tough year.”

The state government has laid out a number of initiatives for Victoria’s early childhood sector this year, in particular the announcement in November of free kinder for four-year-olds and some three-year-olds – introduced as a measure to help parents during the coronavirus pandemic – will be extended into 2021 at the cost of $170 million.

Heidi Ratje, 31, has worked as a kinder teacher in Melbourne for 10 years and said the pay increases would help arrest a consistent trend she had observed of young teachers shunning early childhood in favour of guaranteed full-time work at primary schools. 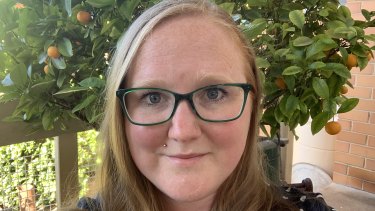 "I have seen a lot of fantastic people move on because of the nature of the work being part-time or because those on full-time hours get stuck at a certain pay level for years," Ms Ratje said.

Kinder teachers, who are better paid and generally have university qualifications, lead classes and are supported by early childhood educators who have studied diplomas, often at TAFE.

Pay parity between some early childhood and school teachers was initially established in the 2016 enterprise agreement. Teachers then edged ahead in their new agreement in 2017, which could be repeated when they reach a new agreement expected to be finalised midway through next year.

Early Childhood Minister Ingrid Stitt said the new agreement, which will cover more than 900 kindergartens, 44 long daycare centres and 22 local government areas, was part of a concerted effort to invest in early childhood educators and teachers.

“This outcome recognises the hard work of the early childhood workforce and supports services to continue to deliver high-quality early learning across the Education State,” Ms Stitt said.

Tuesday’s state budget included $219.4 million in early childhood learning this year – about one-sixth of the $1.2 billion set aside for education – with the government spruiking kinder as an opportunity to boost female participation in the workforce 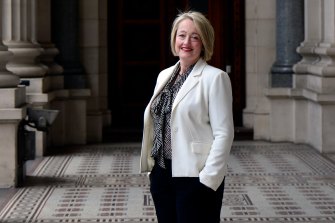 “Equity Economics found at every stage of the government’s now-abandoned roadmap, more men got their jobs back quicker than women did … and this budget continues to favour these male-dominated employment sectors," Ms Staley said.

"Construction is 89 per cent male, and it gets a whopping $69 billion in additional expenditure."

She said beyond stimulating the economy, the government was using its $155 billion debt over the next four years to cover mismanagement and cost blowouts on infrastructure projects.

"God forbid we get a third wave or any other setback. With that amount of debt already factored in, the choices open to the government to help with the recovery in the future will be constrained," Ms Staley said.