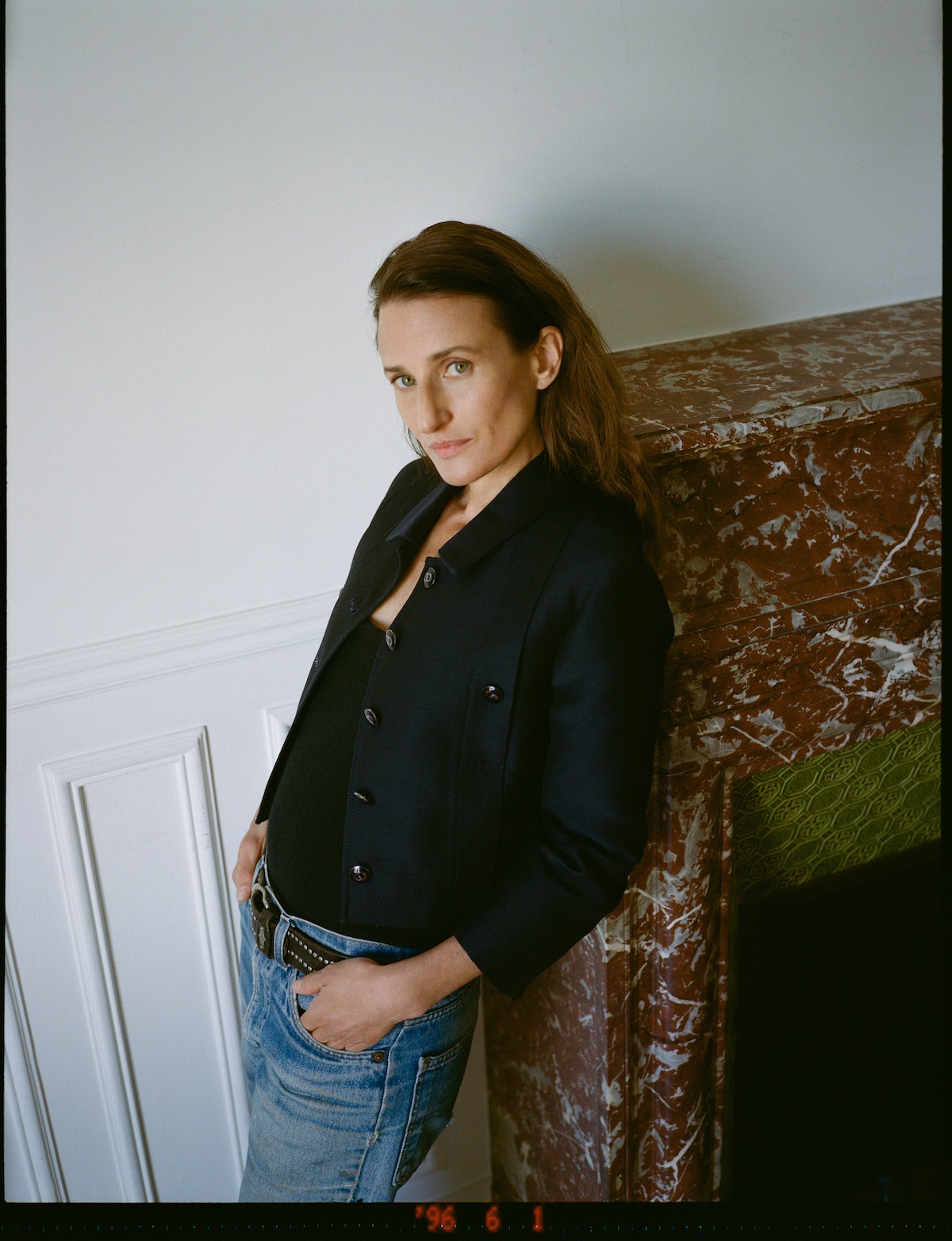 To the many American viewers who fell in love with Call My Agent! during lockdown, the only recognizable faces in the hit French Netflix series might have been guest stars like Sigourney Weaver, Isabelle Huppert, and Monica Bellucci. Soon, though, that list will no doubt include Camille Cottin—the actor behind Andréa Martel, among the most ruthless members of Paris’s cutthroat network of talent agencies on the show.

In fact, a real-life Andréa would no doubt be in talks to sign Cottin herself. The 42-year-old actor will soon play a key role in Ridley Scott’s upcoming fashion crime drama, House of Gucci—with Adam Driver and Lady Gaga playing Maurizio Gucci and Patrizia Reggiani, no less. The film’s late November release date seems just around the corner compared to Cottin’s other highly anticipated project: the fourth and final season of Killing Eve, which only just began production. Both projects find Cottin, who was born and mostly raised in Paris, speaking English, which she learned as a teen while studying at a French lycée in London. That’s also where she first studied acting, which she mostly pursued on the stage in France before her breakout onscreen role in the 2013 hidden-camera series Connasse.

This Friday, Cottin’s highest-profile English-language role to date will hit theaters—Tom McCarthy’s Stillwater, which is notably fresh off its premiere at the Cannes Film Festival. Cottin heads it up alongside Matt Damon, whose character Bill—an unapologetically American oil rig worker—sticks out like a sore thumb in Virginie (Cottin)’s home of Marseille. Convinced his daughter (played by Abigail Breslin) is innocent of a mysterious crime, Bill is on a mission to save her from the French legal system. And Virginie, providing him lodging, is his only hope.

Cottin describes Virginie as “very strong and very grounded—and at the same time, very fragile.” The character is a stark change from those Cottin has been most closely associated with since Connasse, the 2013 Canal+ series officially described as “the adventures of a true A-hole filmed by hidden cameras.” Cottin has previously described the role as earning her the reputation of “this senseless bitch”—one no doubt furthered by the fact that the show’s 2015 film adaptation was literally titled The Parisian Bitch. But that didn’t stop the Parisian actor from booking her first English-language film—Allied, starring Marion Cotillard and Brad Pitt—the following year.

Cottin is notably forthright about the fact that while clearly satirical, Call My Agent!’s cutting portrayal of the film industry’s inner (and often absurd) workings is “very close” to reality. After all, Dominique Besnehard spent two decades as one of France’s highest-profile agent before creating the series. Its authenticity, Cottin says, is “probably why even people who are not from the industry like it. There’s something really true, of course with a comedic tone. It’s also quite tender, not depicted as a world of people eating each other—only biting and loving.”

Across the pond, talent scouts have taken note of Call My Agent’s widespread appeal. A British adaptation is officially underway, complete with cameos from Phoebe Dynevor, David Oyelowo, and Helena Bonham Carter. Fans of the show will know there’s big news for the original Call My Agent!, too: Besnehard has said that both another season and film adaptation are in store, as a number of reputable outlets eagerly reported. Alas, Cottin has disappointing news: “Nothing concrete, signed, confirmed,” she says. (At least, as of our conversation a few weeks ago.)

From the sound of it, the movie seems most likely: “It’s an idea,” Cottin notes. “And if a good idea comes, then they’ll try to do it.” For now, though, the actress is splitting her time between her home base in Paris and the set of Killing Eve in London. (She’s reprising her role of Villanelle’s notably chic boss Hélène.) It’s a stark departure, Cottin says, from her experience during the pandemic: She spent much of the past year living in the French countryside near Normandy, in the company of her pet goats J.Lo and Shakira.