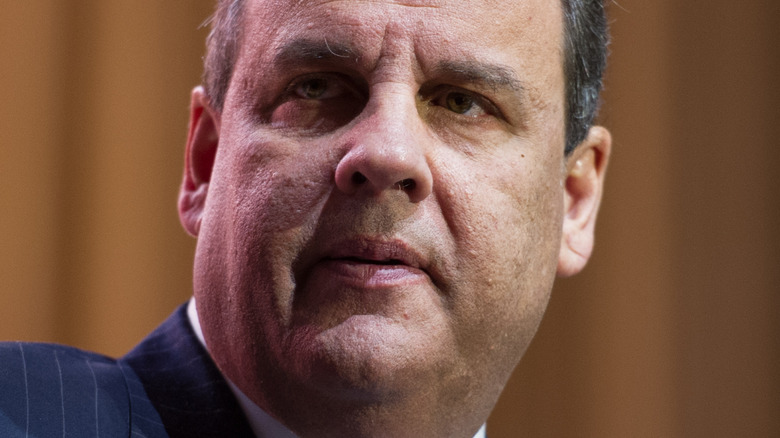 Chris Christie was well-known in New Jersey for years, where he served as governor from 2010 until 2018 (via Britannica). He would also run for president in 2016 — the same year Donald Trump ran and won the highest job in the land.

Once it became clear that the businessman was the frontrunner, Christie endorsed Trump (via Politico). Although, to be fair, there were many times Christie said less-than-complimentary things about the eventual president. One such occasion was during the campaign when the former governor said, “We do not need reality TV in the Oval Office right now. President of the United States is not a place for an entertainer.”

In 2019, Christie would call Trump a “friend” (via CNBC). Now, with his eye on running for president again in 2024, it seems Christie has more to say about Trump, and it’s not very friendly.

Chris Christie is no longer a supporter of Donald Trump 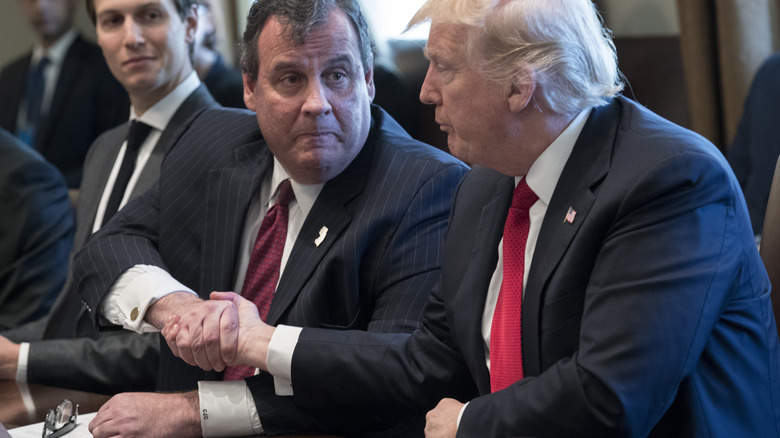 During remarks given at the Ronald Reagan Presidential Library on Thursday, Chris Christie talked about Donald Trump’s claim that he was cheated during the 2020 election, opining, “Pretending we won when we lost is a waste of time, energy and credibility” (via Yahoo!).

During his speech denouncing Trump’s possible return to the national stage in 2024, Christie also said about the former president, “All this lying has done harm to our nation, to our party and to ourselves.” The potential Republican candidate further opined, “If the requirement in today’s politics for getting your support is to say a bunch of things that aren’t true — no, thank you.”

“No man, no woman, no matter what office they’ve held or wealth they’ve acquired, are worthy of blind faith or obedience,” Christie continued, adding, “That’s not who I am, and that’s not who we are as Republicans, no matter who is demanding that we tie our futures to a pile of lies. We deserve much better than to be misled by those trying to acquire or hold on to power.” 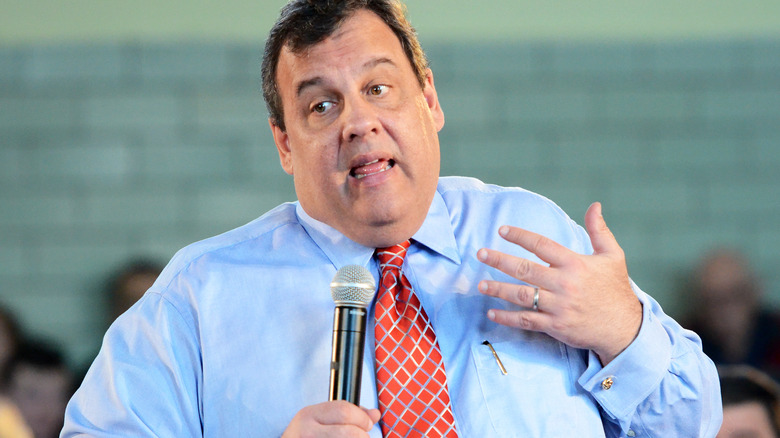 On social media, people had plenty to say about Chris Christie’s remarks positioning himself against Donald Trump.

“Chris we know you are posturing to run for Prez. Do the party a favor and DON’T. You’re a good guy, just don’t have the star power to pull it off. Just line up with the good cause. Support Trump if he runs,” one Twitter user posted.

Another person blasted Christie with this tweet: “Remember when you endorsed the biggest liar of all times and also stood by him when he was promoting fake news?”

But someone else supported the would-be candidate by tweeting, “Thank you, Mr. Christie! Finally, a Republican that speaks with moral clarity. Please keep up the good work for the good of America and the good of your party.”

Finally, someone tweeted, “Chris Christie will do what is best for Chris Christie just like Trump. He fails all the leadership and principle tests for me!”