Chrishell Stause is aware she hasn’t had the perfect track record when it comes to her romantic relationships.

In her new book, “Under Construction”, the “Selling Sunset” star opens up about her failed relationships and moving on in the pressures of the public eye. Chrishell calls herself “a work in progress” and details how therapy and self reflection has helped her make better decisions when it comes to love and waiting for the right person.

“Part of adulting is realizing that there are two people in a relationship and owning your part in what went wrong,” she writes in an excerpt obtained by E!. “Being the victim and staying bitter won’t help you grow and move on.”

The 40-year-old TV personality also spilled details about her previous relationships, specifically writing about her marriage with “This is Us” Star Justin Hartley. Chrishell spoke about being completely blindsided by Hartley’s request for divorce back in 2019; their divorce was finalized in January 2021.

Stause describes the former couple being “pretty much inseparable from day one”, and feeling so in love with Hartley that “I fell hard and fast and thought that he hung the moon.”

“I didn’t mind my love life being public because it was something I was so proud of. I always wanted to have a family, and at the time I thought I was with the love of my life,” she admitted. “However, I never could have predicted how it all came crashing down so forcefully.”

Despite their differences in their marriage, Stause says she was in “complete shock” when Justin had asked for a divorce, which she writes was requested through a text message.

“In 2019, while I was filming ‘Selling Sunset’, he filed for divorce and notified me via text. Although there were definitely signs that things were far from perfect, ending things in such a finite way, without talking it through, was a complete shock,” she stated. 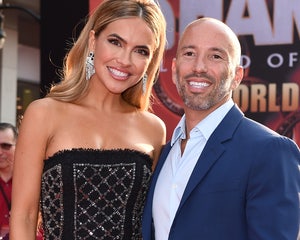 “When I got married, I imagined being eighty years old on a porch with my husband someday, holding wrinkly hands and laughing about an inside joke… Divorce is humiliating, and it can make you feel like a failure as a person.”

Chrishell spoke about her desire to have dealt with her divorce privately, “I still wonder why he wouldn’t have wanted to separate in private and wait to file for divorce a month later when ‘Selling Sunset’ would be finished filming, but what’s done is done. I was terrified to put all that on camera.”

The real estate mogul also wrote about her previous relationship with “Glee” star Matthew Morrison whom she had also briefly spoken about on the show but hadn’t labeled by name.

“I dated ‘Glee’ actor Matthew Morrison in my midtwenties, and we fell in love and got engaged. I didn’t fully understand what a healthy, solid relationship looked like, even though of course I thought I did,” she confessed, the couple had started dating in 2006 and had gotten engaged in 2007 to split the same year. 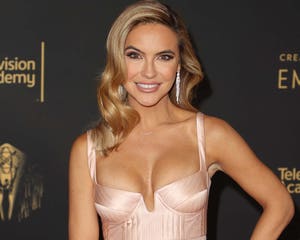 “If you’ve seen ‘Selling Sunset’, you might know how that relationship ended because during one of the on-camera interviews I said, “If I ended up with the person I was with when I was twenty-five, I would want to kill myself…Yeah, you can google that. You were a d–k! Sorry!”

Chrishell acknowledged that her statement on the show may have sounded harsh but assured readers that there was no bad blood between the former couple.

“A lot of time has passed since that relationship ended, and we can both laugh about it all now. It’s not like we’re hanging out and bonding every week, but we’ve run into each other a few times over the years,” she said.

“Under Construction” will hit shelves on February 8.