Home » Lifestyle » Christie Brinkley once took her mom to Studio 54

Christie Brinkley, 67, on bikini photos: ‘If you’ve got great legs, show them’

Christie Brinkley and son Jack pose in swimsuits on the beach

Christie Brinkley, 66, is back in a bikini after hip surgery

The first time Christie Brinkley went to legendary disco Studio 54, it was to celebrate her first Sports Illustrated swimsuit calendar — and she brought her mom as her date, she said.

The supermodel told Devorah Rose about the evening for an upcoming Social Life Magazine cover story.

“Time Life and Ford Models decided to throw a party for the [Sports Illustrated Swimsuit issue and calendar] at Studio 54. This was the first time I was going. They curated the entry hall to resemble an athletic locker room. They lined the entire entry hall with bright red lockers and all the doors were hanging open with a different page from the calendar pinned to the inside of the locker,” Brinkley said, according to the mag, adding, “I took my mom with me.”

At the same party, she met dashing Moët & Chandon heir Olivier Chandon de Brailles, who she started dating. “We danced the night away… He became my boyfriend starting the next day,” she recalled.

But Chandon de Brailles tragically died a year later in a 1983 race car crash at age 27. 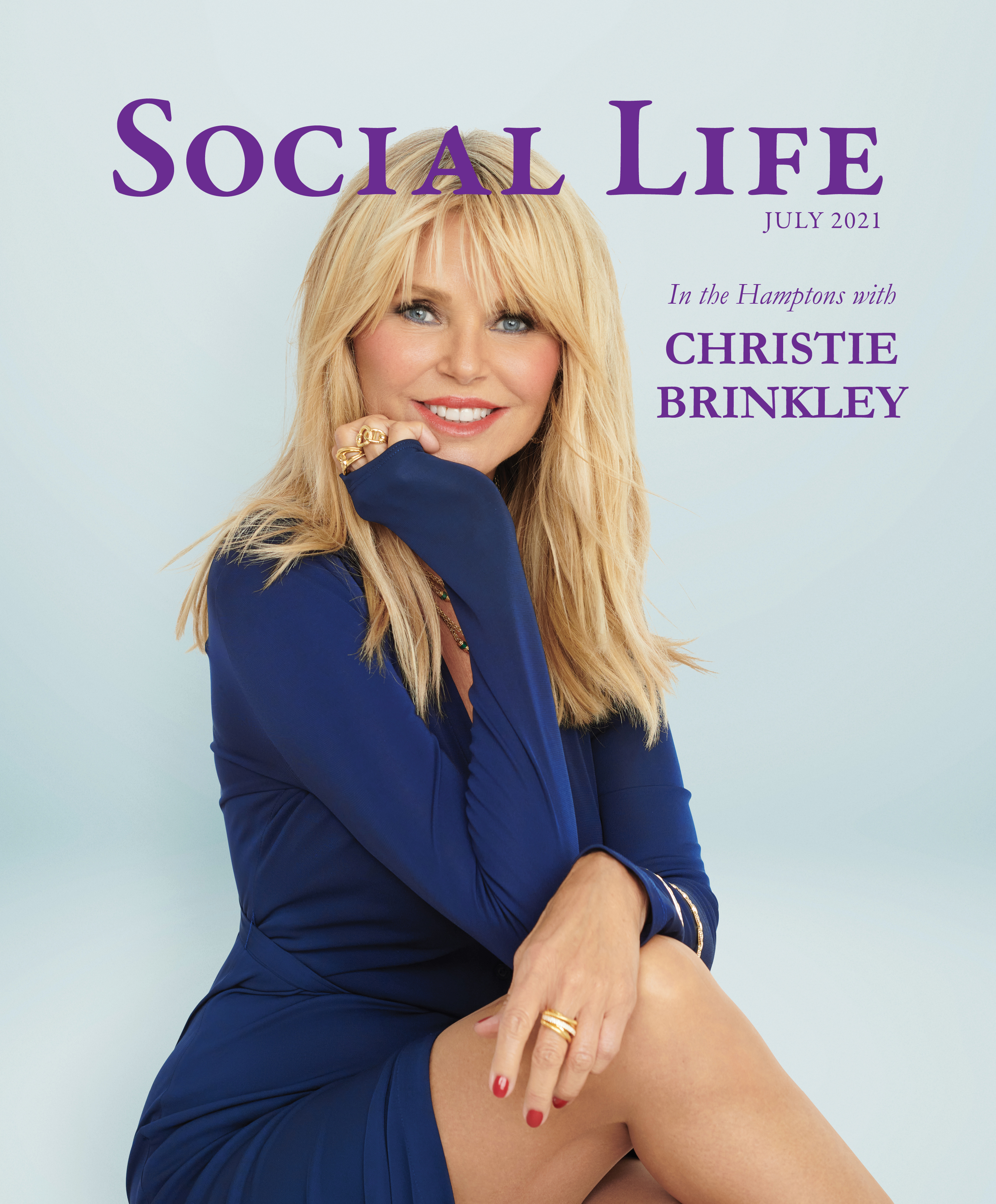 Brinkley previously told The Post that at the time she was also being offered roles in some destined-to-be iconic films, but took a break from the biz.

“I remember coming close to [Tom Hanks film] ‘Splash,’ but that was when my boyfriend Olivier was killed in the car accident,” she said, adding, “and I just had to take a little sabbatical.”

She also had a classic cameo in “National Lampoon’s Vacation” in 1983, but passed on the chance to be in the franchise’s subsequent films.

For the new Social Life shoot, Brinkley wore some iconic Halston looks, and told the mag of one frock: “I put on that dress and I said, ‘Oh my god, I had this dress in the ’80s, and I wore it to death.’ I wore the dress to a frazzle, and I said, ‘Here it is again.’ It was like putting on an old friend.”

Back in the day, Brinkley posed at Halston’s famed Manhattan address for a Vogue shoot. She recalled to Social Life of the experience, “I’m lying on Halston’s couch. Calvin Klein and Haltson were the first to have low-slung furniture that had this cool feel. I remember thinking [Halton’s] apartment was definitely designed for parties … It was something.”

We hear that Brinkley is expected at a Bridgehampton polo tournament on Saturday sponsored by Social Life, as well as BMW and others.

Hayden Panettiere on relinquishing custody of daughter to Wladimir Klitschko

Whoopi Goldberg Calls Out RHOSLC Star Jen Shah After Guilty Plea: When It Comes To Older People, I Am Not As Forgiving