Laid-off employee Desi D’Amani discusses theme parks in California soon opening at a limited capacity. Roughly 28,000 workers have been furloughed at Disneyland due to a coronavirus shutdown.

Disneyland fans have been waiting more than a year for the park to reopen and some had to wait even longer when ticket sales went live on Thursday.

People reported waiting up to nine hours to make reservations for the California theme park with some attempting to book from multiple computer screens ahead of its April 30 reopening after the park made its ticket sales and reservations system available Thursday morning. 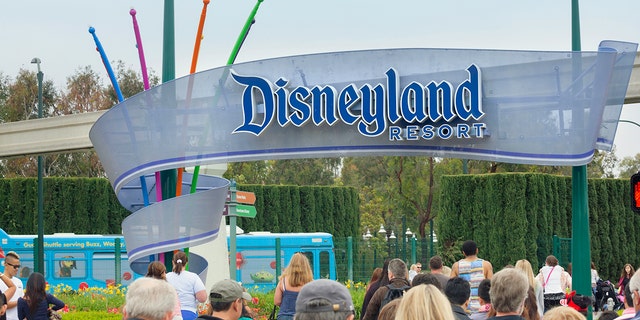 Some eager park-goers woke up well before ticket sales went live at 8 a.m. PST with some at the ready for reservations as early as 6 a.m. And while anyone was able to begin booking on Thursday, the Anaheim theme parks will initially only be open to residents of California. And it didn’t take long for users to begin complaining about unusually long wait times on social media.

“We haven’t even bought the tickets yet and I’m already in a line,” one user tweeted at the park Thursday.

Another user said they waited nine hours to secure tickets: “I finally finished getting my disneyland tickets and reservations…9 hours later,” the person tweeted.

Disneyland alerted customers to the long wait times, saying: “Due to high demand, this is taking longer than we expected,” on its reservation’s website.

Of course, it didn’t take long for users to turn Disney’s virtual queue screen into memes with one tweeting out a gif of  Pinocchio’s nose growing with the caption, “Disneyland right now: “The wait is almost over.”

The tourist attraction has been closed since March as a result of the coronavirus pandemic. The park will reopen with a number of new health and safety standards, including temperature screenings before entry at some resorts, face masks for guests aged two and up, and social distancing. Additionally, Disney’s Avengers Campus, the new superhero-inspired attraction, will open June 4 inside Disney California Adventure Park.