Just when you think you couldn’t be more shocked by the failures of the criminal justice system, you learn that it is even worse than you realised.

This was my thought on reading a report last week on the inquest into the death of a 28-year-old Sunderland nail bar worker, Quyen Ngoc Nguyen. She had been raped, tortured and then burned alive by Stephen Unwin and William McFall.

I have written before in the Mail about this case: specifically, that both the killers had been released after serving 14 and 13 years respectively of ‘life sentences’ for earlier murders. Those killings had both been of defenceless pensioners, and both also involved extreme violence. 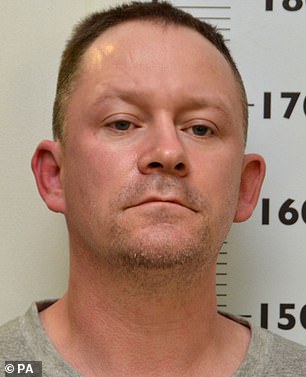 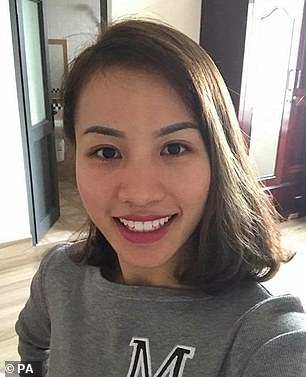 When killers are released from prison, they are said to be ‘on licence’: the claim is that the slightest further infraction of the law is a ‘breach of licence’ followed by an immediate return to custody under the terms of their ‘life sentence’.

Yet the inquest revealed that in the five years prior to Unwin’s murder of Nguyen, Northumbria Police had recorded 26 ‘incidents’ involving him, including a threat to ‘smash a woman’s jaw and take turns with a cousin to rape her’ which the police did not even report to the Probation Service supposedly charged with monitoring him.

Astonishingly (or perhaps not) Detective Inspector Edward Small told the coroner that Northumbria Police had abandoned the practice of notifying the Probation Service of such incidents — to save officers’ time. Thus their ‘time’ is judged more valuable than our lives.

Well, it is true that police numbers have been cut in recent years. Yesterday the Home Secretary, Sajid Javid, as part of his pitch to be leader of the Conservative Party, declared that as prime minister he would immediately ‘spend £1 billion on 20,000 more police officers’. 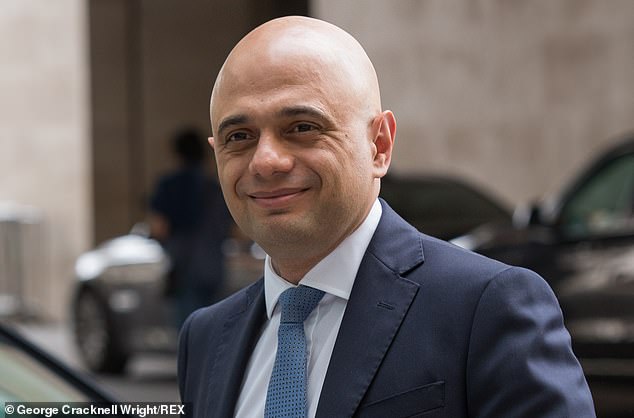 Home Secretary Sajid Javid has vowed to spend £1 billion on 20,000 more police officers as part of his pitch to take over from Theresa May as Conservative leader

But how much of those recruits’ time would be spent on dealing with crime, either clearing it up or preventing it from happening? A report by Her Majesty’s Inspectorate of Constabulary revealed that only 31 per cent of police time is spent dealing with criminals and a mere 13 per cent devoted to investigating crime.

More than a fifth of total hours were spent on ‘support functions’ and almost half the total was devoted to ‘policing roads and community work’.

In this context, it is hardly surprising that the criminals are detected and convicted in just 4 per cent of robberies — less than half the rate of only a few years ago.

And, as the think-tank Civitas revealed, only a third of those convicted of violent crimes are given custodial sentences.

Even then the public are, essentially, lied to about the term served by those who are jailed. All but the most heinous are released automatically half-way through the sentence pronounced by the judge.

Last week the outgoing Victims’ Commissioner, Baroness Newlove, demanded that courts explain the ‘reality of a sentence’ to victims and their families. 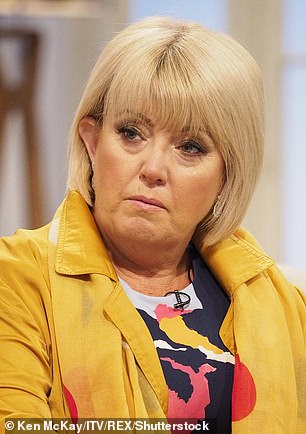 Baroness Newlove, the outgoing Victims’ Commissioner, wants courts to explain the ‘reality of a sentence’ to the families of victims

She was backed up by a former Tory justice minister and a former Tory solicitor general. Sir Mike Penning and Sir Oliver Heald demanded an end to the ‘ludicrous’ automatic release of criminals halfway through their sentences and urged the Party to implement its 2010 manifesto policy (which was dumped at the demand of the Liberal Democrats when the two parties formed a coalition government).

The abandoned policy was to replace the current system with one in which offenders would serve the full sentence given by judges, and be given any reduction in term only on a discretionary basis.

Penning and Heald are, sadly, wasting their breath. Under the current Justice Secretary, David Gauke, policy is moving in quite the opposite direction.

In February he outlined plans to make it much harder for the judiciary to impose prison sentences: in particular he proposed that all prison terms of six months or under should be cancelled.

This would essentially remove the power of magistrates to commit anyone to prison, since the maximum term they can set is a year — which is already automatically cut to six months.

Gauke declared that such sentences should be replaced with a ‘robust community order regime’.

How often must it be demonstrated that such plans have no greater power than custody to reduce crime?

Yes, there is a high recidivism rate among those who serve sentences of six months or less. But ‘community sentences’ have proved still less effective.

An earlier administration advanced an alternative to custody for persistent young offenders, known as the Intensive Supervision and Surveillance Programme. It was abandoned after a report ten years ago showed that it was ‘failing either to protect the public or rehabilitate the youngsters . . . more than 90 per cent committed further crimes after their period of supervision had ended’.

Both this programme — and the decision to make automatic the release of prisoners half way through their sentence — were the work of Labour governments in which Dame Vera Baird was a member.

Why do I mention this former Labour solicitor general? Because she has just been appointed by David Gauke to replace Helen Newlove as Victims’ Commissioner (with an enhanced salary of £108,000). 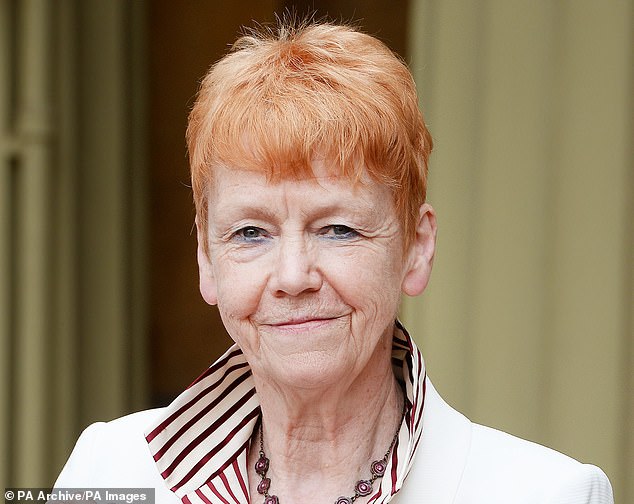 Baroness Newlove — who described herself as ‘an ordinary woman propelled into high profile by a set of horrifying circumstances’ — became a campaigner for stiffer sentences after her husband Garry had been kicked to death by a gang of youths.

Vera Baird is very different: the former Labour MP has endorsed plans to take young people’s ‘social and ethnic backgrounds’ into account when sentencing — which presumably means shorter sentences or none at all.

And in the wake of the London riots of 2011, she wrote an article for the Guardian condemning the ‘blanket imprisonment’ of the rioters who had looted shops during that terrifying rampage.

And she is the best the Government can do for victims? What a farce. 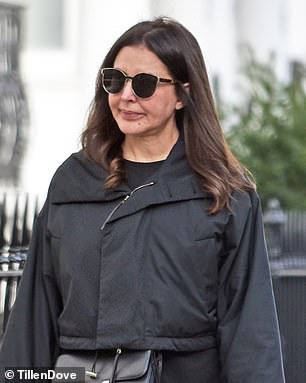 The real mystery about that £16m Harrods bill

Every time Zamira Hajiyeva walked through the doors of Harrods — which she did, rather a lot — the emporium’s owners must have cracked open another bottle of Grand Cru champagne.

For we learned last week that this Azerbaijhani woman had, over a decade, spent £16 million at the London department store.

We learned it because her expenditures had been itemised as part of an Unexplained Wealth Order issued by the High Court. This is a new criminal procedure designed to track down ‘dirty money’ from foreign plutocrats, many of whom have bought mansions in Central London.

Actually, the source of Mrs Hajiyeva’s prodigious spending power is not exactly inexplicable. Her husband was the chairman of the International Bank of Azerbaijan and was convicted there, in 2016, of fraud and embezzlement.

According to the Reuters financial news agency, he is thought to have misappropriated no less than $3 billion.

No, what I thought did need explaining was the breakdown of her Harrods expenditure, presumably supplied by the store itself. 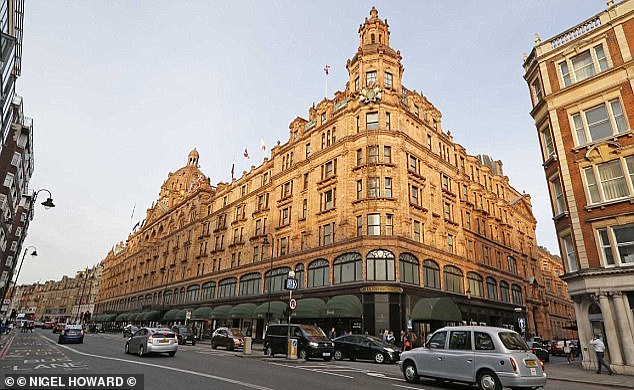 The Azerbaijhani woman reportedly spent £32,000 on chocolates and £2.18 on cheese at the luxury Knightsbridge department store

For example, it declares that she spent £32,000 on chocolates. Now, I know that these would not have been Cadbury’s: all the same, how is that even possible?

On the other hand, the cost of her visit to the Harrods fromagerie was given as £2.18. In Harrods’s food hall, that would barely pay for a tiny cube of cheddar on the end of a cocktail stick.

Most puzzlingly of all, there is an itemised expenditure of 70p in the store’s designer watch department.

You’d think it was Poundland, not the most expensive room in the Knightsbridge store where the bored wives of Russian oligarchs use their credit cards to take revenge upon their husbands.

This doesn’t add up.