Donald Trump, 72, ended his state visit to the UK by attending a D-Day commemorative service in Portsmouth. Joining him at the event were the Queen – with whom he appeared to have an excellent rapport – his wife Melania Trump, 49, and other world leaders. Politicians including Theresa May, 62, Justin Trudeau, 47, and Angela Merkel, 64, jostled for position and status at the event. But how did Trump – arguably the most powerful leader in the western world – react to his contemporaries? Body language expert Judi James has shared her insight exclusively with Express.co.uk.

Judi analysed: “The Greek president leans in towards Melania in a bid to engage Trump in some very active-looking conversation here.

“His brows are raised and his mouth is open and his mood does look reflected by Melania’s wide smile.

“Trump’s head is pointed in the Greek president’s direction but his upright posture and the lack of leaning or mirroring suggest he’s engaging from more of a formal distance.” 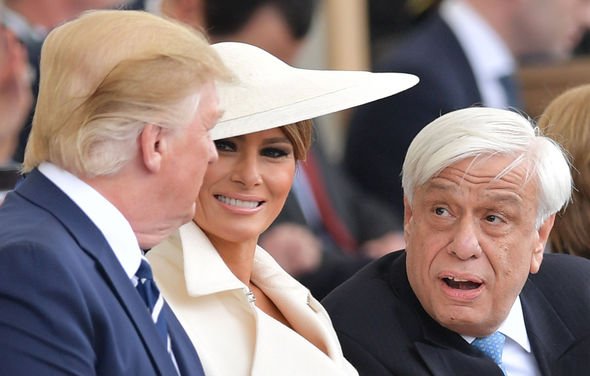 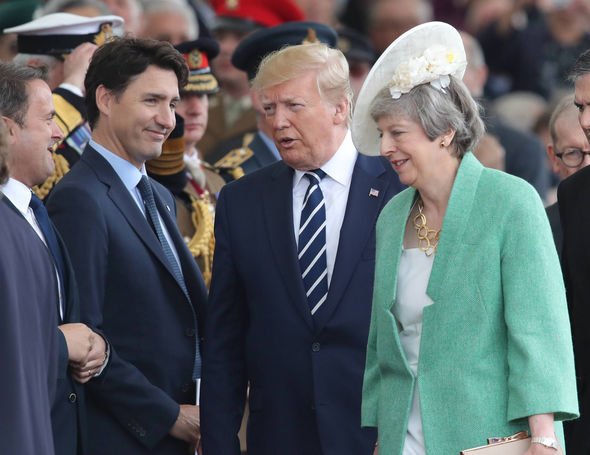 Judi surmised: “While Trudeau sports the kind of polite, closed lip smile that suggests he’s politely listening to rather than joining in a conversation Trump appears to bypass the Canadian leader to engage with the next world leader in the line-up.

“Trump’s facial expression looks frowning and focused as Trudeau watches him and May from the sidelines.”

Judi explained: “As all the world leaders sit in a row with their mirrored eye-gaze suggesting they’re all watching the same thing at the same time Trump breaks ranks to sit eyeing a completely different horizon with an air of distraction.” 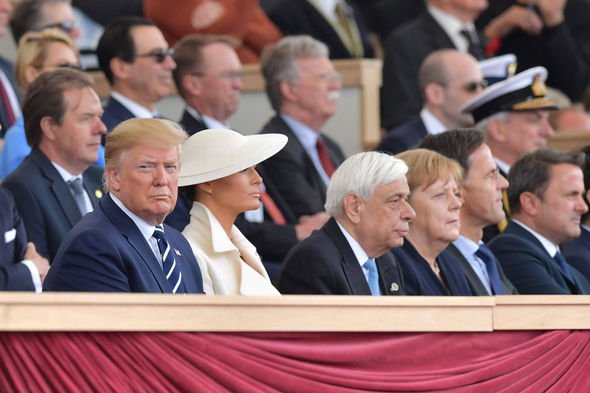 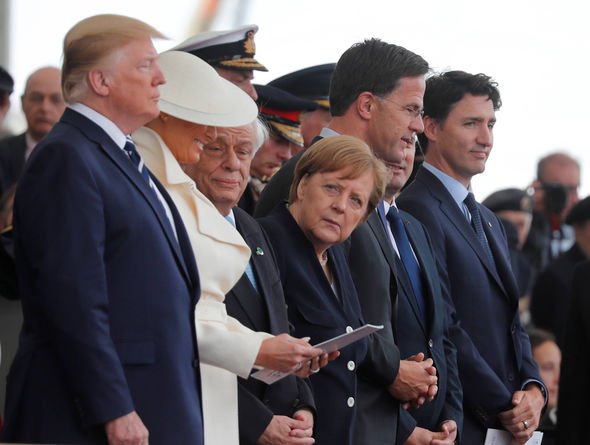 Judi said: “As the other leaders stand but still communicate and chat, Trump is totally to attention here, perhaps keen to show respect for the ceremony.

“His chin is up but his eyes are lowered solemnly making him look lost in his own thoughts.”

Looking at Merkel specifically, Judi said: “On their first meeting after Trump entered the White House Trump was seen repeatedly ignoring Merkel as she verbally nudged him to shake her by the hand for the cameras.

“The way she’s leaning forward here with her head tilted to study Trump with a frown of what looks like concern suggests she might be worried he’s ignoring her again here.”