Coins can be of great interest to many people and some may be willing to spend a small fortune to get a rare coin. Recently, an eBay user uploaded a Paddington Bear 50p coin which is likely to catch the eye of many. However, the user, “arisef62” is asking for £3500 from anyone who is interested in making a purchase. The coin has been described as “extremely rare” but this might not be the case.

The user uploaded two pictures of the coin on offer as they uploaded it to the bidding site.

They labelled the coin as “extremely rare 50p coin UK” and revealed it was issued in 2018.

As well as forking out a whopping £3500 to get the coin, potential buyers would need to pay an extra £1.50 to see the coin delivered by first class large letter.

The seller also revealed they would not accept any returns once it has been purchased.

The coin on offer is the Paddington Bear “Paddington at the Station” 50p released in October 2018. 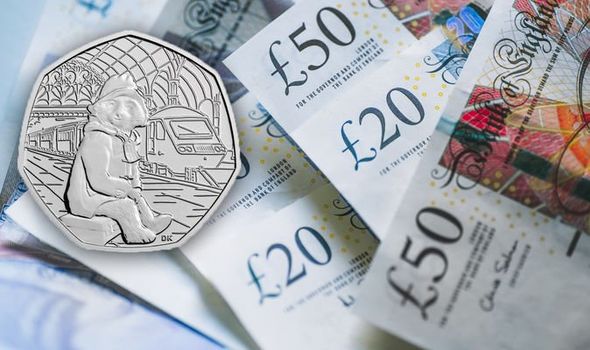 This coin was part of a selection of fifty pence pieces released to commemorate 60-years since the bear’s first adventure.

It features a drawing of the character sitting on a suitcase at Paddington Station in London.

Although there is little information on the scarcity of the coin, it’s low valuation suggests it may not be very rare.

The coin publication, Spent It? Save It? What Should You Do?, have estimated the coin to be worth just £5.

What’s more, the coin was available to buy on the Royal Mint website for £10, although it is now sold out. 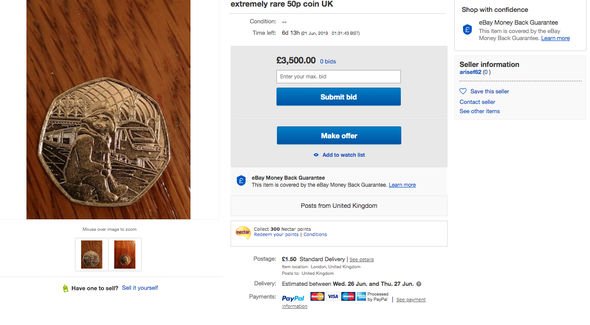 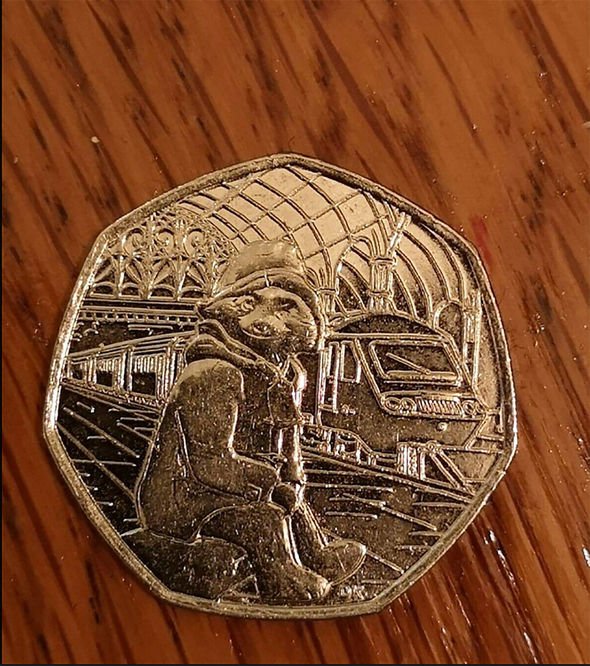 The coin may be desirable for many coin collectors, but shopping around could ensure collectors get the best deal.

When looking to buy a coin on eBay, shoppers should beware of coins selling for more than face value.

Recently, a Beatrix Potter Benjamin Bunny 50p coin was uploaded with the astounding asking price of £7500.

Another coin from the Beatrix Potter collection, the Peter Rabbit coin, was selling for £8000.

Despite the high asking price, these are both estimated to be worth just £4.