Elisabeth Moss and Samira Wiley teased the new season of Hulu’s “The Handmaid’s Tale” on “Good Morning America” on Wednesday.

Moss said the words “never giving up” best describe season three of the popular series, which is based on renowned Canadian writer Margaret Atwood’s 1985 classic novel.

The duo also spoke about the significance of the show’s costumes — the red gowns and white bonnets worn by women on show that largely symbolize the oppression of women.

In the fictional Republic of Gilead, Moss’ character is stripped of her name, June, and is known as Offred — the reproductive surrogate to the high-ranking couple Fred Waterford and his wife.

As handmaids in the Hulu series, both Wiley and Moss don the attire at some point — signifying their unwanted roles.

The costume’s cultural impact has extended off the screen, with protesters using them to advocate for women’s causes in real life in recent years.

People have worn them in everything from protests against the controversial appointment of now-Supreme Court Justice Brett Kavanaugh to fighting abortion bills across the United States. 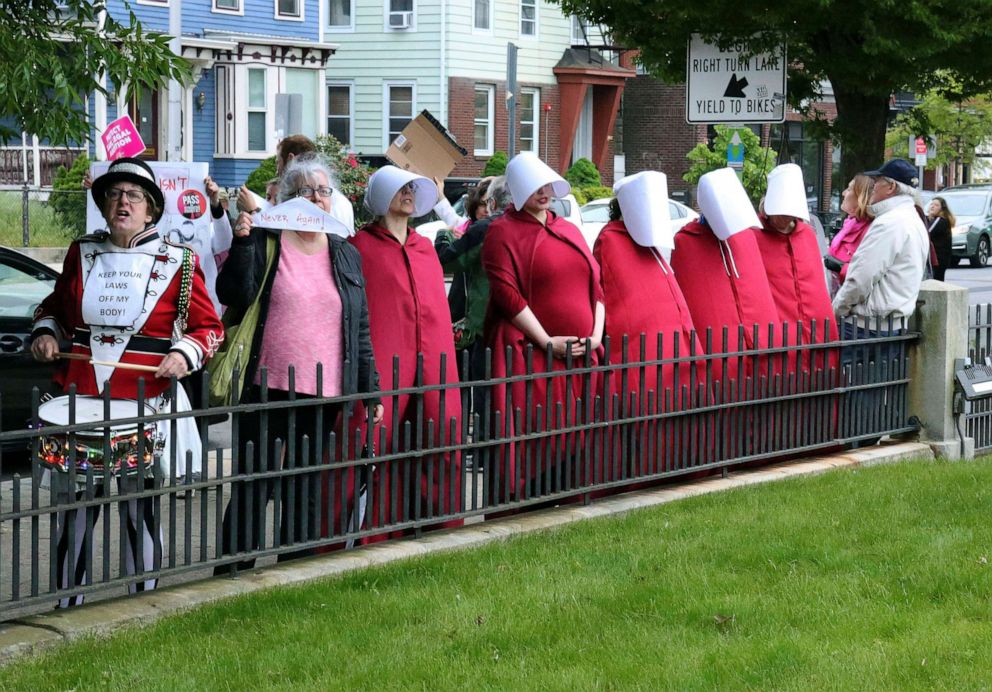 Moss described seeing the impact of the show in real life as “an honor.”

“Tthose are our work clothes, that’s our thing we put on when we go and do our job, but I get inspired when I see women out there wearing that costume and standing up for what they believe,” she said on “GMA.”

“That actually inspires me,” she continued. “I think they’re doing the real work. I think they’re out there on the front lines and so I feel honored to put on that costume with them.”

“I feel like that is exactly who we are representing,” Wiley added on those using the costumes in their protests. “To see that people are out there wearing those things and wearing the handmaid’s costume, it just gives me a heightened sense of responsibility, in terms of what we are making.”

“It is television, but at the end of the day it can elicit real change so I’m really proud,” she added.

Season three of “The Handmaid’s Tale” premieres on Hulu on June 5.

Hulu is owned by a division of Disney, ABC’s parent company.