Elon Musk claimed in his "Saturday Night Live" opening monologue that he was the first person with Asperger syndrome, a condition on the autism spectrum, to host the variety sketch show.

"I'm actually making history tonight as the first person with Asperger's to host "Saturday Night Live," he said before adding, "The first to admit it."

The billionaire businessman was actually incorrect. It was in fact former "SNL" cast member Dan Aykroyd who came back to host in 2003.

"Dan Aykroyd is autistic and hosted SNL in 2003. In case anyone forgot," wrote one Twitter user. 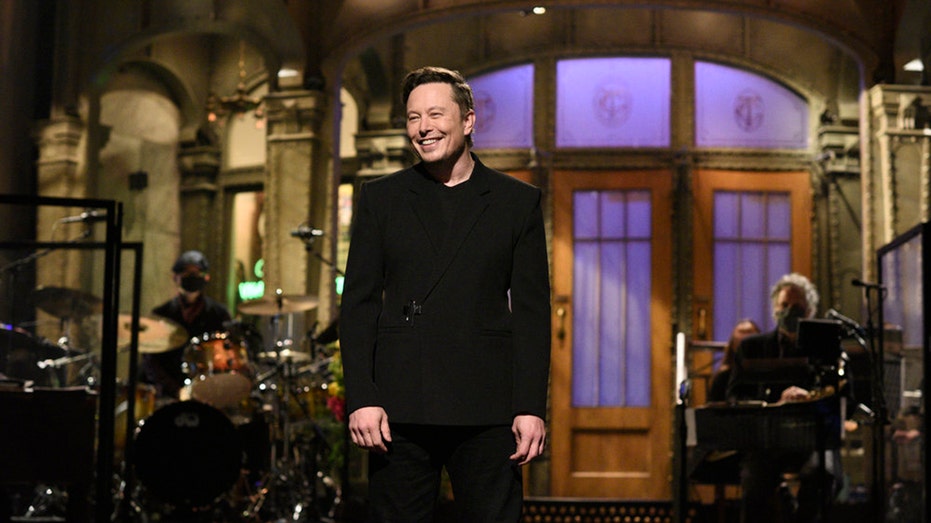 Host Elon Musk during the monologue on Saturday, May 8, 2021 (Will Heath/NBC)

"I have Asperger’s but I can manage it," Aykroyd said. "It wasn’t diagnosed until the early ’80s when my wife persuaded me to see a doctor."

ELON MUSK'S 'SNL' HOSTING GIG DRAWS RESPONSE FROM DAVE CHAPPELLE: 'NO ONE CAN BE WOKE ENOUGH'

"Elon having aspergers was not something I expected and I can't believe I am going to say this, but he is actually very likeable and funny," agreed someone else.

"Kudos to @elonmusk for letting everyone know he has Aspergers and just embracing it. Huge step for the Autistic community getting the recognition they deserve," tweeted a third.