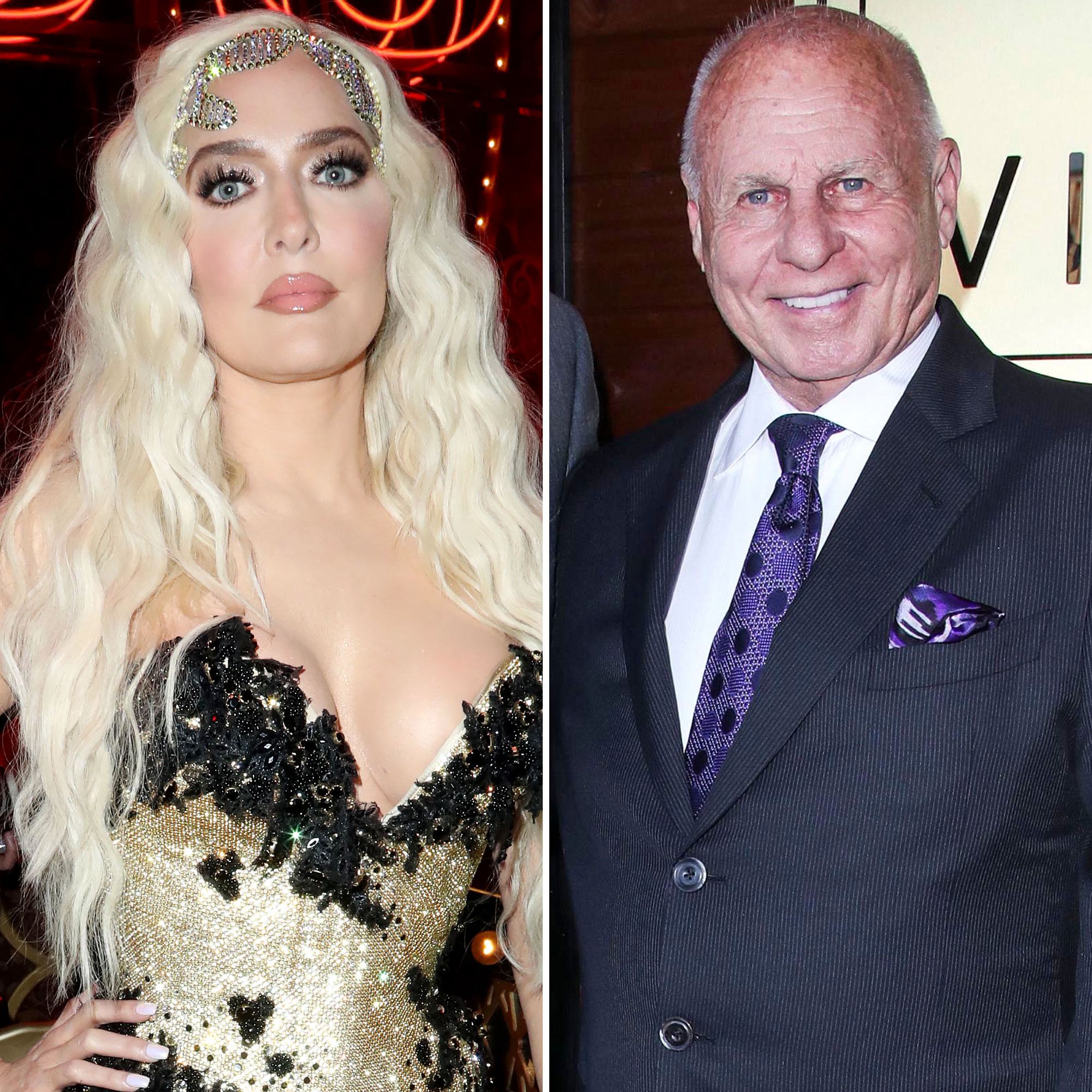 Final revelations. During the last segment of the four-part Real Housewives of Beverly Hills reunion, Erika Jayne admitted that she spoke to her estranged husband, Tom Girardi, earlier this year.

The Pretty Mess author, 50, told host Andy Cohen that she reached out to the former lawyer, 82, after he was photographed looking noticeably thin and frail in August.

During an August episode of RHOBH, Erika told her castmates that she hadn’t spoken to Tom at all since their November 2020 split, noting that he had called her repeatedly.

“I have not talked to him and I cannot talk to him,” she said at the time. “He calls me every day. That’s another hard part of it. I had to ask my attorney to call his attorney to say, ‘Please stop calling Erika.’”

In the reunion, which taped in September, the “Get It Tonight” singer claimed that her ex was still calling her — and had called her five times while the four-part episode filmed.

Though Erika described Tom’s health decline as “very sad,” she also said that she had questioned him about the various lawsuits related to the bankruptcy case of his former law firm, Girardi Keese.

“I’ve asked him how he could put me in this position,” she told Andy, 53. “[I asked], ‘Why would you leave me with millions of dollars of lawsuits pointed at me?’”

The former Broadway star claimed that her ex can no longer comprehend what’s happening with his legal case after he was diagnosed with late-onset Alzheimer’s and dementia in March.

“Andy, he doesn’t even acknowledge anything,” she alleged. “None of it. It doesn’t even matter what he says because he’s incompetent. So I’m left holding the f—king bag.”

Later in the episode, Erika again denied having any knowledge of what was happening with Tom’s business. If she had known something, she claimed, she would never have agreed to be on RHOBH.

“You can’t hide s—t like this,” the “One Hot Pleasure” songstress said. “That’s what I’m saying. This is not some master plan. This is not, you know, Erika being some financial f—king mastermind. This is a tragic sequence of events that are completely terrible.”

Mention It All! Real Housewives’ Legal Troubles Through the Years

Elsewhere during the reunion, Sutton Stracke, who wasn’t shy about asking Erika what she knew throughout season 11, admitted that she was very uncomfortable when the Dancing With the Stars alum said she would come after her following a tense moment on the show. The boutique owner said she even hired personal security for one week.

Erika, for her part, claimed that the phrase “I’m coming for you” is just a slang term. “It’s only in Beverly Hills that everybody’s so precious,” she quipped. “That’s not an OK way to speak to people,” Sutton replied.

In the end, the “XXPEN$IVE” singer thanked everyone for listening to her as she told her side of the story.

“This is not pretty, it is ugly,” she said. “I am well aware. And I have been pressed for however many months now and stories have run wild and people have filled in the blanks. I hope today that you all leave knowing a little bit more of my side and understand this will not be wrapped up easily. It is a long arduous process. And all I can do is put one foot in front of the other.”