The “Westworld” star, 33, subtly called out Manson, 52, while performing a cover of New Radicals’ 1998 single “You Get What You Give” with her musical partner Zane Carney on Saturday at the Bourbon Room in Hollywood.

“I’ve been saving this, but it seems like the appropriate time,” she prefaced the song, which includes a reference to the embattled performer.

When Wood reached the part of the track that mentioned Manson’s name, she put up her middle finger as the crowd erupted in cheers.

She shared a clip of her performance on Instagram and addressed the shock rocker’s other alleged victims.

“‘You get what you give,’” she wrote. “For my fellow survivors who got slapped in the face this week. I love you. Don’t give up.”

The “Thirteen” star named Manson as her alleged abuser in February after claiming for years that she had been abused by an unnamed ex.

“He started grooming me when I was a teenager and horrifically abused me for years,” she claimed to Vanity Fair. “I was brainwashed and manipulated into submission. I am done living in fear of retaliation, slander, or blackmail.” 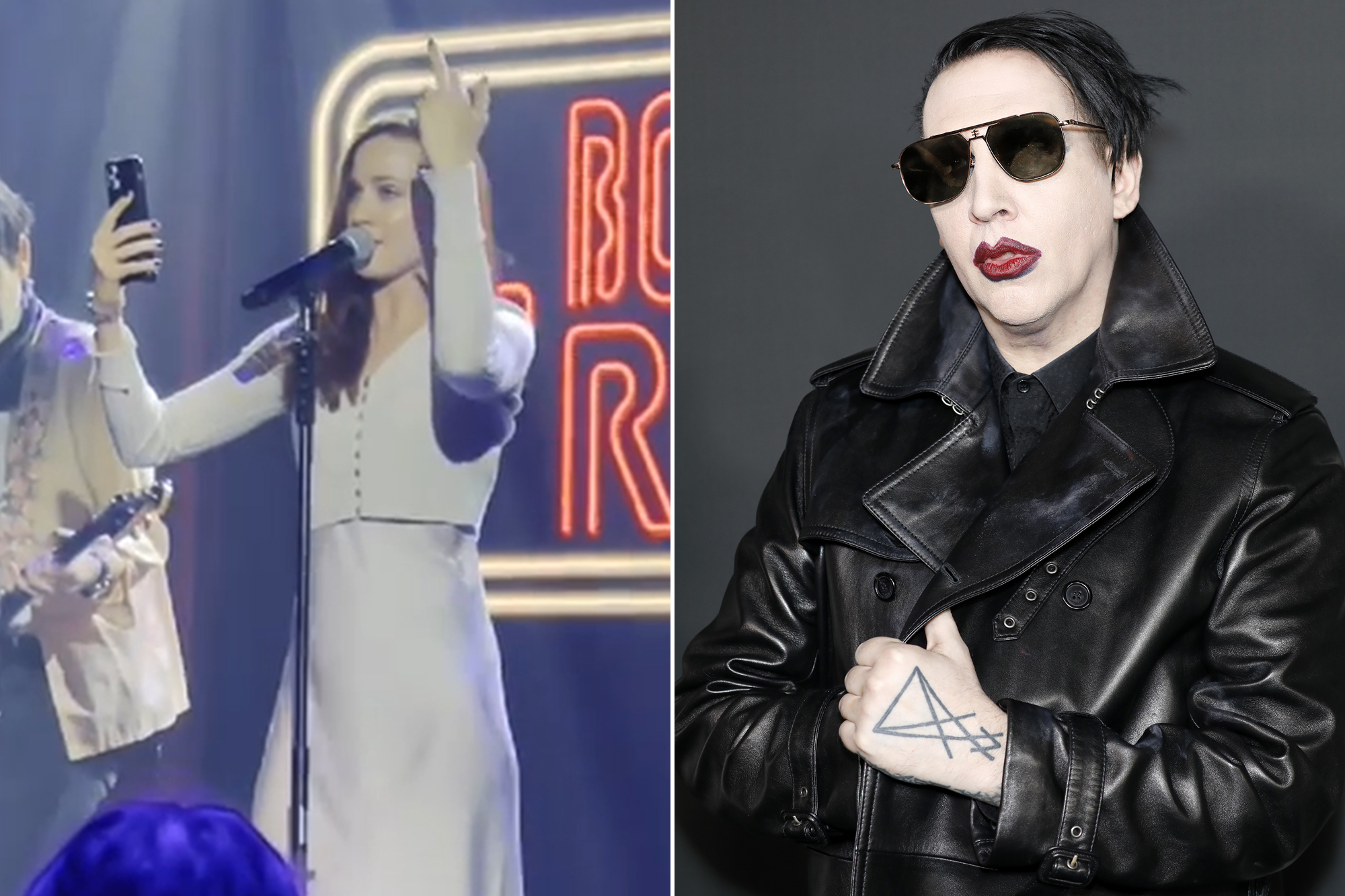 Wood is one of 15 women who have come forward to accuse the “Killing Strangers” singer of sexual assault or abuse. Manson has vehemently denied all the allegations, calling them “horrible distortions of reality.”

“My intimate relationships have always been entirely consensual with like-minded partners. Regardless of how — and why — others are now choosing to misrepresent the past, that is the truth,” he wrote on Instagram in February.

West, 44, recently came under fire for inviting Manson and rapper DaBaby — who made homophobic remarks during a festival performance in July — to appear alongside him at the final listening party for his new album, “Donda.”

The “Gold Digger” caused even more of an uproar Sunday when “Donda” finally hit streaming services and included a collaboration with both Manson and DaBaby, 29, titled “Jail Pt. 2.”