Liberal Senator Andrew Bragg has warned under-fire social network Facebook it could be the first digital platform the federal government legally forces to strike commercial deals with news outlets if it continues to ignore requests from smaller publishers.

Mr Bragg, who is chair of Senate Standing Committee on Environment and Communications, said Facebook should be ‘designated’ under the government’s media bargaining code because of its refusal to negotiate with outlets seeking payment for news articles, including SBS and The Conversation. Being designated under the code means Facebook must enter negotiations with all publishers for use of their content or risk fines of up to 10 per cent of Australian revenue. 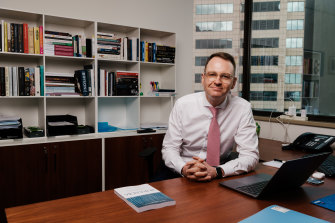 “We should seriously consider designating Facebook under the code if they fail to support Australian publishers” Mr Bragg said. “I am not surprised that Facebook has lots of problems at the moment. Their treatment of small and diverse publishers can only improve.”

The media bargaining code was legislated in February in an effort to force Google and Facebook to pay large and small news media companies to display articles in the search engine and “newsfeed”. Both of the digital giants have struck extensive deals with major organisations including Nine Entertainment Co (the owner of this masthead), News Corp Australia (publisher of The Australian, The Herald Sun and The Daily Telegraph), Guardian Australia, and the ABC.

However, Facebook has been more reluctant than Google to strike deals with smaller organisations and has refused to negotiate with SBS, The Conversation and LBGTQI publisher, Star Observer.

“We’ve signed commercial deals that will support more than 200 newsrooms across the country. In addition, we’re establishing a fund with Country Press Australia to support digital transformation of regional newsrooms and we have already announced our $15m Australian News Fund which provides dedicated funding to independent, digital and smaller newsrooms,” a Meta spokesperson said.

“Google has done more deals than Facebook,” Mr Sims said earlier this month. “Google is still negotiating and finalising deals with more news media companies and seems to be approaching this exercise in the right spirit. We are concerned that Facebook does not currently seem to take the same approach.”

Treasury will review in March whether Facebook and search giant Google have struck enough agreements with news outlets for use of their content on the platforms, and, if not, implement legal measures to force the companies to co-operate. Mr Bragg has sent six letters to Meta’s local managing director Will Easton since March, speaking on behalf of news outlets that were struggling to strike a deal with the social media giant. So far, he has received three responses – one from Meta’s vice-president of public policy for APAC, Simon Milner, and two from Meta Australia’s director of policy, Mia Garlick.

SBS managing director James Taylor said he was surprised by Facebook’s decision to exclude the broadcaster from its negotiations.

“Given the amount of misinformation circulating on social media platforms, it is disappointing that a trusted and impartial news provider like SBS has been excluded by Facebook,” Mr Taylor said. “This is at odds with the government’s intention of supporting public interest journalism, and in particular its decision to include the public broadcasters in the Code framework.”

At Senate estimates last month the Department of Infrastructure, Transport, Regional Development and Communications was questioned on what it was doing to pressure Facebook to come to the bargaining table. Deputy secretary Richard Windeyer told the senate committee that while the department spoke to the social media company regularly, it had not designated it or any other player under the media code.

Any designation of Meta (or its subsidiary, Facebook) could be met with hostility. When Facebook reinstated news on its website in March after it banned Australian users from seeing news content, vice-president of global news partnerships Campbell Brown indicated that it could implement a similar measure if it was legally forced to negotiate with media companies.

“Going forward, the government has clarified we will retain the ability to decide if news appears on Facebook so that we won’t automatically be subject to a forced negotiation,” Ms Brown said.

The Business Briefing newsletter delivers major stories, exclusive coverage and expert opinion. Sign up to get it every weekday morning.