The end of ‘Charlie bit my finger’! Family behind most viewed viral video of all time will auction off clip as an NFT before deleting it from the web forever

With more than 881 million views, it was one of the clips that launched the concept of the viral video and is instantly recognisable from the title Charlie Bit Me.

Now the family behind the ‘Charlie bit my finger’ video, featuring Charlie Davies-Carr, now 14, and Harry, now 17, from Marlow, Buckinghamshire, plan to auction the video file as an NFT before deleting it from the internet forever.

An NFT is a non-fungible token, which acts as a certificate of authenticity for digital assets like art and sports memorabilia.

The auction of the clip – the most-viewed viral video of all time – is set for Saturday 22 May and will mark the 14th anniversary of the day the video was uploaded to YouTube in 2007. 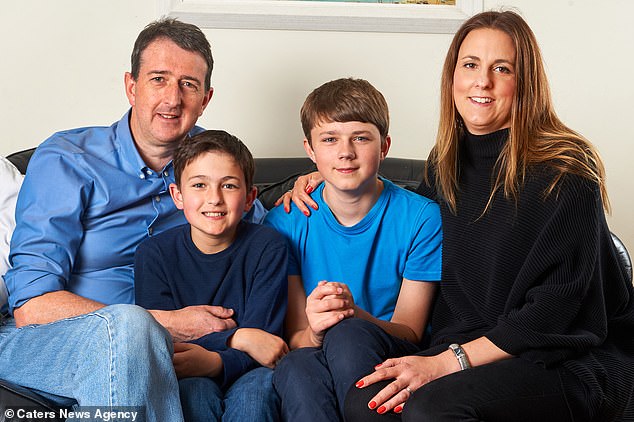 Howard, the boys’ father, only ever uploaded the video, has had more views than Taylor Swift, One Direction, because it was too big to send over email to their godfather in America

Currently, the 55-second clip of the brothers, who were one and three at the time, has more than 2.2 million likes on the platform.

In the clip, Harry is seen happily sitting with his baby brother Charlie on his lap – until the younger of the two makes a playful nip at one of his older sibling’s digits.

Harry sees the funny side, and gently scolds his sibling, before giving him the opportunity to try it again by placing his finger in his mouth.

This time, Charlie clamps down prompting a howl of protest from Harry who says ‘Ouch Charlie, that really hurt’, while his younger brother giggles unrepentant. 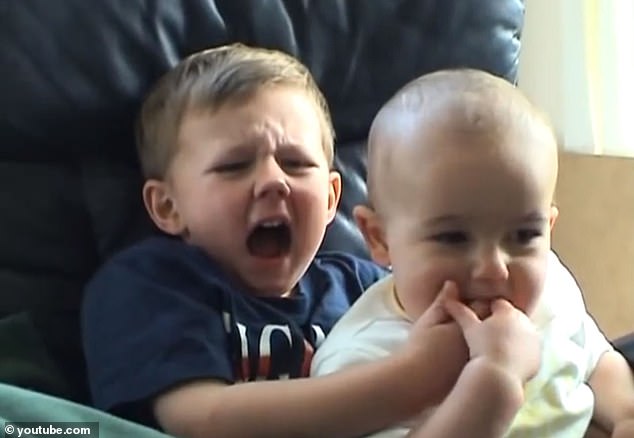 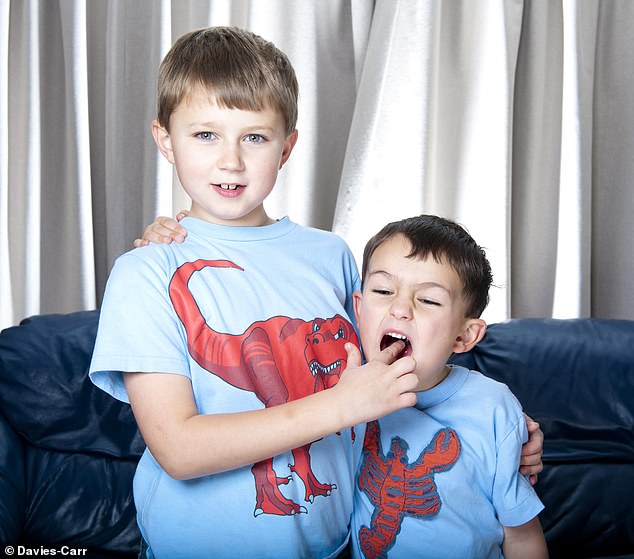 Charlie Davies-Carr, now 14, (right) and Harry, now 17, from Marlow, Buckinghamshire, are auctioning off the video, which had more than 881million views, as an NFT

The auction will take place on CharlieBitMe.com, which reports that the buyer ‘will have the opportunity to own it in its new form as a 1/1 NFT, memorializing them in internet history forever’.

What is a NFT?

A Non-Fungible Token (NFT) is a unique digital token encrypted with an artist’s signature and which verifies its ownership and authenticity and is permanently attached to the piece.

Most NFTs include some kind digital artwork, such as photos, videos, GIFs, and music. Theoretically, anything digital could be turned into a NFT.

Where do you buy them?

At the moment, NFTs are most commonly sold in so-called ‘drops’, timed online sales by blockchain-backed marketplaces like Nifty Gateway, Opensea and Rarible.

Why would I want to own one?

There’s an array of reasons why someone may want to buy a NFT. For some, the reason may be emotional value, because NFTs are seen as collectors items. For others, they are seen as an investment opportunity similar to cryptocurrencies, because the value could increase.

When were NFTs created?

Writer and podcaster Andrew Steinwold traced the origins of NFTs back to 2012, with the creation of the Colored Coins cryptocurrency. But NFTs didn’t move into the mainstream until five years later, when the blockchain game CryptoKitties began selling virtual cats in 2017.

The family added: ‘Harry and Charlie, now 17 and 15, are soon entering adulthood and embarking on the next chapter of their lives, the perfect opportunity to embrace the next iteration of the internet.’

Ownership of NFTs are recorded on a blockchain network, which supports cryptocurrencies such as bitcoin and ether.

The ‘Charlie Bit My Finger’ video will be recorded and sold over the Ethereum blockchain.

Howard added that the family will travel to meet whoever wins the auction and they will be able to ‘reenact’ the clip.

He also said the family have ‘no expectation’ for the sum the video might go for, and they ‘don’t know what’s going to happen’.

Speaking about the video on Newsround in 2015, the brother’s said that the video was originally filmed for the family to send to their godfather who lives in America.

Harry told the children’s TV show that he now finds watching the video funny, saying: ‘It makes me laugh.’

Charlie said he didn’t find it embarrassing but said: ‘I think it’s a bit odd that loads of people have watched it.’

Their father only ever uploaded the video, which has had more views than Taylor Swift, One Direction and even Adele, because it was too big to send over email.

But after it was featured on a U.S. TV show it become an internet phenomenon.

Their parents have since made thousands of pounds more from advertising and sponsorship deals off the back of the clip.

Howard said at the time: ‘The clip only went up as I wanted to share it with the boys’ godfather. I was naive about the whole YouTube thing.

‘It became viral and once that happened there was nothing I could do. People have sent lovely comments and messages and I now upload a new video of the boys every six weeks.’

The boys continued to make YouTube videos for their channel Charlie Bit Me, which has 387,000 subscribers.