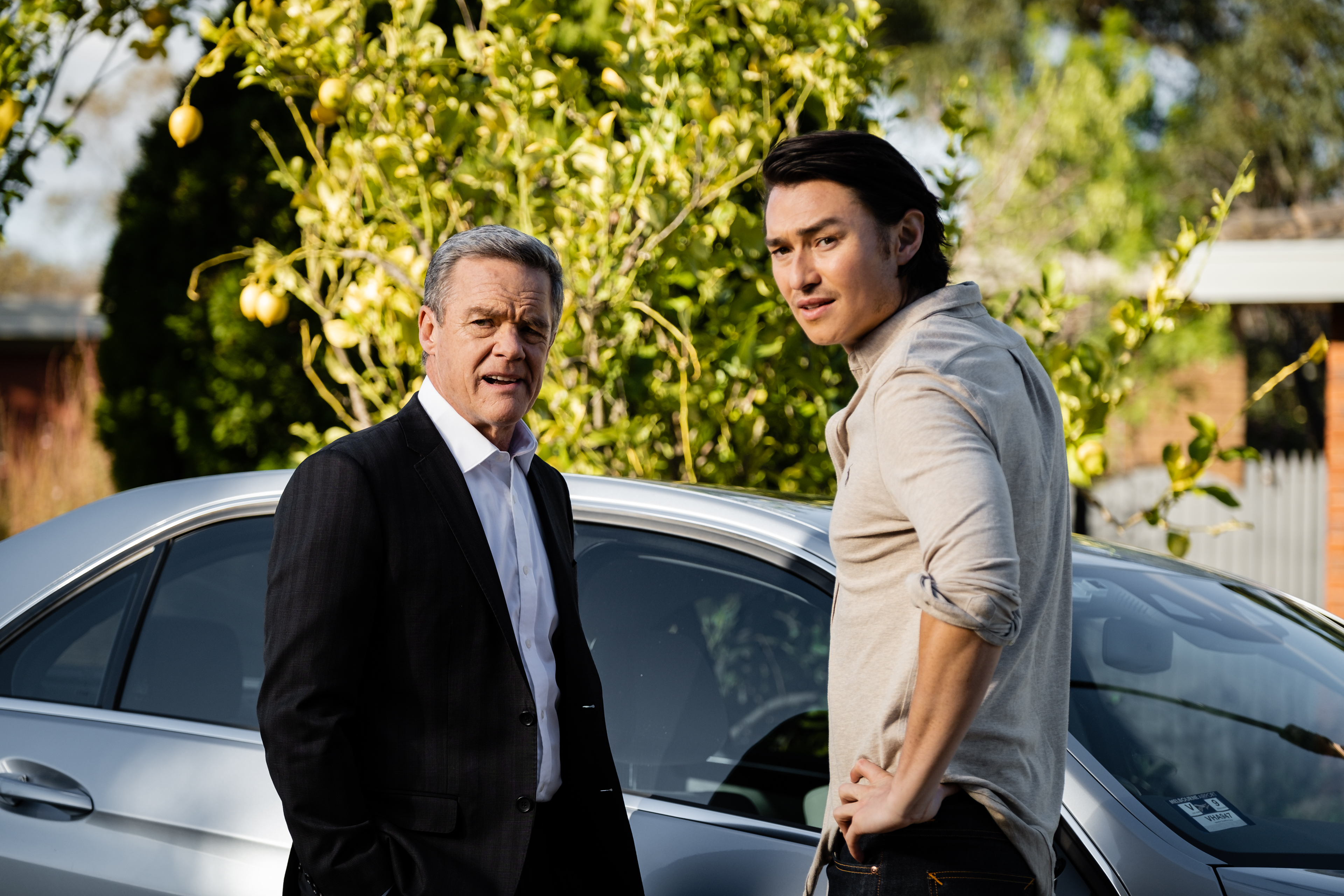 Ramsay Street is left rocked by a shock death following a freak storm, but one family in particular is struggling to come to terms with the loss in Neighbours.

Roxy (Zima Anderson) and Kyle’s (Chris Milligan) wedding goes off without a hitch – initially at least – as the couple manage to say their vows without any huge disasters happening in Neighbours. Give it a few minutes though – it wouldn’t be Soapland if a wedding ended in happy ever after.

A violent storm rips through the town and as it worsens, those who choose to shelter in the Flamingo Bar find themselves the target of Mother Nature. With nowhere to run, they cannot escape the deadly lightning.

The Flamingo is torn apart and one wedding guest is killed.

At first it seems like it might be Paul Robinson (Stefan Dennis) who has bitten the dust, but he is later revealed to be in hospital. His brush with death causes Glen to re-evaluate their relationship.

The shock reverberates through the town as the Tanakas try to come to terms with their bereavement. Leo (Tim Kano) is hit the hardest. He’s struggling to understand how this could have happened and though his loved ones try to help, he pushes them all away.

As the day of the memorial arrives, Leo retreats further into himself while Terese (Rebekah Elmaloglou) is wracked with guilt. As her emotions overwhelm her, she runs from the ceremony and Chloe (April Rose Pengilly) pics up on her shift in mood – she realises Terese blames herself. Unable to cope with the guilt, Terese makes a huge decision.

Despite pushing them away, Leo’s loved ones rally around him to offer every bit of support they can. But he won’t listen. He’s determined to keep going and doing it all by himself, but it ends up being Nicolette who saves him from himself. Leo is struggling badly with the weight of his grief. Will he be able to pull through?