Sarah Ferguson, 62, surprised royal fans everywhere when she turned up at Queen Elizabeth’s funeral alongside her two daughters, Princess Beatrice, 34, and Princess Eugenie, 32. The Duchess of York walked in at the same time as other royals like Lady Louise Windsor and James, Viscount Severn, which surprised many royal fans who did not expect Fergie to be positioned front and centre at Her Majesty’s state funeral.

Is Fergie experiencing a makeover with the public?

She claimed: “It was clear that the once-banished Sarah Ferguson seemed to have slipped back into royal ranks at the Queen’s funeral service and it looked very likely as though it was at her daughters’ instigation.

“Beatrice and Eugenie have always been fiercely loyal to their mother and her total exclusion from royal life, even just in her role as their mother, must have been painful for them. 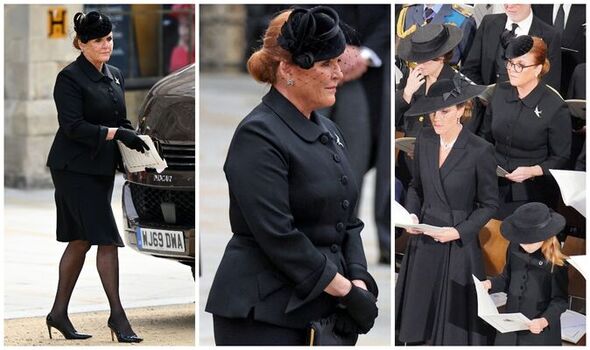 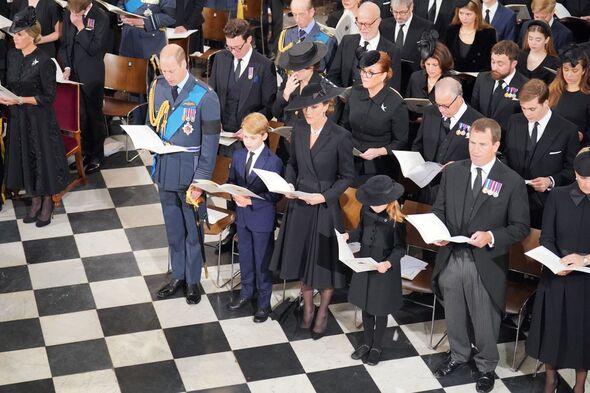 “Prince Philip was said to hold a very strong grudge against his ex-daughter-in-law and watching her behaviour at her daughter Eugenie’s wedding, when she scuttled nervously down the aisle and into her seat in the pew, with the cold gaze of Philip’s eyes boring into the back of her head, illustrated just how nervous she felt about sitting anywhere near the Firm back then. Beatrice kept chatting steadily to her mother in what looked like a bid to keep her as calm as possible,” the expert opined.

How did Fergie’s body language compare in 2022?

Judi suggested: “With no more disapproval from the royals, Sarah seemed to take a much more integrated place back in among them at the Queen’s funeral, sitting very visibly in the seat behind Kate and William. This is a huge upgrade for a woman who might not have been let anywhere near the first two rows in the past.

“But did she feel comfortable doing it? Her body language suggested she didn’t. When Beatrice, Eugenie and their husbands were seen arriving at the service they all paused and looked behind them before walking to greet their hosts. Beatrice looked especially anxious and her husband turned too, in an emphatic display of agreement and support,” Judi commented.

Why were Beatrice and Edoardo making this “emphatic” gesture?

Judi explained: “It turned out they were looking for Sarah, who had fallen back behind other guests. There was a rather insistent urgency in the family’s gestures of waving their mother to not just join them but to walk ahead of them.

“But Sarah declined the invitation, seeming to fall further back in a gesture that suggested a total reluctance to push forward just because the Queen was no longer with them.

“It was a modest gesture but probably well pitched to avoid looking as though she was disrespecting the Queen’s wishes,” the expert claimed. 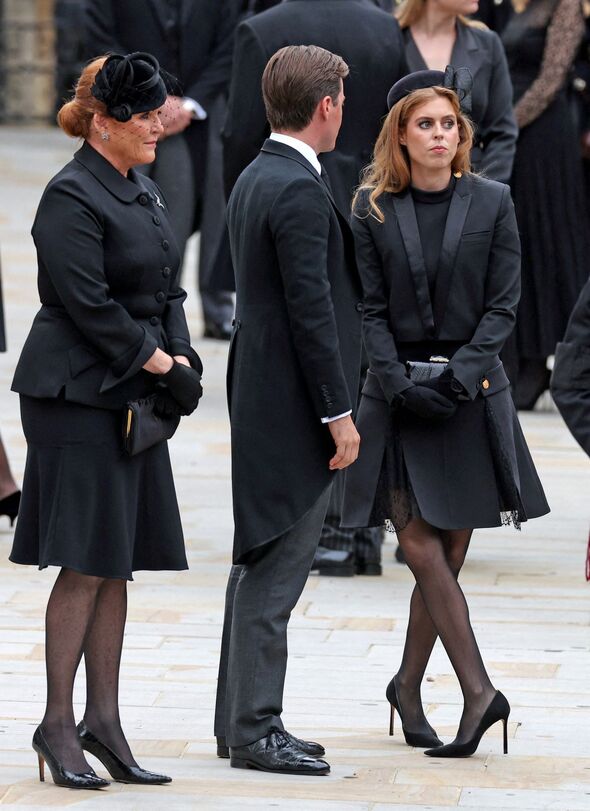 Did the Queen’s funeral suggest a “change in royal climate”?

Judi opined: “The change in royal climate does prompt one more question about Fergie though: will she and Andrew now re-marry?

“Sarah has always looked like a devoted wife despite their divorce and has probably been Andrew’s most loyal supporter and promoter recently.

“With Charles now on the throne and her daughters both married with children of their own it could be a move that was possibly first flagged up by Sarah’s seating at the funeral,” Judi suggested.

Sarah and Andrew tied the knot on July 23, 1986, in Westminster Abbey.

The Duke and Duchess of York welcomed two daughters, born in 1988 and 1990 respectively.

They are now co-grandparents to August Brooksbank and Sienna Mapelli Mozzi, who were both born in 2021.

Andrew and Sarah continue to live together at Royal Lodge on the Windsor estate, as the divorced couple inherited the late Queen’s beloved corgis to care for them.