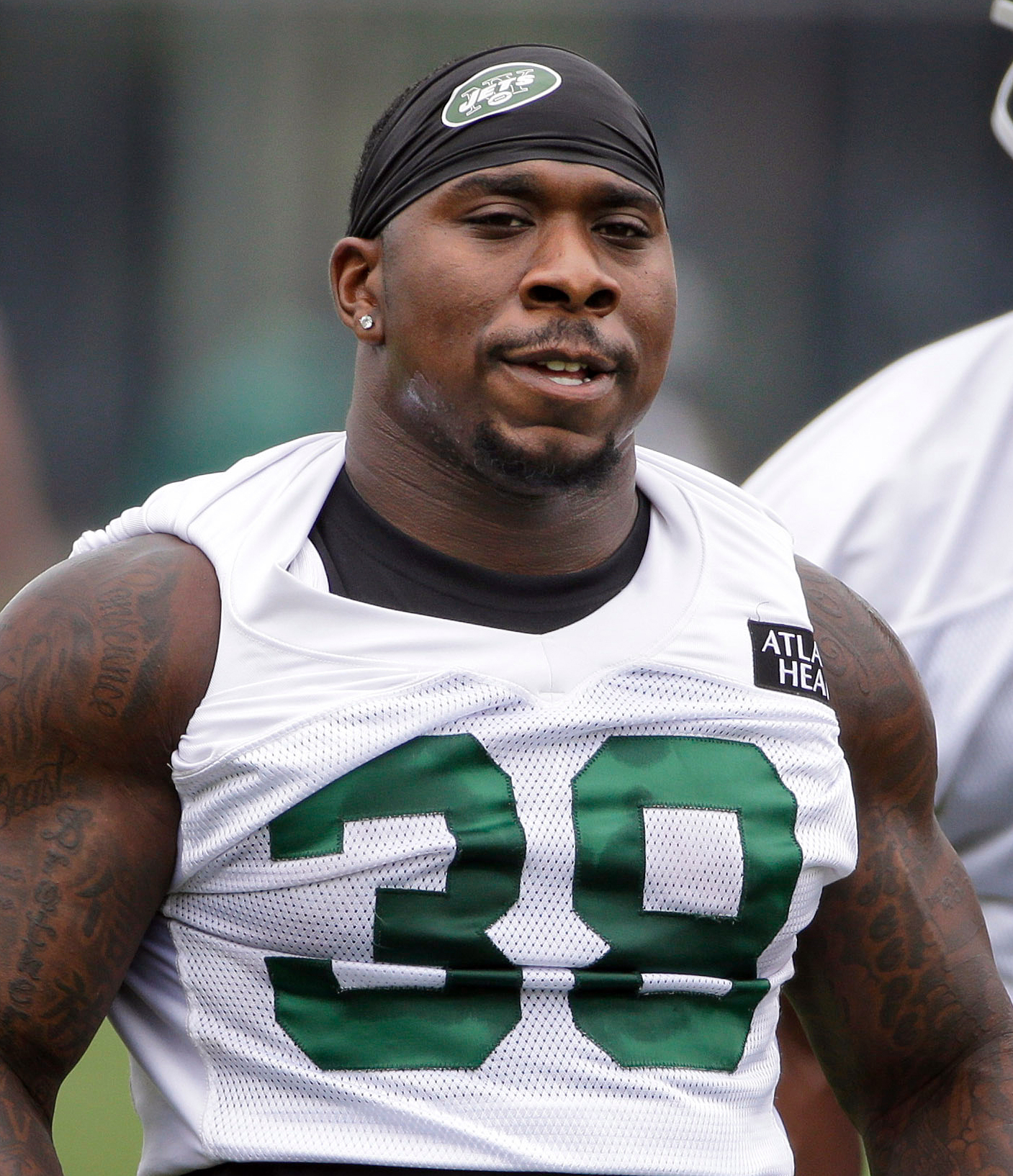 Zac Stacy, a former running back for the New York Jets, has been accused of beating his ex-girlfriend at her home in front of the couple’s 5-month-old son, Us Weekly can confirm.

The incident occurred on Saturday, November 13, according to a press release from the Oakland Police Department. “Officers responded to an emergency call about a domestic disturbance,” read the statement, issued on Thursday, November 18. “Officers arrived on scene within two minutes, and were able to determine a domestic violence battery had taken place and that the suspect, Zackary Stacy, had fled the scene.”

In a graphic video obtained by TMZ, the 30-year-old threw his ex across the room while their son was seated nearby. The force caused the victim to hit the TV, which then fell on top of her.

Police have issued a warrant for Stacy’s arrest, and the victim has filed a restraining order against him. According to an affidavit for the arrest warrant obtained by Us, the woman sustained injuries to her torso, legs and face during the attack.

The affidavit also noted that police previously responded to a verbal dispute the same address in August. One month later, they responded to another incident of possible domestic violence at the home but were unable to locate Stacy.

The Vanderbilt University alum faces felony charges of aggravated battery and criminal mischief. If convicted, he faces up to 15 years in prison for the battery charge and up to five years for the criminal mischief charge.

“Efforts are underway to capture Stacy, and we would urge him to turn himself in and face the criminal charges,” the Oakland Police Department’s statement continued, noting that the incident is the subject of “an active and ongoing investigation.”

In an Instagram video posted on Thursday, the victim asked her followers to contact law enforcement if they had any information about Stacy’s whereabouts. “I don’t know why his friends are hiding him,” she said. “If you see him, he drives a white Kia Optima, a 2020 I believe or a 2021. Please, again, if you see him or you know of any location that he might be, please turn him in or call your local authorities.”

After video of the incident surfaced online, several current and former NFL players expressed their horror via social media.

“For the record…. Any man that puts his hands on a woman is a coward!” tweeted Calais Campbell, a defensive lineman for the Baltimore Ravens. “Short of defending yourself in a life or death situation, there is no excuse!”

Green Bay Packers receiver Davante Adams tweeted, “I’m not retweeting the video but ZAC STACY NEED TO BE THROWN UNDER THE JAIL. Any man that puts his hands on a woman is a coward. Can’t believe what I just saw.”

Chris Long, who played with Stacy during his time with the St. Louis Rams, also slammed his former teammate in a tweet. “Woke up to the Zac Stacy video,” he wrote. “Made my stomach turn. Not retweeting. Crazy to play [with] someone for a couple years & you have no idea what kind of bullshit they do at home.”

If you or someone you know are experiencing domestic violence, please call the National Domestic Violence Hotline at 1-800-799-7233 for confidential support.

With reporting by Diana Cooper