All eyes seem to be on Donald Trump and Queen Elizabeth II today as they met today.

Many were fascinated to watch two of the world’s most powerful and recognisable faces greet one another in London.

While they exchanged pleasantries, what did their body language say?

Body language expert Judi James said: “Possibly keeping in mind the often rather awkward-looking body language that Donald Trump produced on his last visit to the UK, the Queen and Camilla formed a formidable duo in terms of hosting their guests and helping to put them at their ease while subtly helping them with their choreography.”

She claimed that the pair were warm and friendly, perhaps hoping to produce a better show than last time.

Judi said: “The overriding body language of their meeting was the Queen’s wide, warm smile though.

“Despite the controversy surrounding the president’s visit she looked delighted to see him and determined to make him feel at ease.”

The other senior royals also put their best foot forwards when it came to greeting their royals.

Judi said: “Prince Charles displayed enough self-comfort body barrier rituals to suggests high levels of anxiety behind the scenes but he still greeted Trump like a friend, raising both arms to usher the President towards the palace when he tried to steer Charles into going first.”

His wife was similarly professional. “Camilla’s warm handshake with Trump involved her hand being held close to her body in a gesture of warmth and rapport and when she launched into conversation her thumb-shrug towards the palace suggested she was being cheerfully informal,” Judi said.

“She was equally animated with the tall and very elegant Melania, somehow mirroring her stride and pace as they walked together across the lawn.” 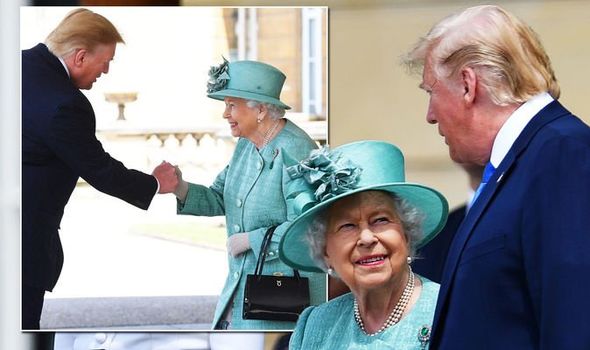 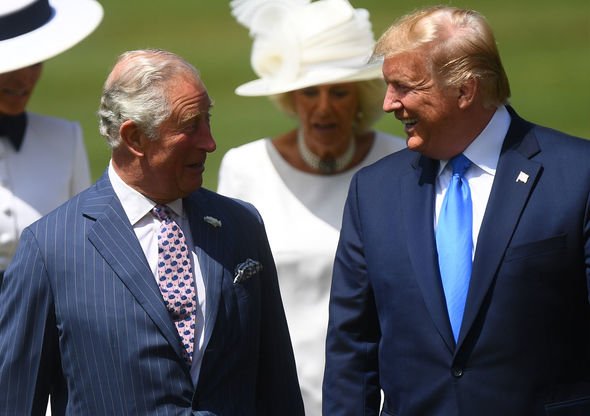 Did Donald Trump fistbump the Queen?

There were some claims that the President attempted to greet Her Majesty with an informal greeting known as a fistbump.

This is when two people express their pleasure at meeting by making fists with their hands and pressing their knuckles together.

Judi told Express.co.uk: “Trump’s greeting ritual with the Queen could have looked awkward and a still from it could make the gesture look dangerously like a fist-bump but as Trump approached he shook from a respectful distance and if the Queen performed her signature ‘fingers only’ handshake he seemed to have curled his own fingers in, leaving his hand looking as though it was forming a fist-like shape.”

Judi suggested that Mr Trump – who is known for his extreme hand-holding – was not able to get a proper grasp because the Queen usually offers only her fingertips – and that his “huge hands” did not help matters.

The American leader has form for grabbing hands and holding on to them for a long period of time, but the Queen was spared this. 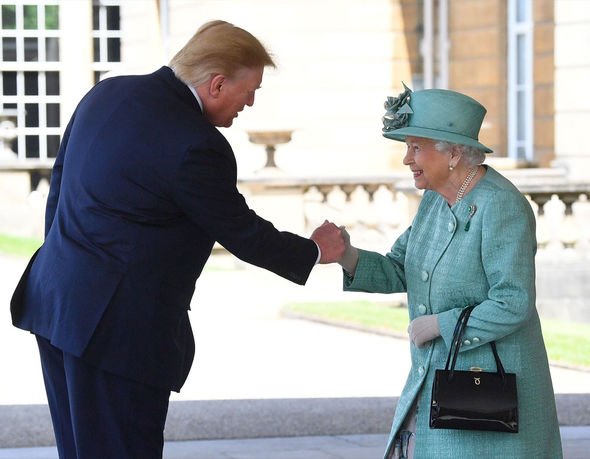 “He was leaning forward from a distance, with a tentative pawing of her hand.

“The Queen only ever offers her fingertips so he couldn’t get a grasp. He probably wasn’t touching much more than her fingers.

“Because he’s got such huge hands, it probably does look like a fist bump.”

Melania Trump wore an outfit that appeared to be inspired Princess Diana to meet the Queen.