FURIOUS viewers have cancelled their TV licences in protest at the BBC after is announce that it is to start charging over-75s a fee to watch the telly.

From June 1 2020, 3.7million pensioners will lose their right to a free TV licence to save the BBC around £500million a year. 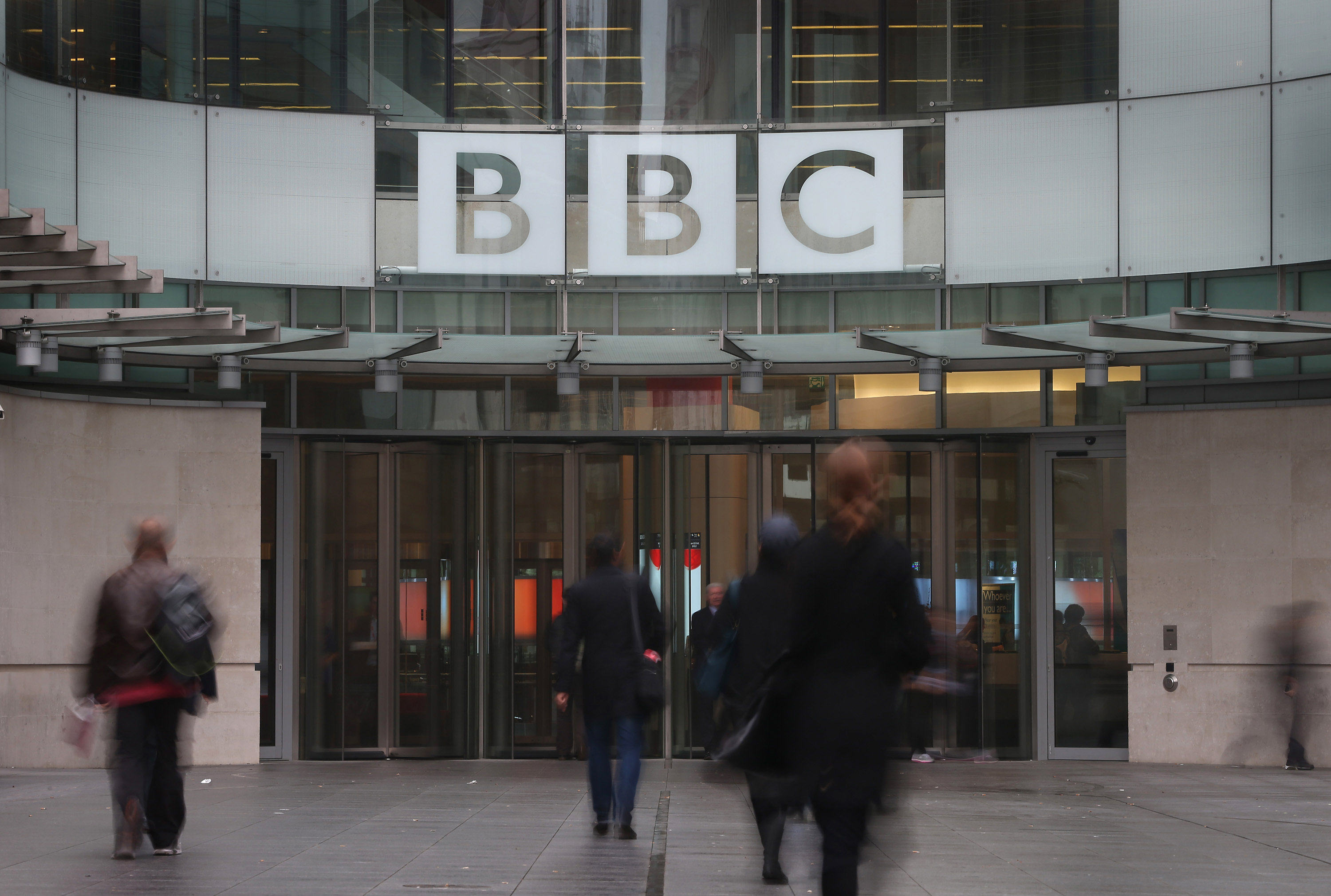 Instead, they'll have to pay the annual £154.50 fee to legally watch TV and use the iPlayer catch up service.

Many telly addicts are up in arms over the decision and have already cancelled their TV licence in disgust.

One viewer wrote: "I've just cancelled my TV licence because the BBC is pants…"

Another said, "Just cancelled my TV licence" and posted it alongside a gif of the Genie from Aladdin captioned "you've been set free!" 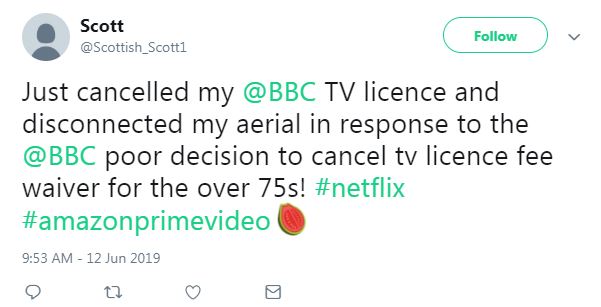 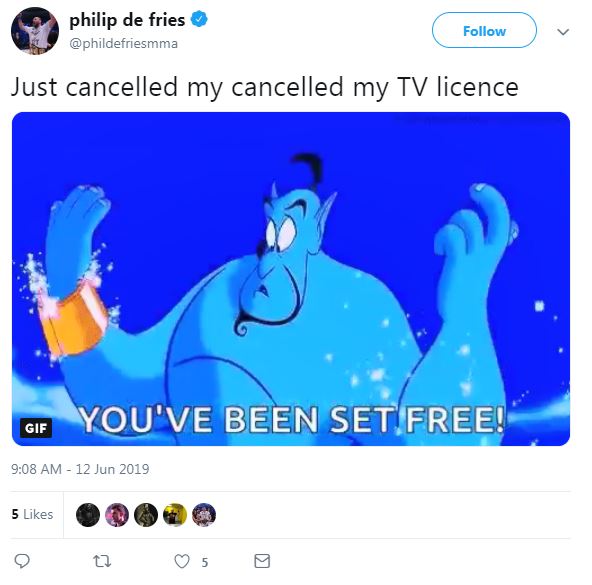 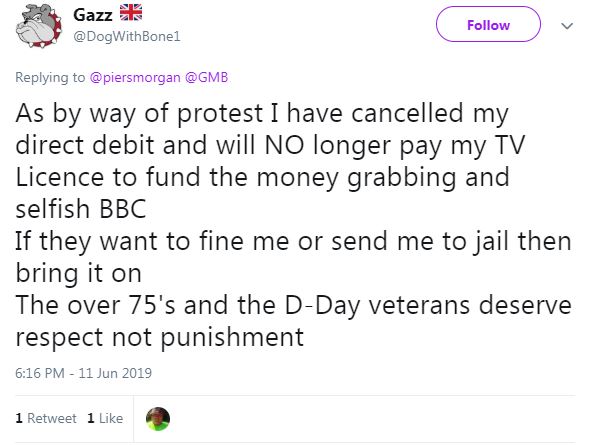 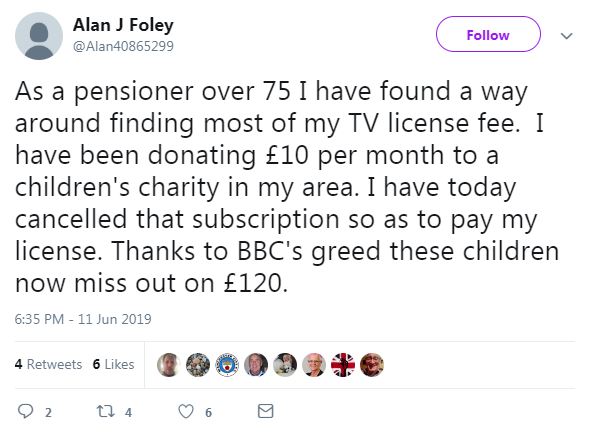 "Just cancelled my @BBC TV licence and disconnected my aerial in response to the decision to cancel TV licence fee waiver for the over 75s! #netflix #amazonprimevideo," Scott wrote.

Gazz said he'd cancelled his licence because "the over 75s and the D-Day veterans deserve respect not punishment".

Others have stopped paying the fee on behalf of older family members.

One pensioner, Alan J Foley, said that he's already cancelled his £10 a month charity donation in order to shell out for the upcoming fee.

He said: "I have been donating £10 per month to a children's charity in my area.

How to watch TV legally without paying for a licence

IN the UK, any household watching or recording live television must hold a TV licence.

In recent years, this has been extended to include BBC programmes on iPlayer, whether they are live, catch up or on demand. But does everyone really need a licence? Here’s the lowdown on how to avoid paying – legally.

Recorded films and programmes – either via DVD or Blu-ray, or downloaded from the internet

"I have today cancelled that subscription so as to pay my licence. Thanks to BBC's greed these children now miss out on £120."

Almost 3.5million Brits cancelled their TV licence fee between 2014 and 2018 — a rate of almost one million a year.

The figures showed that many are snubbing the BBC in favour of streaming sites such as Netflix, Amazon Prime and NowTV.

Annual subscriptions start at around £72 – that's £82.50 year cheaper than the TV licence, which the BBC hiked for a third year in a row back in February.

You can cancel your licence at any time via the TV Licensing website and you'll be refunded any extra costs you've already made to last up until the day it expires.

More than 291,00 people have signed a petition demanding that the BBC reverse its decision for OAPs.

Age UK amassed the signatures amid fury over the move to penalise pensioners rather than cut the salaries of star presenters.

Even outgoing Prime Minister Theresa May is urging the broadcaster to rethink its latest policy.

At the time of Monday's announcement, BBC chairman David Clementi said it had been a "very difficult decision".

He said: "We think its fair to those over 75 but also to all our audiences for whom there was no appetite for the level of cuts that would have been necessary if the concession had been extended.

"There are people for whom this will be unwelcome news, who have not paid until now but will do so."