Straight to the naughty list! People share messages they’ve received from VERY entitled people at Christmas – from a mother who wants a ‘donated’ PS4 and a woman upset her boyfriend ‘only’ bought her £170 Apple AirPods

There are only a few days until Christmas and most people are full of festive cheer.

But these messages prove that some people are never happy, not even over the festive season.

People from around the world have shared how entitled people ruined their Christmas on the trivia website Bored Panda.

From mothers asking for free presents to people getting puppies just to keep the kids ‘entertained,’ they have guaranteed themselves a place on Santa’s naughty list.

Far from the cheerful and festive holiday spirit we all hope for each year, crime victims also revealed how people stole their presents in the run-up to Christmas day. 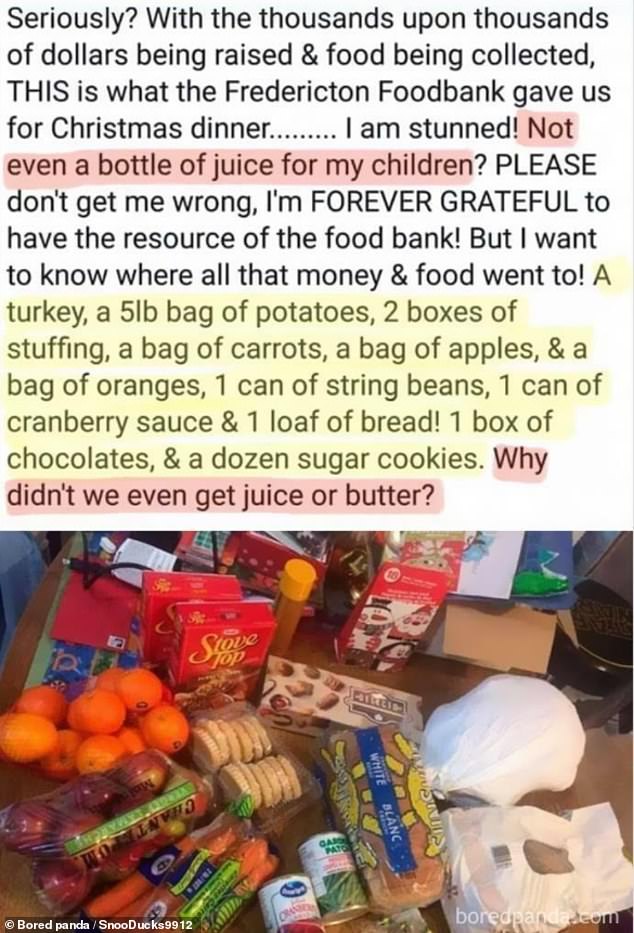 In Canada, a woman using a food bank complained her Christmas donation did not include a juice for her kids 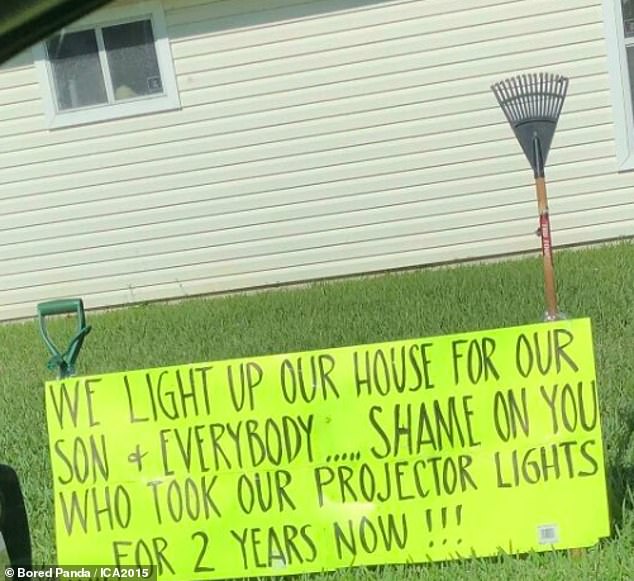 In Florida, a family revealed how a thief sold the projector they used for their Christmas lights two years in a row

In Vancouver, a person asked for a free tree but later proceeded to give it away because it did not look like what they wanted 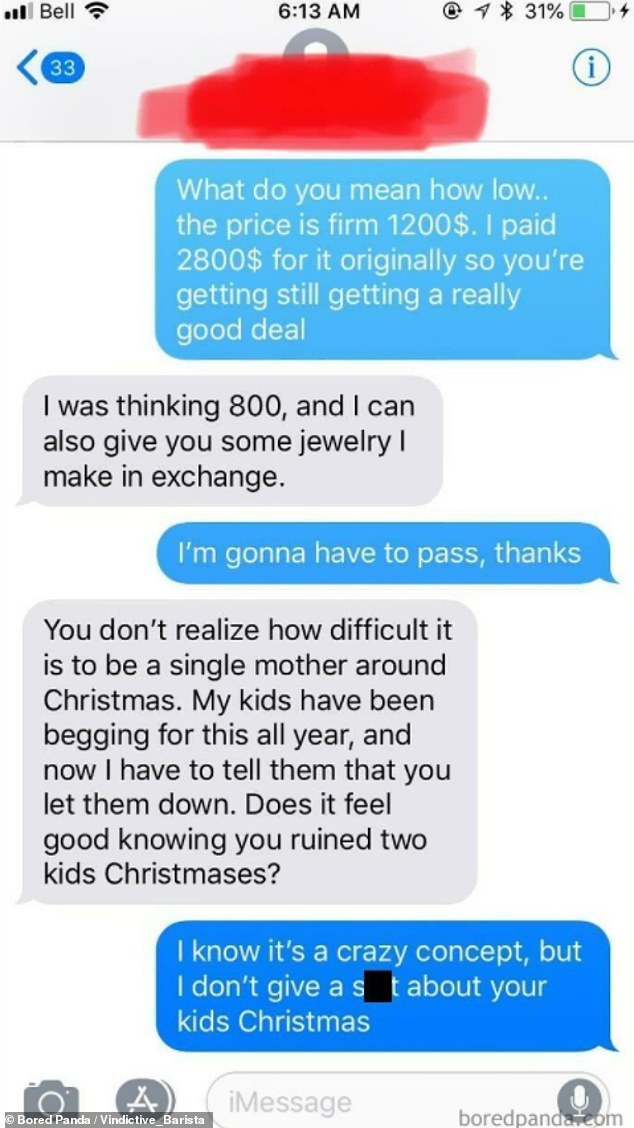 In Vancouver, Canada, one mother requested a big discount on a computer and then complained when the seller said no 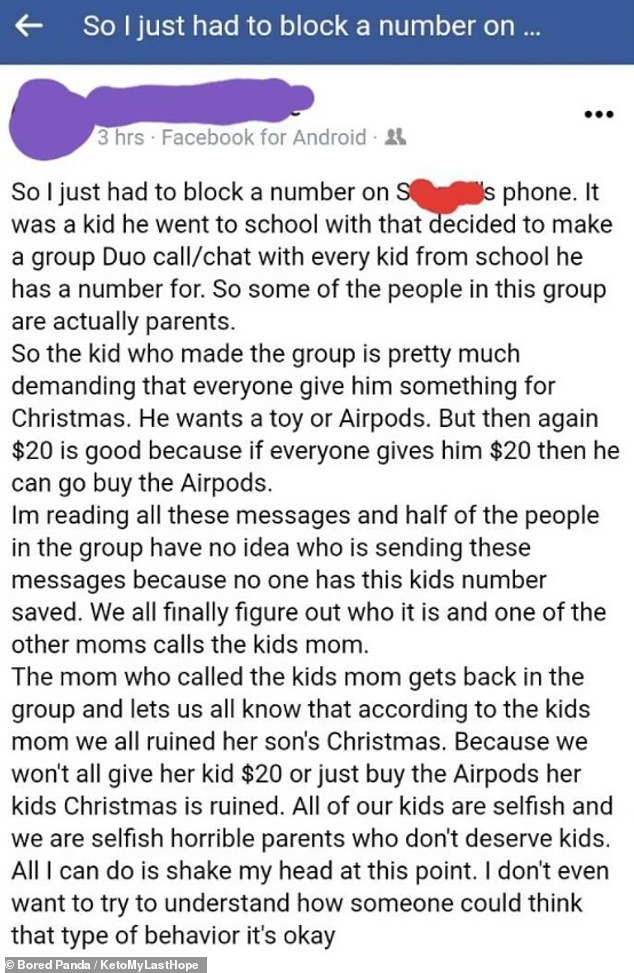 In Michigan, a mother revealed how she and other parents were accused of ruining Christmas after refusing to buy airpods or give £20 to a child who went to school with their children 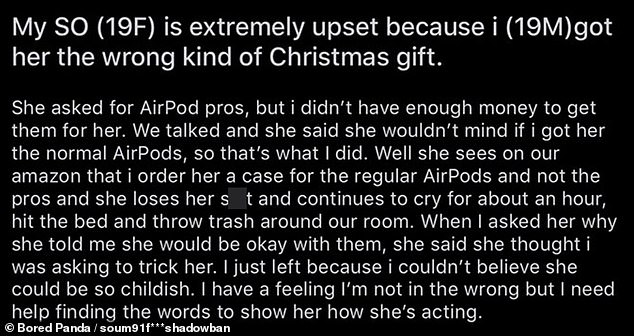 One boyfriend revealed how his girlfriend, 19, got upset when he got her the wrong kind of Christmas gift 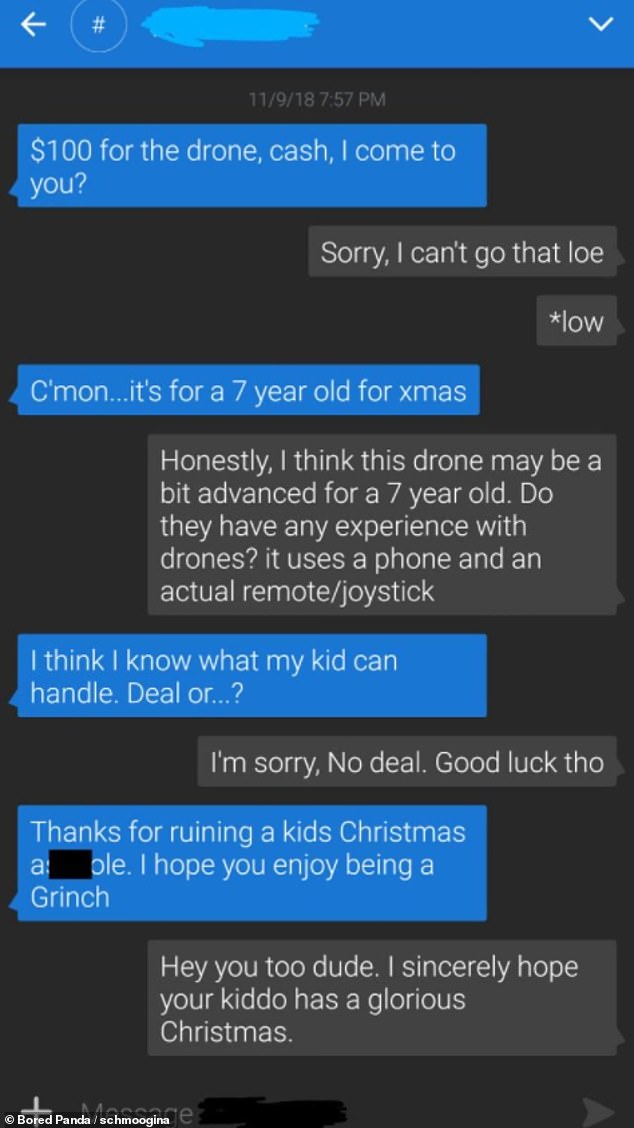 In the US, a dad tried to guilt a seller into giving them a discount and insulted them when they refused to budge on the price 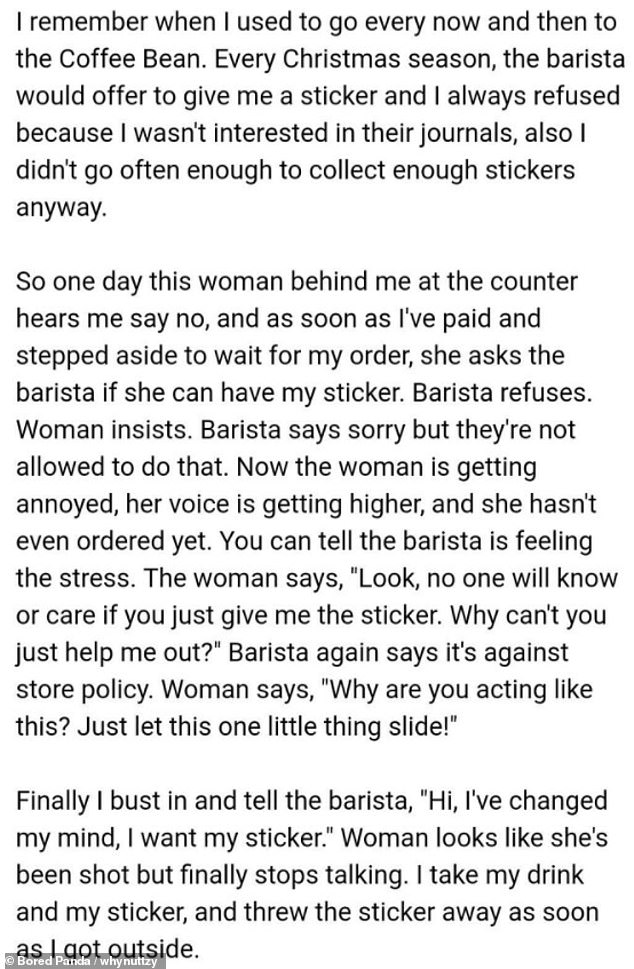 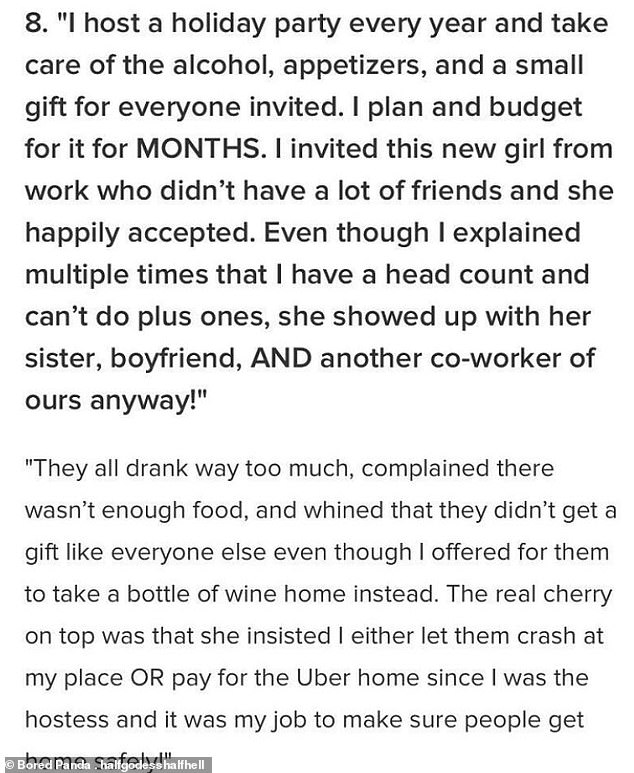 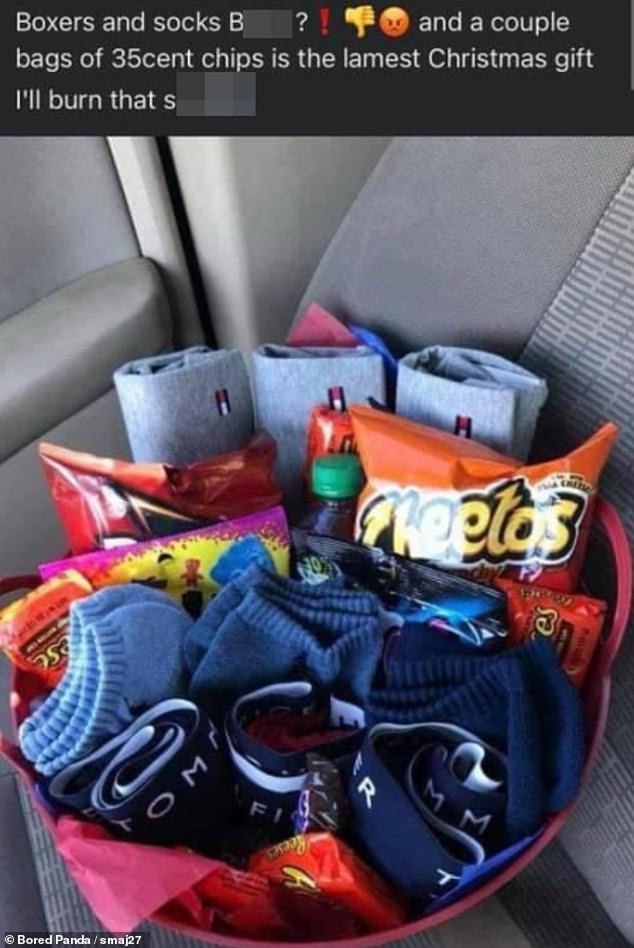 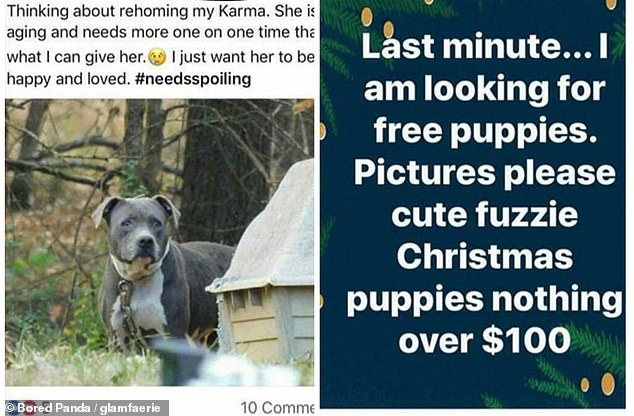 In Canada, one person was caught red-handed giving their old dog away in order to get puppies for Christmas 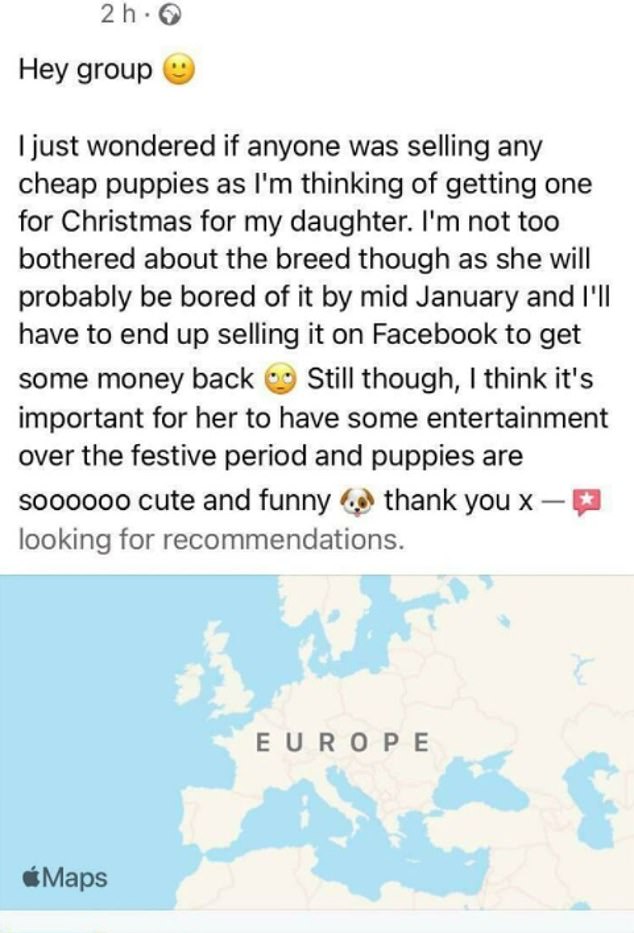 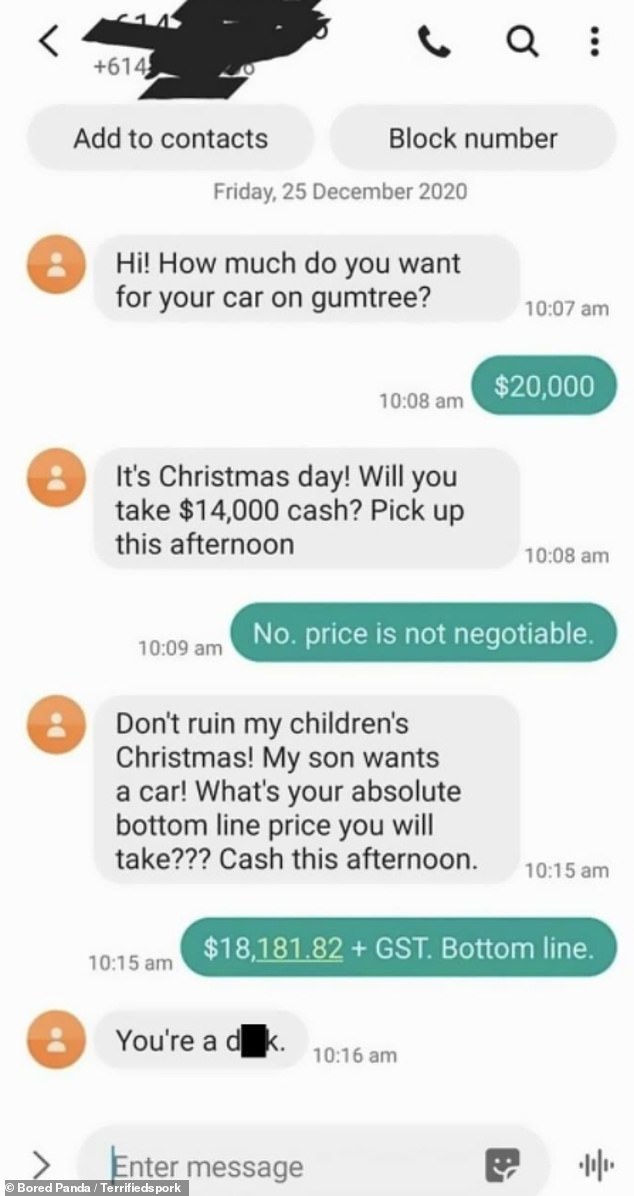 In California, a man selling his car was shocked when a potential buyer tried to guilt him into giving him a Christmas Day discount 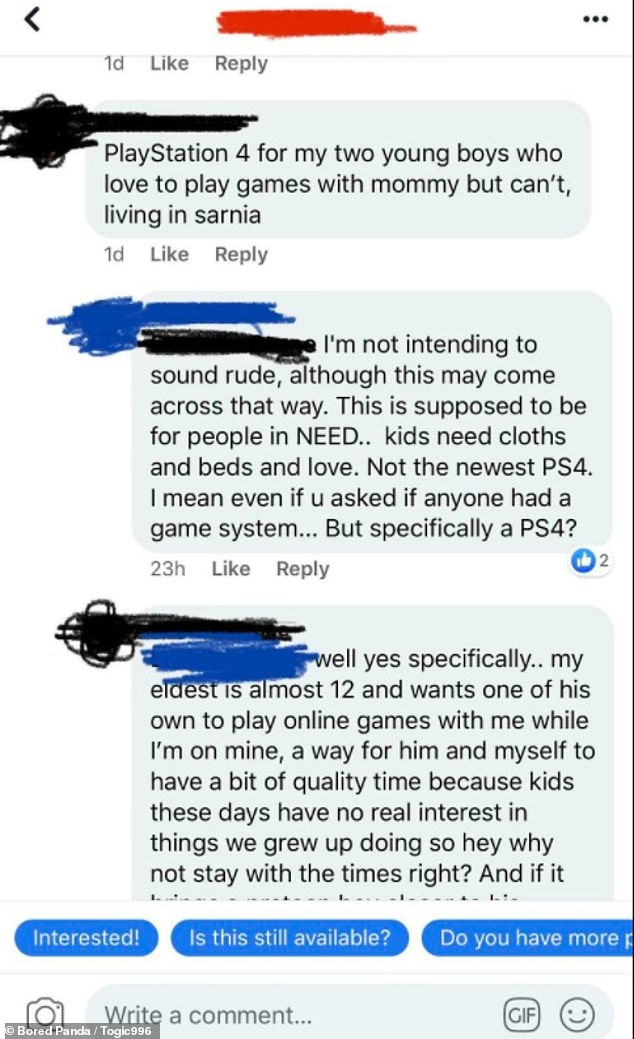