“I had a very large cyst that had split into two,” said the former Disney Channel actress.

The “General Hospital” actress, who was also known for her role in Disney Channel’s “Zenon: Girl of the 21st Century,” took to her Instagram Stories on Friday to let her fans know she is “on the mend” after the procedure. 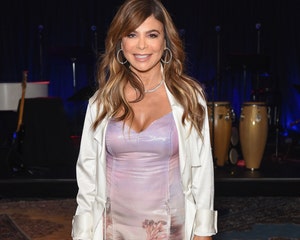 Paula Abdul Goes Under the Knife for 'Breast Revision'

“So I’ve not really spoken about this much or at all actually.” she began. “Less than 48 hours ago I had brain surgery, hence the neck brace, it was on the lower portion of my brain.”

“What they had to drain and remove was not cancer — I want to clarify that right now before the internet goes crazy wild with rumors about this,” the 37-year-old star continued. “I had a very large cyst that had split into two and the doctor said it was like so full the pressure was very noticeable when they opened up my skull, sounds so weird. So I will be on the mend for the next several weeks but I will be back at work once this is over with.”

She also said she felt like “s—” and then apologized for her language. “But I feel like I’ve earned it today,” she added with a laugh.

The video was captioned, “Sorry for the shock you guys.”

Storms is best known for starring as Maxie Jones on the ABC soap opera “General Hospital” from 2005 to the present, with one year off in between. After she completed “Zenon” in 1999, she went to work as Isabella “Belle” Black on NBC’s “Days of Our Lives” up until 2004.