The real-life Scooby Doo! Ghost- hunting couple tell This Morning they’ve nicknamed their rescue greyhound ‘Spooky-Doo’ thanks to his psychic abilities that help with their investigations

It’s not often that you come across a ghost-hunting dog, but one greyhound has distinct talent for detecting the dead and has been branded ‘Spooky-doo.’

Owners Brian Sterling-Vete, 61, and partner Helen Wuorio, 50, have been hunting ghosts since they met six years ago, but when they Adopted a greyhound called Bond in 2019 their ghost-busting mission became even more successful.

Their agency, Paranormal Rescue, based in Manchester describes itself as ‘an organisation that tries to help people who have become embroiled in the most deeply disturbing anomalous phenomena.’

Talking on This Morning, the pair explained just how helpful their beloved five-year-old dog is in aiding them in their investigations. 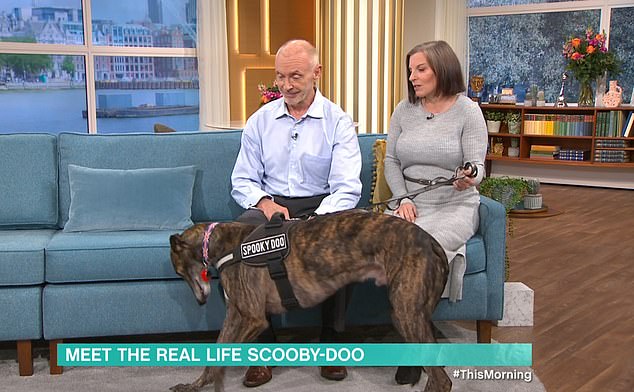 Owners Brian Sterling-Vete, 61, and partner Helen Wuorio, 50, have been hunting ghosts since they met six years ago

Helen explained how they first discovered Bond had ghost-sensing abilities, saying: ‘[Brian] left the room and then he put his paws on the chair and started interacting with something on the wall.’

‘We live in a flat that used to be his mum’s so I think that that maybe it was his mother who was interacting, because she passed a few years ago and he was interacting with it as if it was a person.’

‘I’m not particularly sensitive,’ Brian admitted. ‘I’m probably as sensitive as a house brick in that respect sometimes but Helen really is, she has psychic abilities.’

‘I hate to use that term because it’s a broad term and people often laugh at that, but she does have abilities and sees visions.’ 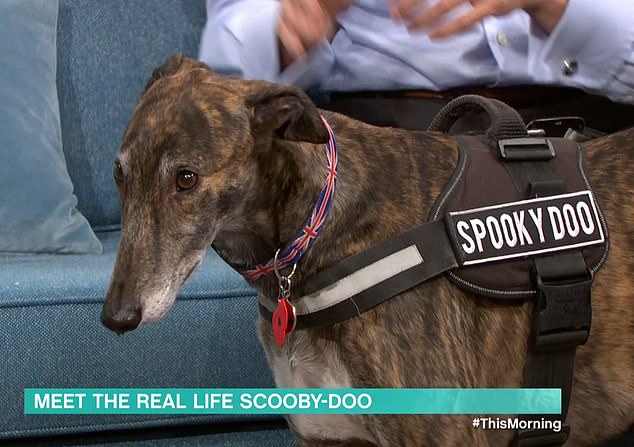 Helen explained that although they’re not visions in the ‘typical’ sense, a picture will flash in her brain and then a few days later it comes true.

‘It’s happened throughout my life and now every time we do an investigation I do a meditation before to see if something flashes in my head.’

Despite most ghost hunting services using other equipment to aid their searches, Brian reveals how Bond gives them an edge.

‘Usually what a group does is they use electronic equipment, cameras, sensing devices and when you think about it, a dog has got all of these enhanced senses wrapped up into four paws and a waggly tail.’ 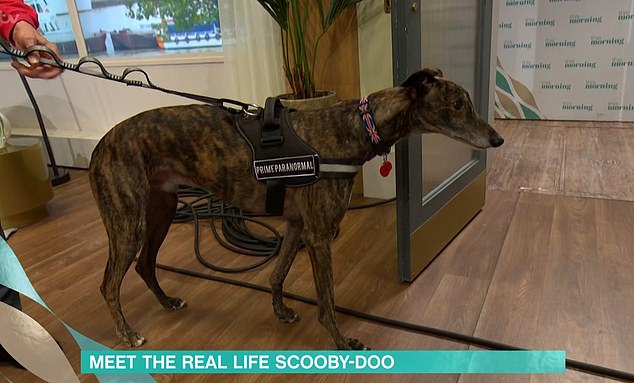 Bond today while walking around the This Morning studio, he didn’t detect any ghosts in the vicinity

‘He’s got five times better vision, 10 thousand times better sense of smell, fantastic hearing, plus possibly a sixth sense because they’ve got a similar brainwaves to small children operating at the theta and beta bandwidths. Just like children are often reported to see strange things, dogs can probably do the same thing too.’

According to Brian, the fact that Bond is a sight hound helps immensely with investigations especially while in the shadows during their hunts.

‘We’re not traditionally an investigations group we operate mostly as a paranormal rescue these days, which is more like Thunderbirds International Rescue meets Scooby Doo.’ 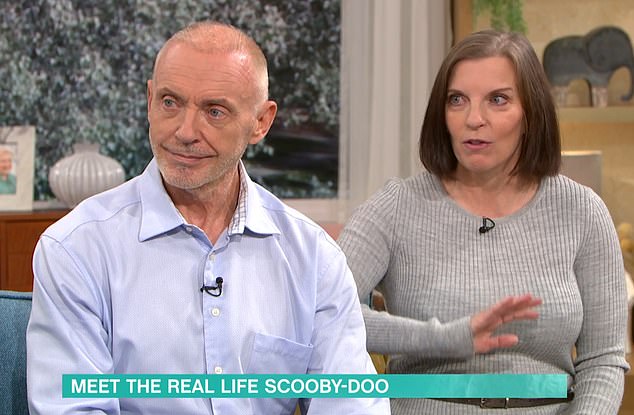 Brian and Helen first discovered Bond had abilities while in their own home, they though he sensed Brian’s late mother

Helen, reflecting on one such occasion talked about a time they were called to Castle Street police station in Bolton.

‘Brian was still getting all our equipment out and I thought I’d take Bond and go for a dry run through the police station,’ she recalled. ‘We went through the courtroom and he was chasing something up and down the aisles that I couldn’t see and he dragged me down the stairs, and ended up in the jail cell.

‘Then he was gasping for breath and I got quite scared so I took him up because he couldn’t breathe.’

‘That was probably the scariest moment of the six years we’ve been investigating.’ 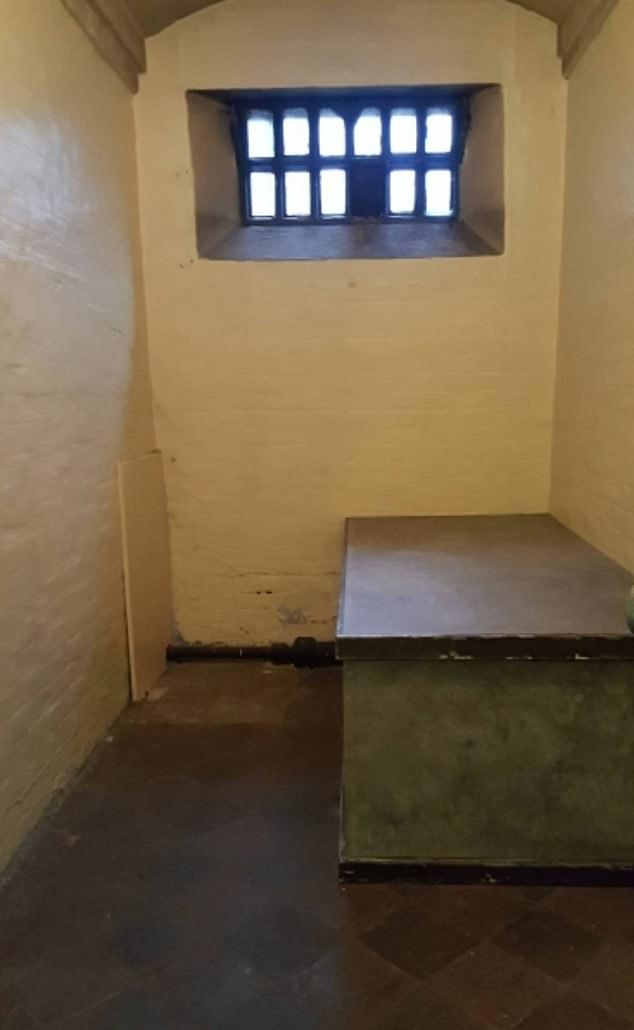 Brian explained that two people had died by suicide in the the jail cells Bond detected activity in, and while his temperament is usually chilled, the dog refused to go back to the cells.

This was by no means an isolated incident, however. Another example of ‘Spooky-Doo”s talent was during a trip to Scotland to visit a friend whose husband had recently died.

Helen said, ‘When you’re least expecting it is when things happen. I had taken him out for his last walk of the evening and walking around the field at our friends house, I noticed out of the corner of my eye a shadow figure and thought, “Oh my god maybe I’m crazy”, but then he noticed it too.’

‘There was nobody there, but we had both seen it and he was dragging me to an apple tree he’d been fixated on ever since we got to my friend’s house. My friend’s husband had died tragically very recently and that was his favourite tree.’