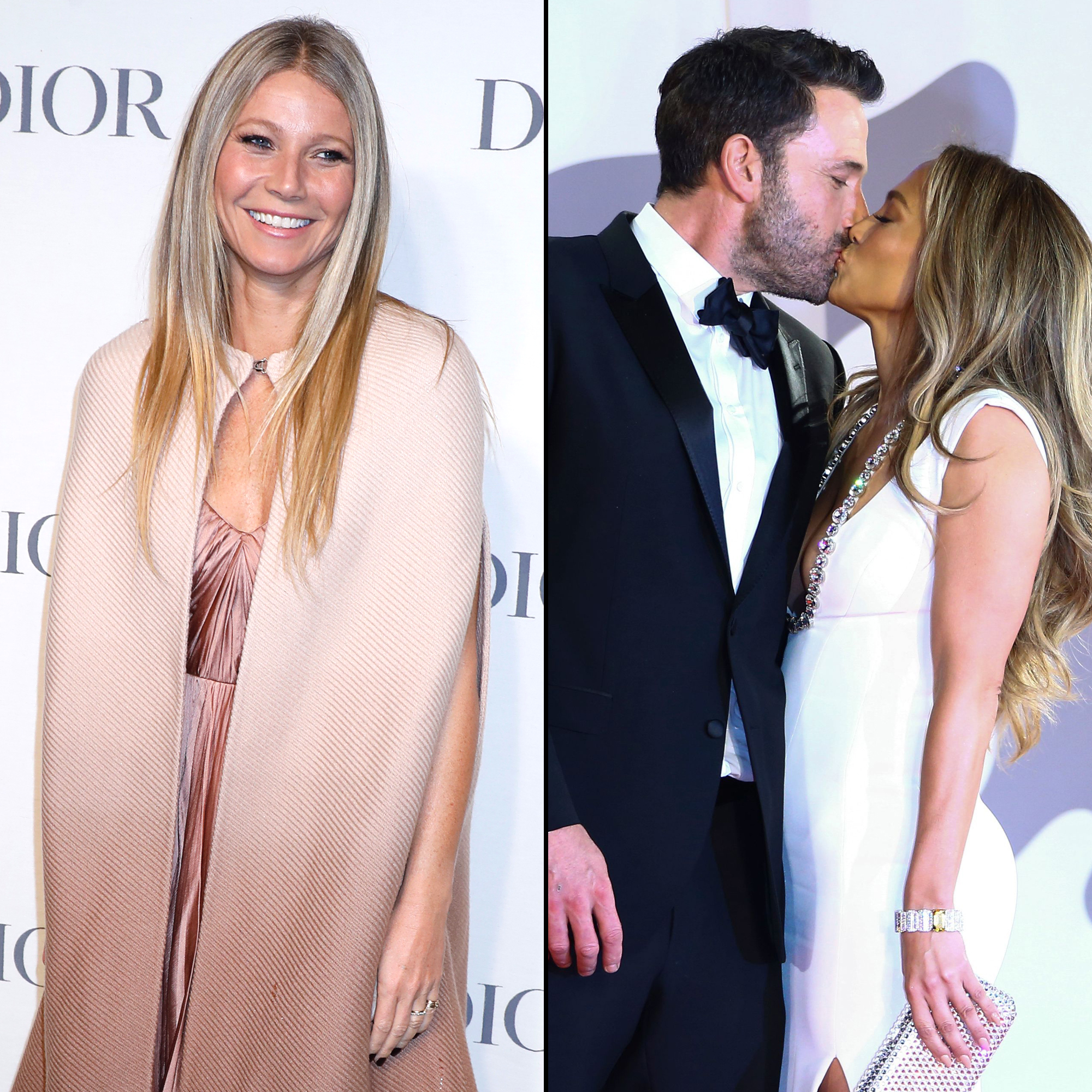 Bennifer fans live on! After Ben Affleck and Jennifer Lopez made their red carpet debut since getting back together at the Venice International Film Festival, their photos went viral — and even celebrity fans are sharing their support for the happy couple. One such fan is the Argo director’s ex-girlfriend Gwyneth Paltrow.

All of Ben Affleck’s Loves and Flings Through the Years

The 52-year-old “Jenny From the Block” crooner’s stylist, Mariel Haenn, shared snaps of Bennifer’s formal outing on Friday, September 10. She captioned her Instagram post, “Here for it #Bennifer ❤️‍🔥.” Soon after, the Goop founder, 48, commented, “Okay, this is cute” about her former partner and his current flame.

Affleck, 49, and Lopez attended the red carpet premiere for his new movie, The Last Duel, at the film festival on Friday, where the New York native donned a long white Georges Hobeika gown with a plunging neckline decked out in crystals. Her beau wore a black tuxedo as the couple made their first official appearance together in 18 years.

The pair originally dated from 2002 to 2004 before calling off their engagement. Prior, the Good Will Hunting star was linked to Paltrow after they worked together on Shakespeare in Love. Affleck and the Iron Man actress were together for three years before breaking up in 2000.

Paltrow’s recent support of Bennifer isn’t the first time she’s been vocal about her past relationship. In June, her Goop brand’s Instagram page used a throwback photo of the former couple to create a meme about Mercury’s recent position in retrograde.

In the snap from their ‘90s-era romance, the Politician alum was labeled as “Gemini szn” while Affleck whispered in her ear, representing “Mercury in retrograde.”

Goop captioned the pic, “‘Tis the season,” before its founder playfully chimed in from her page, writing, “Oh my god you guys.” 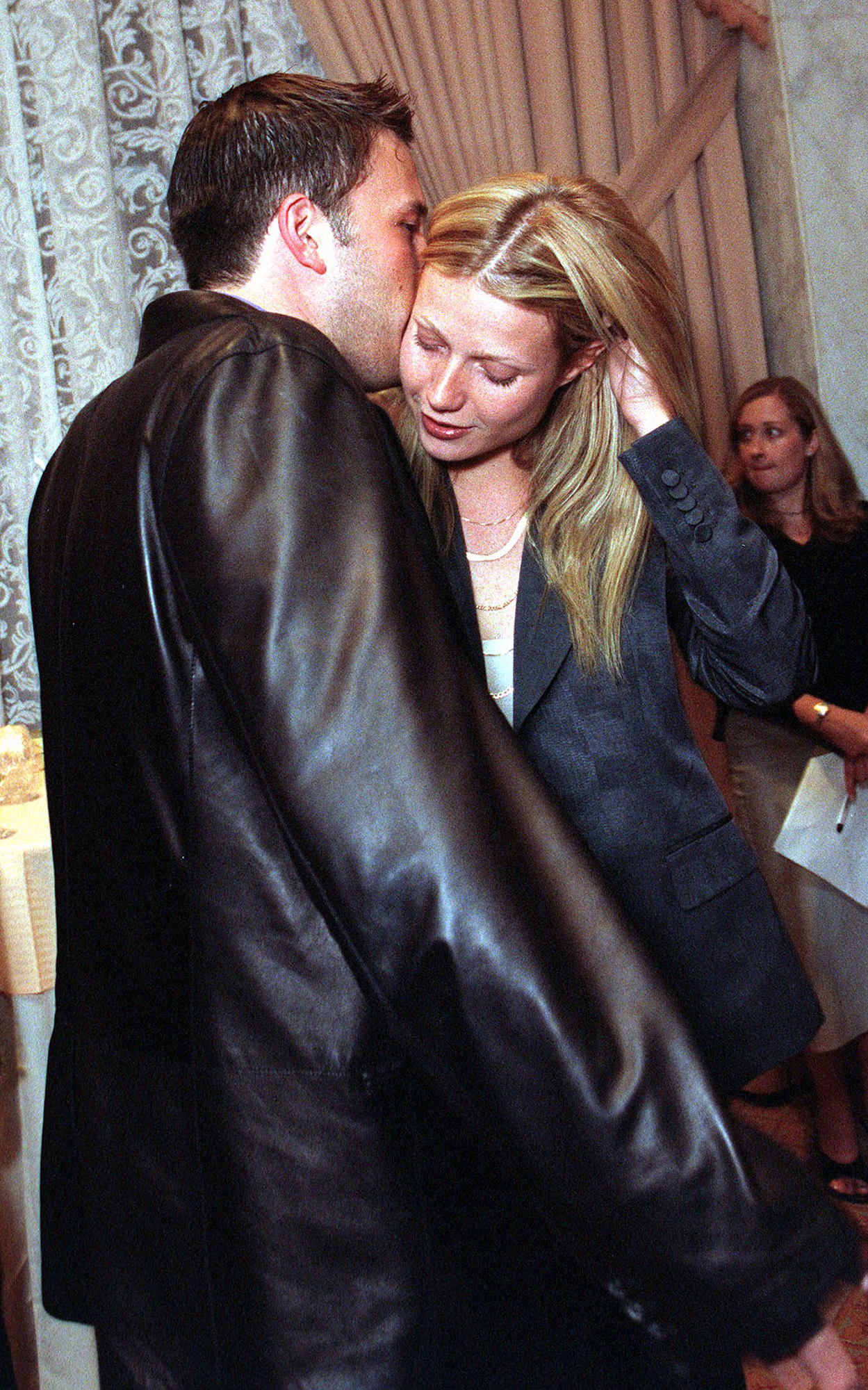 Years earlier, the cookbook author opened up about their whirlwind relationship.

“It’s interesting,” she revealed on the Howard Stern Show in May 2018. “I think there’s certain boyfriends where you are trying to work stuff out, right? Like, you’re trying to heal certain stuff from your childhood and he was very much a lesson in that way,” she explained. “I’m not sure exactly what I was trying to heal in that instance, but it was … he was, you know. It was specific.”

After their split, Paltrow went on to marry Chris Martin —with whom she shares kids Apple, 17, and Moses, 15 — before they “consciously uncoupled” in 2014. She later wed Brad Falchuk in September 2018.

Affleck, for his part, moved on with Lopez before their 2004 split. He was then married to Jennifer Garner from 2005 to 2015. The Massachusetts native later reunited with the songstress in April after the Hustlers star ended her years-long engagement with Alex Rodriguez. One month later, a source confirmed to Us Weekly that the duo was “full-on dating.”