Bling for the Biebs! Hailey Bieber (née Baldwin) is showing her love for Justin Bieber — and she’s doing it in style.

Hailey Baldwin Debuts 2 New Tattoos — and 1 Is for Justin!

The 24-year-old model was spotted out and about in Los Angeles, rocking a necklace with her husband’s oversized initials front and center. And of course, we’ve got all the deets on the ultra-cool bling. 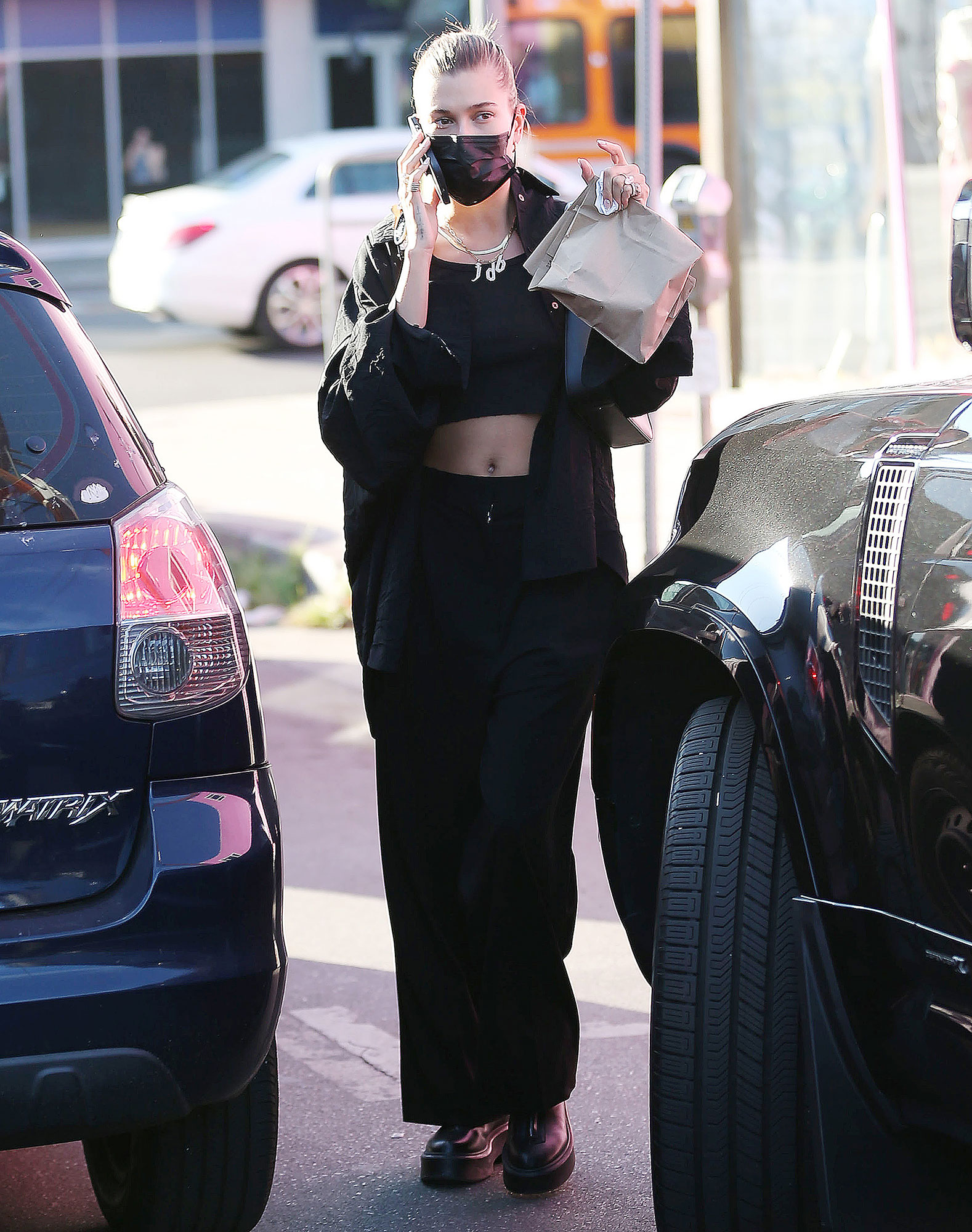 According to the brand’s Instagram, this is their JF Custom Fixed Large Gothic Letter Monogram Necklace with Pave White Diamonds. Pop on over to their website, and it’s clear that the piece costs a pretty penny. The large letters cost $6,500 each and the 18 inch chain rings up at $2,240. Add it all together and you’re looking at a whopping grand total of $21,740.

She let the bling take center stage, keeping the rest of her look on the simpler side. Hailey swept her hair into a sleek bun and wore an all-black ensemble, complete with wide leg black pants, chunky boots, a crop top and an oversized jacket.

This show of affection follows the couples rare joint interview about how the 27-year-old singer’s metal health struggles have affected their relationship.

“I remember I called [my mom] a few different times, one particular time [when] we were in Brooklyn and I was calling her, crying, and I was like, ‘I just can’t do it,” Hailey, who married Justin in September 2018, said on an episode of the “In Good Faith with Chelsea & Judah Smith” podcast.

“But I also just think I was in it. I made a decision. I know for a fact that I’ve loved this person for a very long time and now would not be the time to give up on him. I just wouldn’t do that to him.”

The “Peaches” artist went on to clarify that he was having “out of body experience” and sensory issues as he struggled with depression. He later sought treatment.

Hailey added: “Imaging abandoning somebody in the middle of the worst time of their life, potentially. I’m not that type of person. So I was going to stick it out no matter what the outcome was going to be.”