Home » Lifestyle » Harry: William and I 'Were Unable' to Show Emotion After Diana's Death

Looking back. Prince Harry has opened up about mourning the death of his mother, Princess Diana, following her fatal 1997 car crash.

“Everyone knows where they were and what they were doing the night my mother died,” the Duke of Sussex, 38, said in a new clip of his ITV sit-down, which airs on Sunday, January 8. “I cried once at the burial and you know I go into detail [in my memoir] about how strange it was and how actually there was some guilt that I felt, and I think [Prince] William felt as well, by walking around the outside of Kensington Palace.” 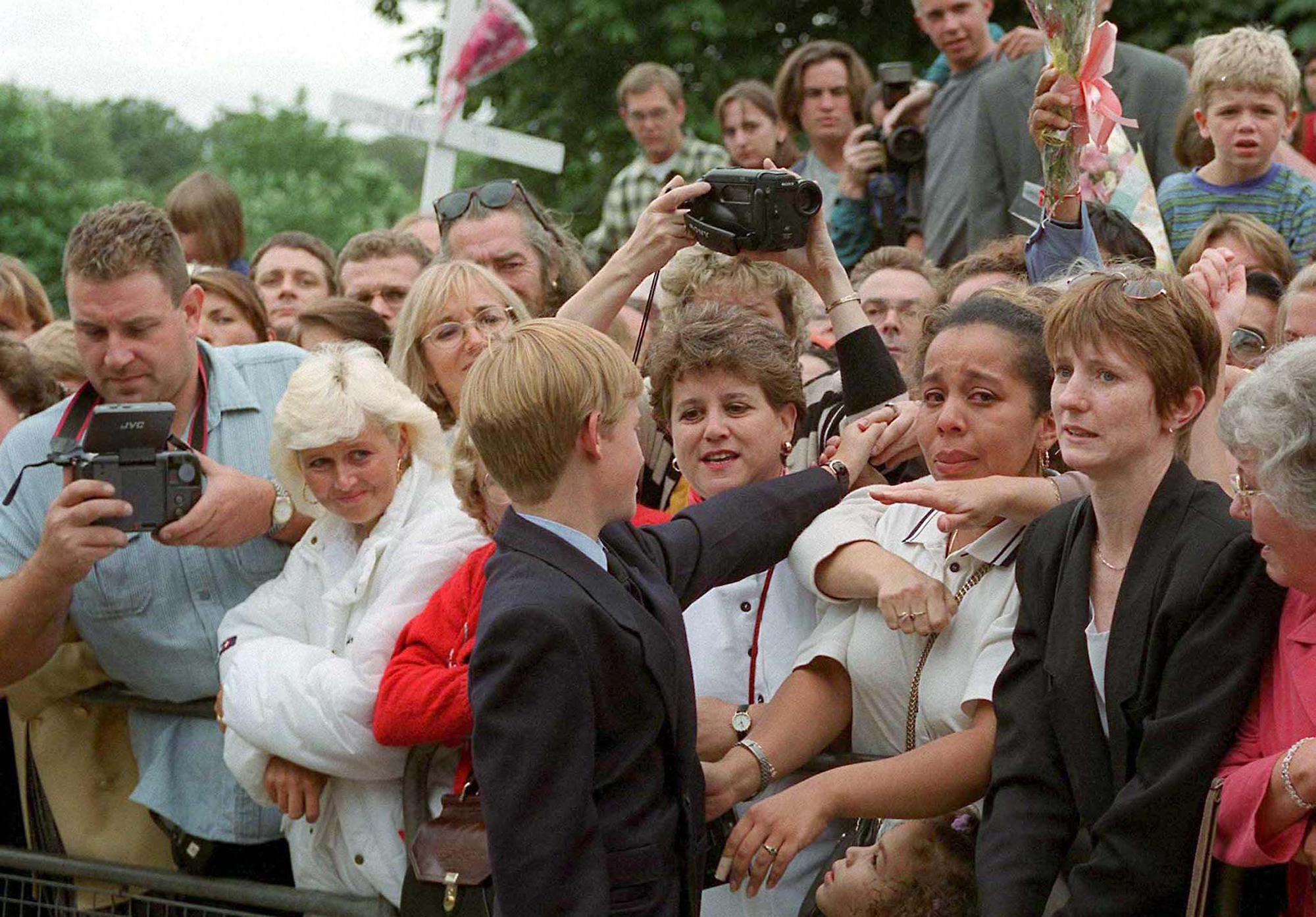 Princess Diana died at the age of 36 after succumbing to fatal injuries in an August 1997 car crash in Paris, where she had been riding in a vehicle with boyfriend Dodi Al-Fayed. Following her death, her two sons — William, then 15, and Harry, then 12, whom she shared with ex-husband King Charles III — participated in traditional royal funeral professionals. The Prince of Wales, 40, and Harry walked behind her casket at her state funeral and even greeted waiting mourners outside of Kensington Palace.

How the Younger Royals Have Honored Princess Diana

“I’ve seen the videos, right – I looked back over it all. And the wet hands that we were shaking, we couldn’t understand why their hands were wet, but it was all the tears that they were wiping away,” the BetterUp CIO recalled to royal reporter Tom Bradby. “Everyone thought and felt like they knew our mum, and the two closest people to her, the two most loved people by her, were unable to show any emotion in that moment.”

Harry has been candid about grieving his mother in his Spare memoir, which will be released on Tuesday, January 10. In the book, the military veteran reveals that he had attempted to cope with the loss by driving through the same Parisian tunnel where she died.

“Off we went, weaving through traffic, cruising past the Ritz, where Mummy had her last meal, with her boyfriend, that August night. Then we came to the mouth of the tunnel,” Harry wrote in the text, of which Us Weekly obtained an early excerpt. “We zipped ahead, went over the lip at the tunnel’s entrance, the bump that supposedly sent Mummy’s Mercedes veering off course. But the lip was nothing. We barely felt it.”

The California resident — who moved to the United States in 2020 after he and wife Meghan Markle stepped back from their duties as senior royals — further noted that he used to believe the tunnel was “treacherous” before his joyride.

“It was just a short, simple, no-frills tunnel. No reason anyone should ever die inside it,” he said in the book. “[The drive] had been a very bad idea. … I got the closure I was pretending to seek. I got it in spades. And now I’d never be able to get rid of it.”