The groundbreaking designer sat down with Associate Fashion Editor Nandi Howard to chat about her viral 3D fashion show this past summer, her spirituality and her tips for finding resources as a Black creative

Historically, New York Fashion Week has not featured Black designers in
great numbers. For the Fall/Winter 2020 season, only three Black women were included in the official lineup, despite the continuing dialogue about diversity within the industry. Yet the national conversation around race,sparked by the deaths of Ahmaud Arbery, George Floyd and Breonna Taylor, seems to have prompted new support for Black businesses and made them more popular than ever. And many industries, fashion among them, are reexamining how they treat the Black community.

As more eyes turn toward the talents of Black creatives, Anifa Mvuemba, founder of the Hanifa label, appreciates the change. “I think for the first time in my career, I feel seen,” says the Congolese designer about the past few months. When COVID-19 struck, Mvuemba quickly adapted her business. Initially, in response to stay-at-home orders in March, she started testing 3D models to showcase her latest pieces. 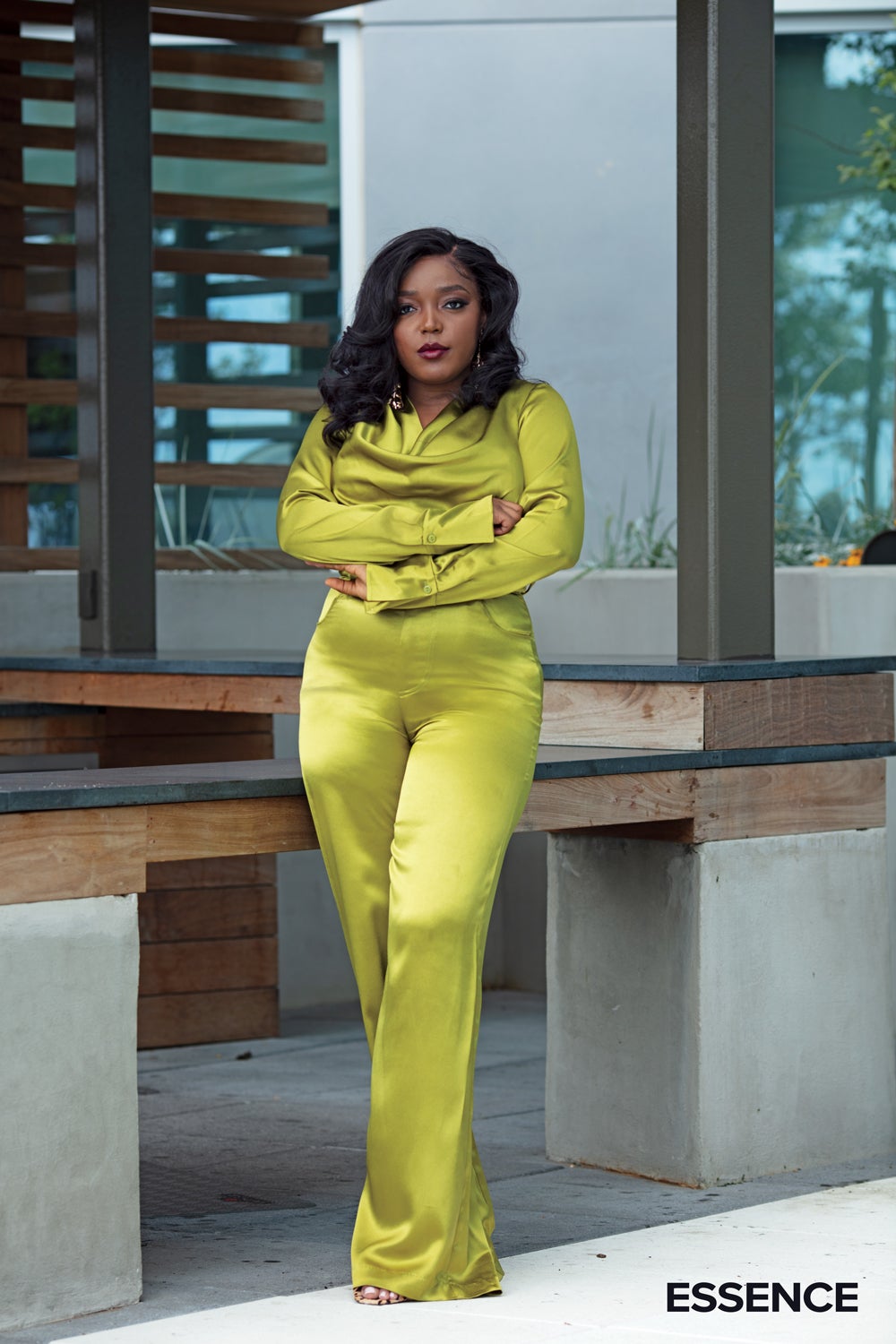 Eventually she expanded her 3D innovation into a full-fledged digital fashion show, which premiered on Instagram Live and garnered rave reviews from publications including Teen Vogue and Harper’s Bazaar. The show went viral, drawing wide acclaim on social media and ultimately anointing Mvuemba as a “real” designer—even though Black women have known her work and supported her brand since its 2012 launch. Mvuemba got her big break in 2017, when Ciara posted a snapback photo of herself in red Hanifa pants.

As her business scales new heights, the 29-year-old designer has managed to stay grounded in her faith while continuing to live out loud. “In every single obstacle and setback I’ve gone through, I’ve always known to revert to prayer,” she says. We got a chance to chat with Mvuemba about all her successes within the past year.

ESSENCE: How have you been doing during the pandemic, which has coincided with so many social issues?
ANIFA MVUEMBA: I think I’m having so many different emotions. One day you’re extremely happy and you feel super empowered, and then the next
day you’re angry because another Black life has been lost to police brutality. But overall, right now I’m just grateful because I’m alive and my
family is fine. We had a really incredible show last month and we’re still able
to operate. 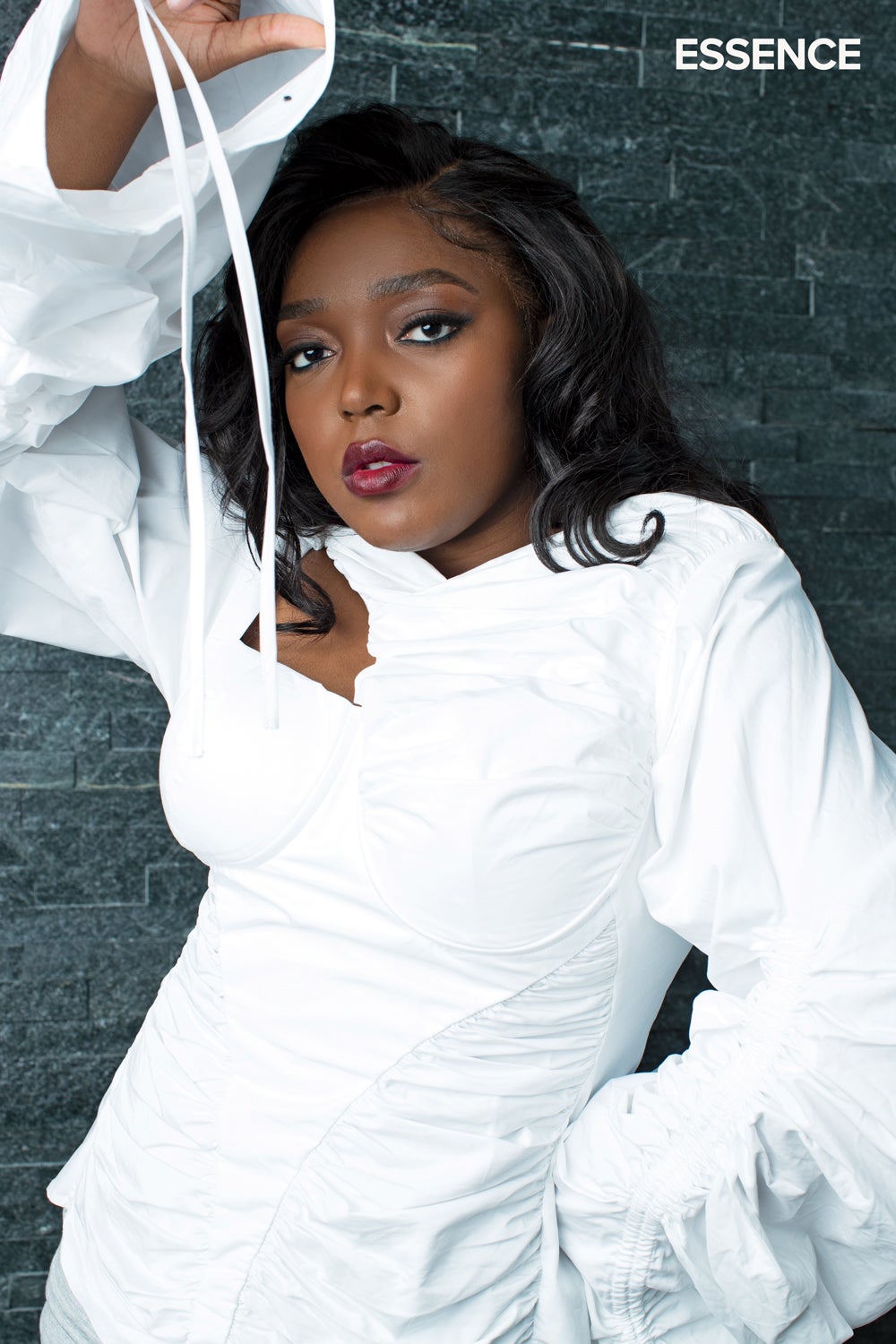 ESSENCE: Can you recap what this has been like for your label?
A.M.: At the beginning of the pandemic, I went into a mini depression. I was just like, Oh, my God, the world is suffering; people are dying. I can’t be thinking about putting out new stuff or dropping a new collection. But I’m grateful to have a really supportive team. They were just pumping it up, like, “No. People want to see fashion. People want to be inspired right now. People want to shop.” So after that, it was go time.

ESSENCE: Let’s take it back to the Ciara red pants in 2017. Walk us
through from the 2012 launch of your company to that photo.
A.M.: I think that Ciara photo was probably my first big moment. When started the brand, it was really like a hobby. I just fell in love with this whole thing. I didn’t really spend a lot of time focusing on how to be visible—I was just working. I’ve had my fair share of bad customer service. I actually quit in 2015. A lot of people didn’t know, but I was sewing every single order up until March 2018. I was my own manufacturer, because I didn’t have the resources. I
didn’t even know where to find a manufacturer.

ESSENCE: How did you eventually find those resources?
A.M.: I am the type of person—if I want something, I’m just going to
go and get it. I don’t know how I’m going to find it, but I’m going to learn. I didn’t know how to be visible to the people who mattered in the fashion industry. I’m a college dropout. I don’t have a blueprint for how you’re supposed to become a big fashion label or how you’re supposed to become a designer. I was just winging it and figuring it out on my own.

So I did a lot of research. I reached out to as many people as I could, and even though some didn’t respond, I kept pushing, and I kept doing what I had to do. And that’s why I started an initiative to help emerging designers. I teach them basically everything that I learned—because I know how difficult it is to come up in this industry, especially as a Black designer, a Black woman. The resources just aren’t really available. 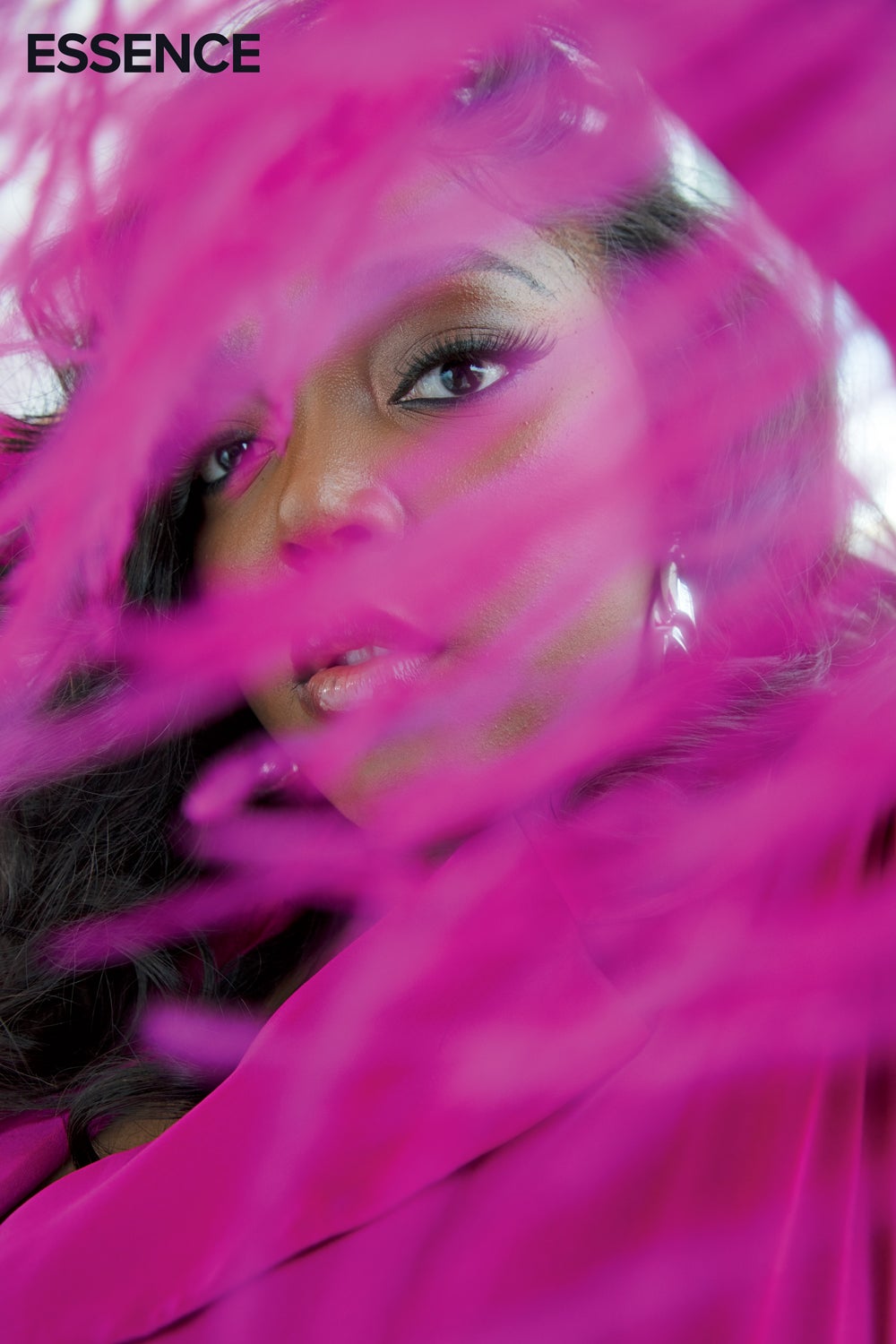 ESSENCE: You hosted a 3D Instagram Live fashion show that went viral in May. Can you explain how that felt?
A.M.: To be completely honest, this was like one of those moments where we were just making what we had work. When we were doing it, it wasn’t like, “Oh, my God, this is going to be groundbreaking.” We knew it was going to possibly go viral on Twitter—but it was really a creative expression. I felt that
people still weren’t seeing me as a designer. And I think this was the first time people were like, “Whoa, she’s a designer; she’s a creative.” It was a huge moment for me. I think I cried the following morning.

ESSENCE: What is it like to have a community of strong Black women supporters?
A.M.: Black women have been supporting me for some time, and I think a lot of them have also watched my journey from the beginning. It almost felt as if they were family. I didn’t feel alone. It was genuine. It was just amazing, incredible.

ESSENCE: How has your spirituality played a part in your designs?
A.M.: Christ is my foundation. It’s only right for me to acknowledge that, because that is a part of who I am.

This was originally featured in the ESSENCE September/October Global Fashion 2020 Issue.

WWE couples with big age gaps up to 39 YEARS, from Jerry Lawler and Lauryn McBride to Hulk Hogan and Jennifer McDaniel