Home » Lifestyle » How Velma became the most hated show on TV

She would have gotten away with it, too, if it wasn’t for those meddling Scooby-Doo fans. When HBO hired comedian and actress Mindy Kaling to reboot the delightfully ghoulish 1970s cartoon for its new streaming service, HBO Max, it seemed a no-brainer.

Scooby-Doo was hilarious to begin with and has a vast and surprisingly loyal following – many the same generation as 43-year-old Kaling. Plus, Kaling’s animated series, Velma, would celebrate original nerd-girl Velma Dinkley – she of the oversized spectacles and the not-so-secret brains of the operation. Geeks have never been cooler. Kaling is one of the most respected comedians on American television. What could go wrong? 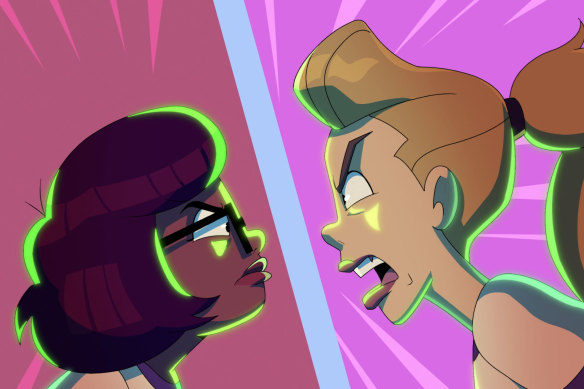 Velma has already been renewed for a second series, despite holding a 6 per cent approval rating on Rotten Tomatoes.Credit:HBO/Binge

Lots, it turns out. The backlash against Velma has essentially united all of humanity – and every side of the culture wars. Its diverse casting and racial revisionism have angered extremists. Viewers at the other end of the spectrum are appalled at the sexualising of teens and its juvenile humour. From puerile anti-cancel culture websites such as 4Chan, to “woke” Twitter, seldom has a series raised hackles so emphatically. The series currently has an abysmal 6 per cent approval rating on the review site Rotten Tomatoes and seems destined to become the most roundly loathed TV show of all time. We live in an age when nobody can agree about anything. But now we can all come together to share our dislike of Velma.

How could a Scooby-Doo spin-off have failed so emphatically? The answer to that question is provided 30 seconds into Velma, the opening two episodes of which have been received with horror and outrage by Scooby-Doo devotees. It begins with our heroine – voiced by Kaling – watching in disgusted fascination as two cockroaches enthusiastically copulate. Next comes a lurid shower scene featuring semi-nude and sexualised representations of 15-year-old girls.

Then the victim of a serial killer tumbles out of a locker and is revealed to have had her head sliced open in a style reminiscent of a “torture-porn” movie. “She has no brains!” says Velma. The remark could have been directed at the show itself.

Scooby-Doo diehards haven’t been slow about venting their dislike (“seething hatred” is probably more accurate). Velma, which purports to tell the origin story of the “mystery gang” of Velma, Fred, Daphne and stoner Shaggy, has not been greeted warmly on social media. “Velma was just boring and unfunny and sexualised teens,” tweeted one viewer after the first two episodes debuted in the US on January 12. 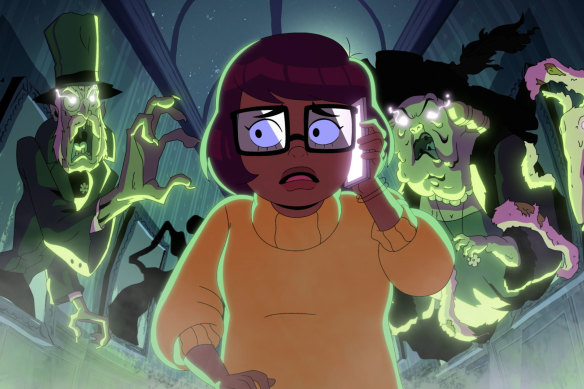 “It looks like Velma is shaping up to be a massive disaster,” said another viewer. “Note how it says she’s 15 … The first pic of the show was of a naked Daphne, so they’re sexualising minors AND the writer is transphobic.” The transphobic claim comes from the fact that Kaling “liked” a tweet by J.K. Rowling, whose views on gender have turned her into a bete noire among certain sections of the internet.

Whatever the truth of Kaling’s personal views, the real problems with Velma are proudly on display on screen. Red-haired Daphne – East Asian in this telling – is reborn as a sexually aggressive mean girl (aged 15). Goody two-shoes Fred is a sexist, blue-blooded himbo whose biggest crime is to be white. Shaggy – introduced by his “real” name of Norville – is a broken man-child who has an unrequited crush on Velma. None bear any resemblance to their Scooby-Doo selves.

That is particularly true of Velma herself. Kaling has reimagined the character as a bookish Indian-American with crippling self-esteem issues and a grudge against the entire world.

However, not everyone appreciates Kaling for projecting the stereotype of the nerdy introvert on to Velma, who is also revealed to be gay. “I’m happy Mindy Kaling’s style of writing brown girls that hate themselves wasn’t around when I was younger and only became a thing when I was at the age where I loved my heritage and skin colour,” tweeted one woman of South Asian heritage. “I can’t imagine being young and already self-conscious and then seeing that portrayal.”

Then there’s the treatment of Fred, a privileged man-baby yet to enter puberty (despite being aged 16). The original Fred was one of TV’s most famous frat boys, but the cartoon made him sweet and lovable. Velma is nowhere near as clever or subversive.

“Fred is guilty because he’s rich and white. There are so many better ways to write a motive, but instead they went for the low-hanging fruit of social commentary,” protested one fan on the Scooby-Doo discussion forum on Reddit. “You want to make me think you’re a smart meta show that’s subverting all the stereotypes and expectations? Then don’t use the easiest, most on-the-nose types of commentary out there.”

There’s a twist ending, too. Despite the backlash, Velma was the most watched HBO Max animation ever – and has already been renewed for a second series. It’s almost as if it was calculated to trigger the audience and generate lashings of free publicity (YouTube is already littered with furious Velma “reaction” videos). If that is the case, then the dastardly plan has paid off in spades.